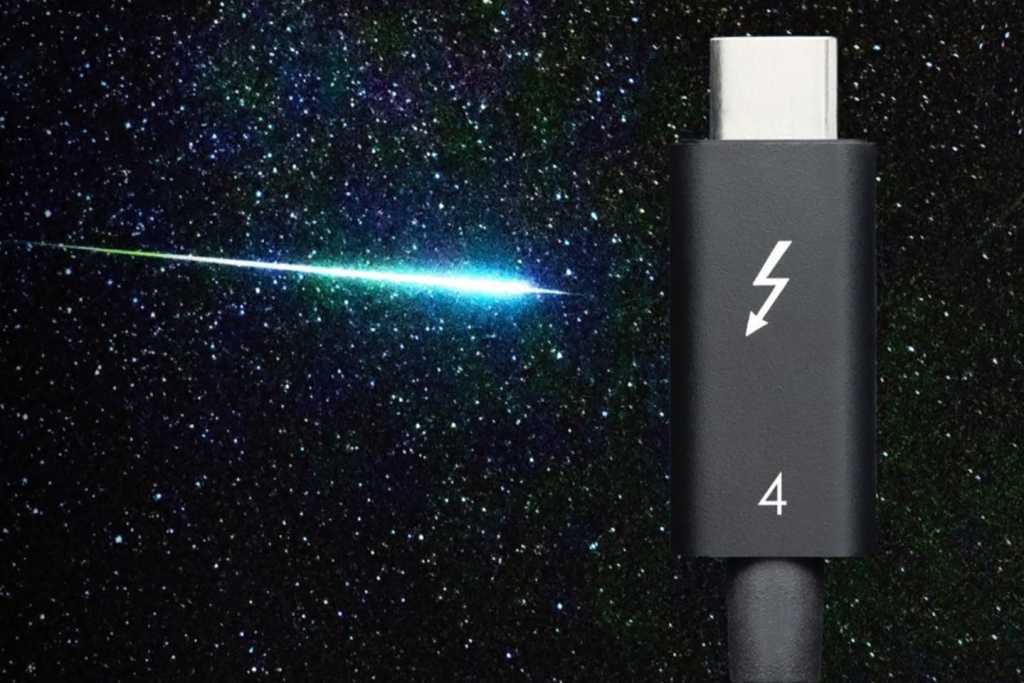 But if you have a Thunderbolt port, you do want to take advantage of its many benefits—not just for displays, but for high-speed connectivity and charging as well. While a Thunderbolt display may not be your first or best priority, we help you decide by walking through the pros and cons, and some PC-compatible monitors you can buy on Amazon.

Thunderbolt is an advanced connectivity standard, developed by Intel and first launched in 2011. (Thunderbolt has been on Apple products, most notably the MacBook Pro, since 2013.) It uses the USB-C physical interface for connecting and powering I/O devices, displays, peripherals, you name it—including DisplayPort displays running over the Thunderbolt cable. 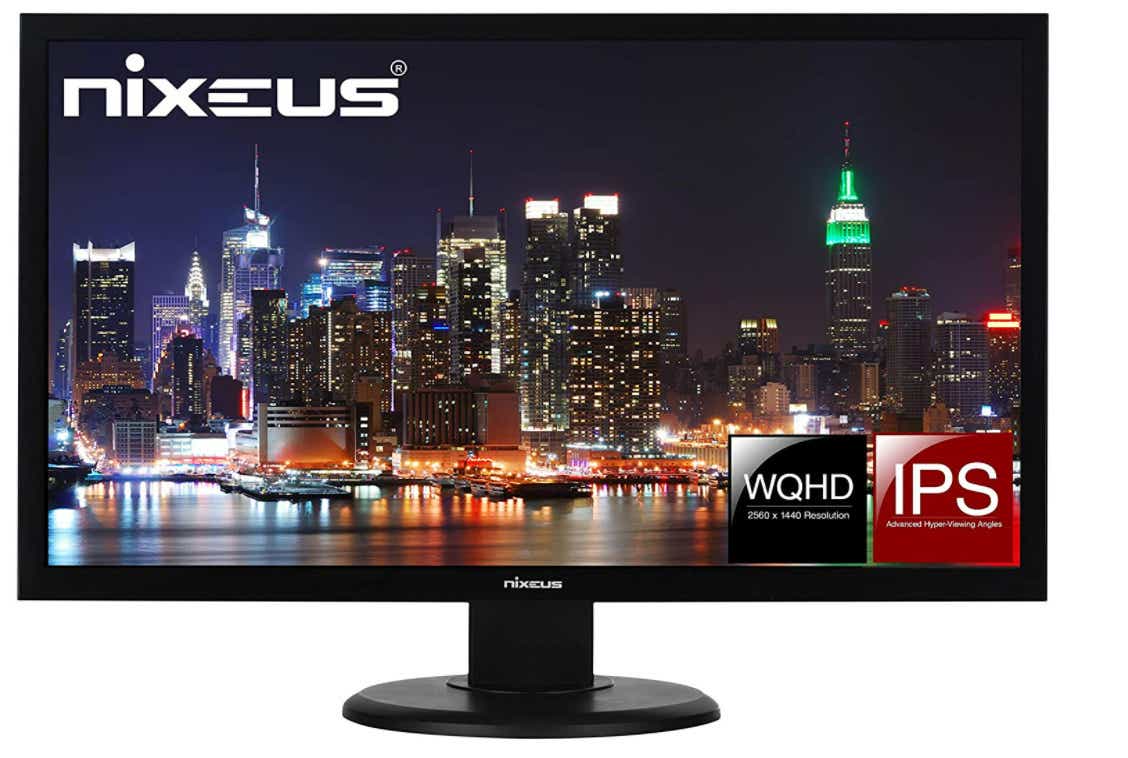 While USB-C maxes out at 20Gbps transfer rate (and can’t always deliver power), Thunderbolt communicates up to 40Gbps directly to a monitor. That’s more than enough bandwidth to handle the demands of two 4K displays running at 60Hz, which is one of the format’s compelling advantages. Because it can handle power and data signals on the same cable, Thunderbolt also simplifies setup and allows daisy-chaining of a laptop or second monitor.

Thinner laptops tend to shed legacy ports, so another use for a Thunderbolt port is to connect a Thunderbolt dock. It offers plenty of bandwidth to keep using your old USB key drives, or to connect a display via HDMI or DisplayPort if your dock includes them.

As mentioned above, Thunderbolt displays have existed mostly for the Mac market up to now, and as a result they still tend to be expensive. Your best reason for getting one now is for future-proofing, as we discuss further below.

Pros: A clean, simple investment in the future

A big part of Thunderbolt’s appeal is its clean cabling solution, which requires just one cable out from your PC for both power and data. A Thunderbolt-enabled display often also serves as a USB hub. 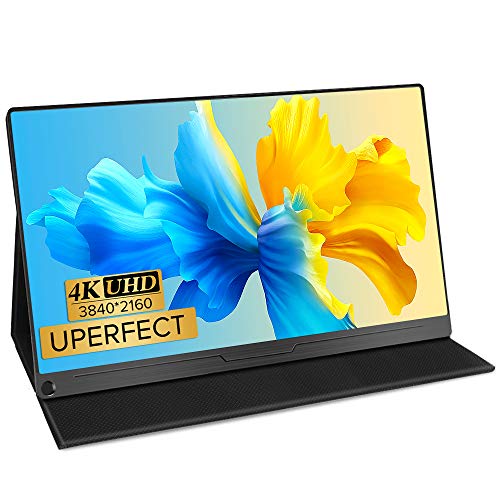 Two other display connections compete with Thunderbolt: HDMI (used primarily for TVs and general-purpose PCs) and DisplayPort (primarily for PC, especially gaming PCs). Both are video-only connections, and they can’t deliver power—that requires a separate cable. That’s another compelling argument for investing in Thunderbolt as “one cable to rule them all.”

Thunderbolt cables, like the USB-C cables on which they’re based, have another big plus: They’re reversible, flexible, and easy to plug in. If you’ve ever fumbled around the back of a display, trying to blindly plug in a cable by touch, you’ll appreciate how Thunderbolt (and USB-C) uses a reversible connection.

Clarity is another Thunderbolt advantage. With competing standards such as HDMI, you must check carefully to make sure your cable is compatible with your port, or you risk losing bandwidth to the limitations of an older-standard cable. Thunderbolt cables are clearly labeled with both the Thunderbolt lightning-bolt icon and a number (‘3’ or ‘4’) at the end of the cable.

The biggest problem with Thunderbolt displays is that most are expensive. LG, for instance, tends to reserve Thunderbolt for its higher-end, premium displays, like the LG34BK95U widescreen 5K displayRemove non-product link, which is priced at about $1,200. The majority are priced at about $500 and up. We did find a few exceptions, which we’ve listed in our “What to buy” section below.

In my personal experience, Thunderbolt connections can also be finicky. Simply adjusting the position of a Thunderbolt-equipped laptop on a desk can sometimes disconnect the signal. Will the same thing happen when you lower, tilt, or pivot a Thunderbolt display? I also have concerns about Thunderbolt connectors wearing down over time, just like USB-C connectors do on phones. (The latter has given me a new appreciation for wireless charging.)

Note that current, copper-based Thunderbolt 3 cables experience signal degradation. While the spec allows for a cable up to three meters long, the maximum 40Gbps bandwidth is guaranteed only in cables up to two meters long. Optical Thunderbolt cables promise to remove this limitation.

Speaking of bandwidth, Thunderbolt 3 (as well as Thunderbolt 4) may be falling behind. It offers 40Gbps, enough for a pair of 4K displays or a single 5K (5120×2800) display at 60Hz. But HDMI 2.1 offers 48Gbps, enough for a 5K/60 monitor or 10K/60 display using Display Stream Compression (DSC). HDMI 2.1 also promises a VESA-compatible version of the variable-rate technology used in FreeSync and G-Sync, known as VRR. DisplayPort 2.0-compatible displays will offer a theoretical maximum of 80Gbps, with up to a pair of 8K displays at 120Hz using DSC.

Thunderbolt displays: What to buy

Desktop PC displays seem to come mostly from LG, and to a lesser extent, Samsung. Most of the models offer Thunderbolt along with traditional HDMI and DisplayPort connections, covering all bases.

Travel monitors may offer Thunderbolt and nothing else—and seem to offer the best bang for buck for this interface. These portable monitors fold down like a tablet, with a kickstand. In the past, most of these have been crummy 1080p displays powered by USB-A or something similar. We’re seeing more take advantage of Thunderbolt’s compact, high-speed interface to create a new category of 4K travel displays.

Within the category of travel displays, UPERFECT offers a 4K, 15.6-inch travel display with HDR and FreeSync for gaming on the go—all for $339.99. That’s an excellent value all the way around, especially if you travel or anticipate traveling in the near future.

Investing for the future

The current lack of Thunderbolt-equipped displays is the strongest reason to forgo a Thunderbolt display and choose from the hundreds of traditional HDMI and DisplayPort displays instead. The better pricing and availability of “traditional” displays means better deals during the holidays and other sale times, too.

Thunderbolt-powered displays can be a product that’s worth investing in, now, but more likely will be one that should be watched as more manufacturers enter the market and prices fall. Remember, if you own a laptop with Thunderbolt ports, you can still buy a Thunderbolt dock and (if you buy the right one) connect to basically every device and display you already own.