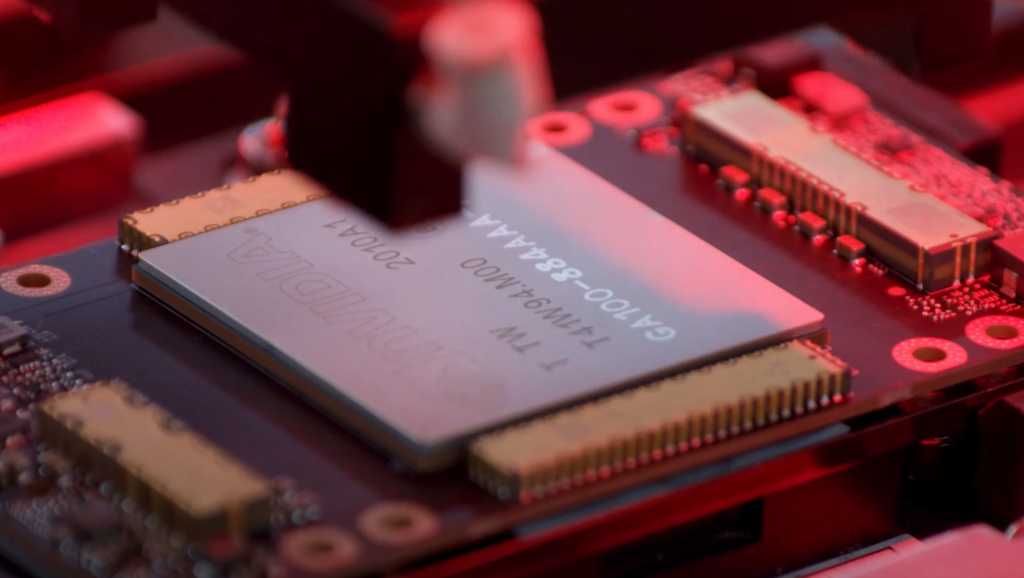 Nvidia’s GPU Technology Conference largely focuses on developer, business, and data center announcements, and the slide showing a 2022 release for Ampere Next relates to that context—not consumer-oriented GeForce graphics cards. Nonetheless, Nvidia’s latest and greatest architectures usually debut in the form of ultra-expensive data center GPUs before trickling down to PC gamers as GeForce products. That happened for this first Ampere generation, for example.

So the 2022 arrival of Ampere Next indicates that any additional GeForce GPUs released this year should be based on the current “Ampere” GPU architecture.

The news doesn’t come as a shock considering that modern GPUs tend to have a 1.5- to 2-year lifespan before being replaced, and the GeForce RTX 30-series GPUs just launched last September. And it might not even be a disappointment for many folks since you can’t even buy a graphics card right now. But the ferocious GeForce RTX 3090 looks like it will remain the gaming champion for the foreseeable future, even if the hotly rumored RTX 3080 Ti debuts this spring as anticipated. The RTX 4080 might not be here for a while.