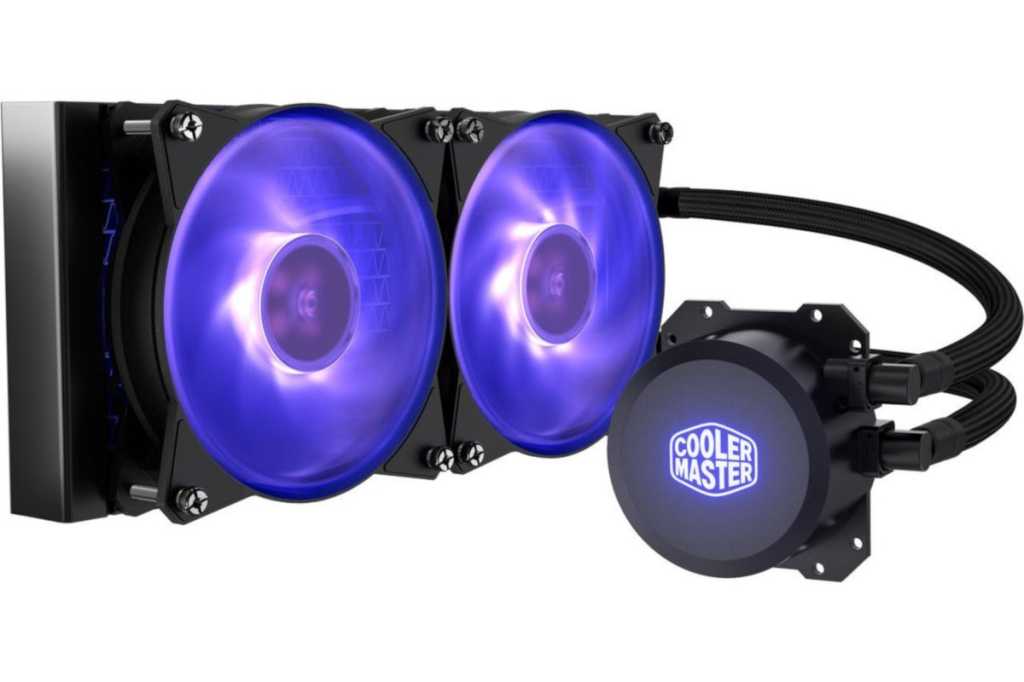 Upgrading your sweet desktop rig isn’t easy right now with prices completely out of whack for GPUs and CPU supplies constrained. We can’t help you with either of those problems today, but we found a ridonkulously good deal that might help squeeze more performance out of the CPU you already have. The Cooler Master MasterLiquid 240mm all-in-one liquid cooler is just $50 at NeweggRemove non-product link after a discount and a $25 mail-in rebate. Closed-loop liquid coolers this large often cost closer to $100 (and sometimes more). The offer is available until Friday.

This closed-loop CPU cooler features two 120mm fans atop the radiator, with RGB lighting both those and the the CPU block itself for a customizable look. Cooler Master designed the AIO to fit a wide range of CPU sockets, both new and old as well as AMD and Intel.

Replacing a stock air cooler with an AIO liquid cooler is an excellent way to reduce CPU temperatures compared to most heatsink and fan models. With lower temperatures, your CPU can stay at its boost (or overclock) speeds for longer periods of time. That translates into better overall performance in general, though of course your mileage may vary depending on your specific CPU’s behavior and desktop configuration. At the very least, AIOs are also much quieter than regular cooling fans even when under heavy load, as long as they’re installed correctly.

If you’re looking for a CPU to pair with this cooler (assuming you can find one), check out our round-up of the best CPUs for gaming.