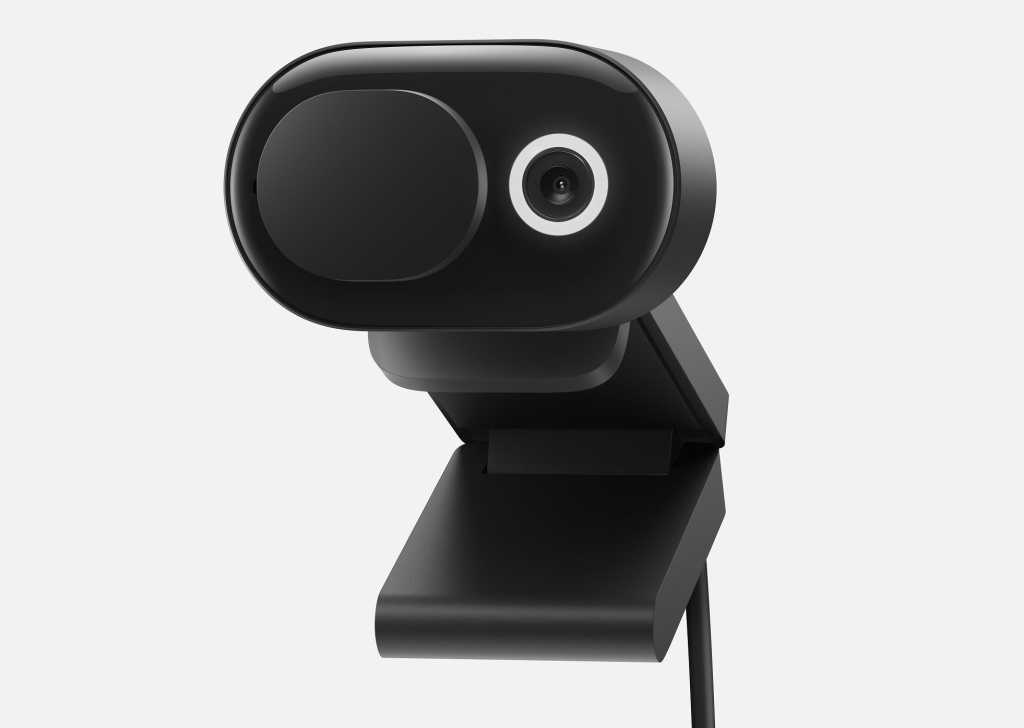 Microsoft is launching a host of productivity accessories geared for remote work.

In light of how the pandemic has made remote work the norm for many, Microsoft’s new peripherals make sense. Both of the new Modern headsets are Teams certified—and, in a twist—include a dedicated Microsoft Teams button. Webcams have become essential equipment for videoconferencing, while Microsoft’s noise-cancelling Surface Headphones were designed with noisy offices (or homes!) in mind.

Microsoft already has vibrant, 1080p webcams in Surface and Surface Book devices. The affordable Surface Laptop’s integrated webcam is just 720p, however, so Microsoft’s Modern Webcam provides an upgrade opportunity. It offers a 1080p resolution, an integrated privacy shutter, and an optional mount for either your laptop or a tripod. HDR and auto-exposure are other highlights. Interestingly, however, the Modern Webcam does not support Windows Hello.

The challenge Microsoft’s Modern Webcam faces is that there are already dozens of inexpensive 1080p webcams on the market, lacking Microsoft’s name recognition but piling on similar features, at least on paper. (Microsoft has an older Lifecam lineupRemove non-product link, but none of those webcams offer greater than 720p video.) The Modern Webcam does boast some Microsoft-specific touches, including a new True Look “facial retouch” feature and Teams certification.

Historically, Microsoft’s peripherals business has been oriented around mice and keyboards. Beginning with the original Surface Headphones, and now with three new headsets, Microsoft has moved assertively into the audio business.

Microsoft’s $50 Modern USB Headset and $100 Modern Wireless Headset are cousins, though they differ in slight ways beyond their connectivity. Both headsets are Microsoft Teams-certified and include a dedicated button to launch a Teams call. However, both differ in how you can mute calls: While the Modern USB Headset includes a dedicated mute button, users mute the Wireless Headset by raising the boom mic. Both include status LEDs to indicate whether the mic is muted.

The Modern USB Headset uses a USB tether, measuring about 39 inches in length, with a USB-A connector at the end. The headset provides up to 91dB of sound output via a 28mm speaker driver.

The Modern Wireless Headset connects via Bluetooth, with the same speakers as the USB Headset. The improvements here include a noise-cancelling mic, as well as the freedom from cables. The Wireless Headset can be charged fully in 2.5 hours, with up to 30 hours of talk time on a Teams call, or 50 hours of wireless music listening.

Roughly a year after Microsoft decided to remove the Cortana functions from the Harman/Kardon Invoke, Microsoft has introduced a Cortana-less USB-C speaker for both Teams meetings and music playback. The small (5.43 x 2.8 x 1.1 inches) speaker includes a pair of omnidirectional mics for Teams calls, and a 50mm speaker for music playback. It, too, has a Teams button. It’s not wireless, however—yes, that means no Bluetooth—and connects via a 26-inch USB-C cord directly to a PC.

Updated at 9:16 AM with additional details.