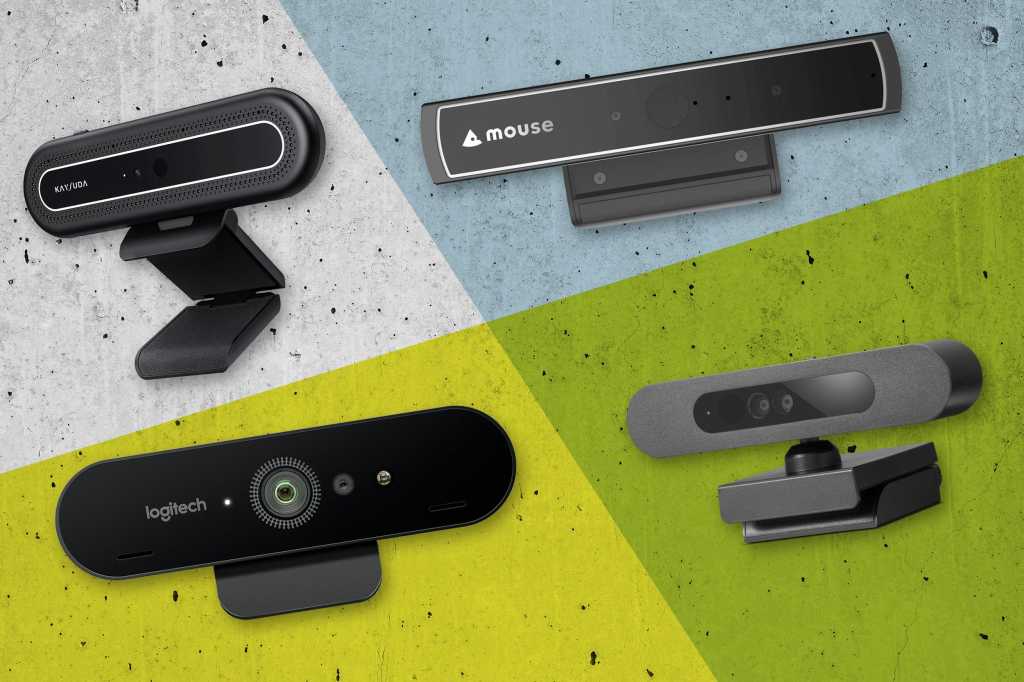 Specialized webcams that support Windows Hello are still, surprisingly, rare. Microsoft’s secure-login system using fingerprint, biometric, and facial recognition technology is, after all, a unique feature of Windows 10 and Windows 11. It makes sense users would want to pair a  desktop PC or older laptop with a Windows Hello-compatible camera in order to get its convenient security benefits.

You might think that Microsoft’s just-announced Modern Webcam would be an option, but, alas, it offers no Windows Hello support! That omission is even weirder given that Microsoft’s Windows 10 21H1 release prioritizes external, Windows Hello-enabled webcams over the integrated laptop camera. It seems like Microsoft missed an opportunity that other camera vendors snapped up. That’s fine! There’s surprisingly plenty of Windows Hello webcams to choose from, most with 1080p resolution or even better. 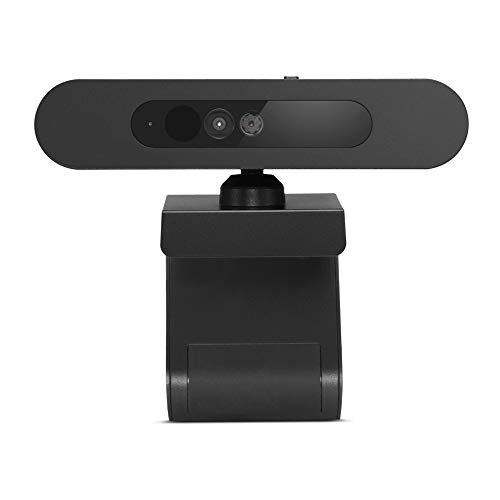 Lenovo’s 500 FHD webcam ranks at the top of our list of Windows Hello webcams for your PC, and here’s why: Lenovo is a trusted brand, the 500FHD offers 1080p support for Zoom calls and Microsoft Teams chats, there’s a privacy shutter, and it’s currently on sale. (The MSRP is $69.99). About the only drawback is that it only clips to your PC, and can’t be mounted on a tripod. It uses a USB-C connector, too.

Mentioned in This Article 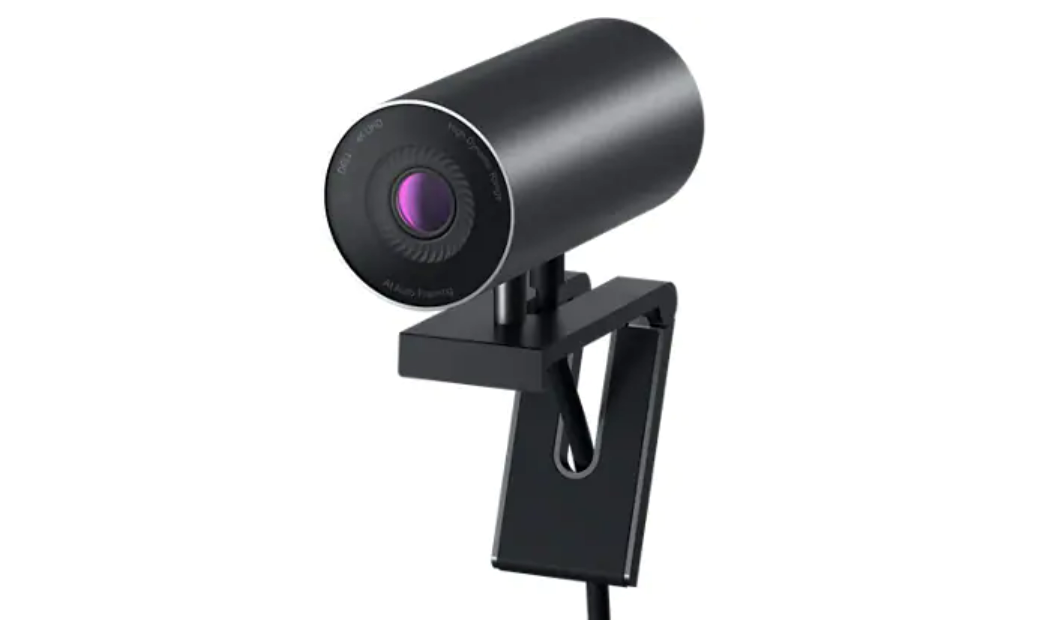 Dell’s UltraSharp WB7022 webcam is unusual in that it’s one of a small but growing number of 4K webcams designed either for streaming video or for those who simply desire to look one’s best in a videoconferencing call.

It offers a ton of features: HDR, auto-focusing, digital zoom (up to 5X), framing, brightness, saturation, and more. Unusually, the WB7022 is neither fixed-focus, nor does it offer a fixed field of view (FOV). Dell’s AI framing crops the image to keep your face centered, and you have the option of configuring the field of view from 90 degrees, 78 degrees, and down to a narrow 65 degrees. Dell applies HDR, temporal, and spatial noise reduction to help you look your best.

There’s no mic (Dell uses your laptop instead) and a magnetic privacy shutter that clips on. See our story on Dell’s WB7022. 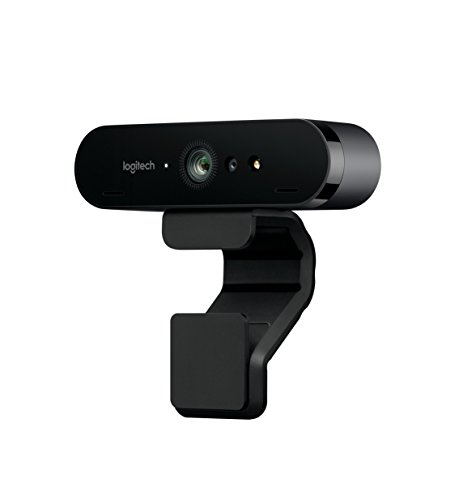 Logitech’s Brio still ranks highly among premium webcams, primarily because it’s one of the few autofocusing webcams that captures in 4K resolution. Windows Hello comes along for the ride. The Brio includes a ton of features to make you look great, and its Windows Hello support will log you in in a snap. The MSRP is $199.99, but you can find it for less, such as Amazon’s current price of under $175. That is, when this popular camera isn’t sold out.

For many, Logitech’s Brio Ultra HD will be overkill. But a legion of devoted fans also considers it to be the gold standard for PC webcams, with or without Windows Hello. 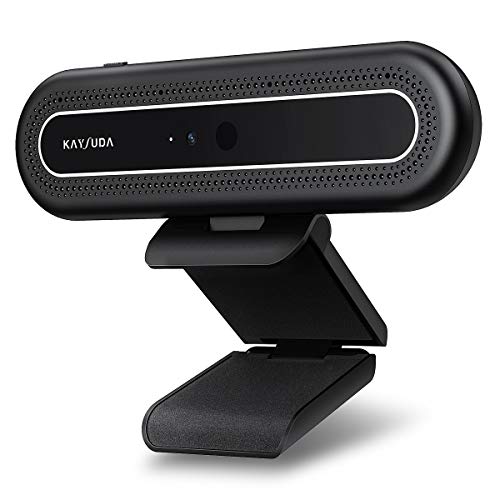 Kaysuda’s CA20 is a 1080p upgrade from its 720p webcam that offered similar features. As users note, however, the image quality isn’t as high as some had hoped for, especially with Windows Hello-less 1080p webcams already out there. The camera does seem to work well recognizing users though, and includes a pair of omnidirectional mics for improving Zoom and Teams calls.

According to Kaysuda, the CA20 comes with a privacy switch. While the camera doesn’t include its own tripod, it does come with a tripod thread so that you can add your own. The handy laptop clip should serve, otherwise.

Not the greatest brand name, certainly. This 720p MouseComputer webcam ranks highly on Amazon, though users have complained that you’ll need to make sure Windows is up to date and that your webcam is directly plugged into your laptop. (It’s possible that the Windows 10 21H1 Update feature listed above was specifically designed to address this.) The webcam clips directly onto your laptop or monitor. There’s no privacy shutter, unfortunately.

This story was updated on Nov. 23, 2021 to provide more shopping links and additional details.