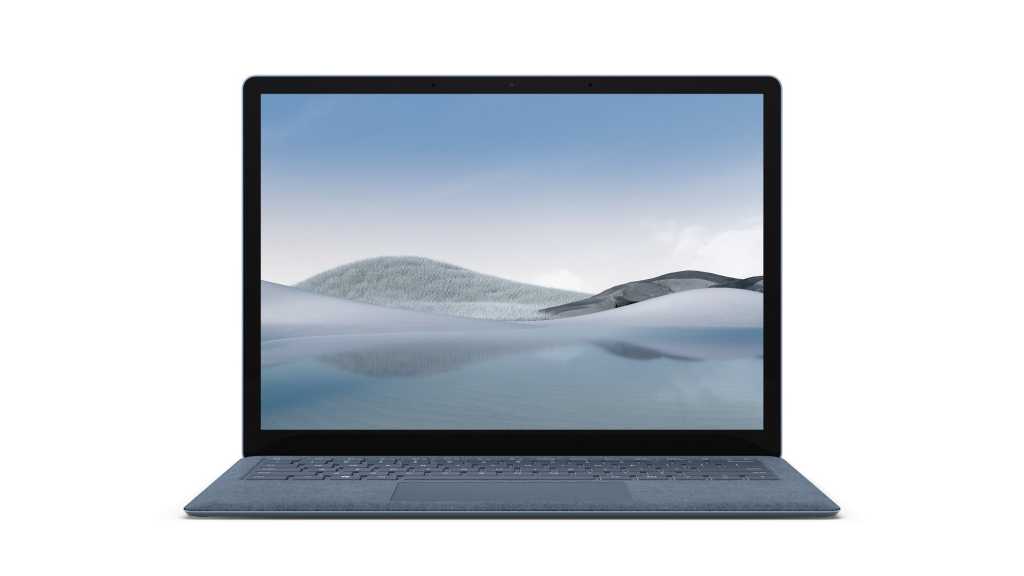 Does it live up to the hype? Does it ever. Although the difference between the two generations of Surface Laptops narrows during everyday activities, our early tests show the Surface Laptop 4 winning any CPU-intensive tasks by a mile. (If you were eyeing Microsoft’s offer of a free pair of Surface Earbuds for each Surface Laptop 4 pre-ordered on or before April 15, this may provide some incentive!)

Microsoft will begin shipping the Surface Laptop 4 on April 15 in both of its traditional display sizes: 13.5-inch and 15-inch. Inside you’ll have a choice of two microprocessors: either the 11th-gen (Tiger Lake) Core chip from Intel, or the Surface Edition processor codesigned by Microsoft and AMD, and based on AMD’s Ryzen 4000 mobile CPUs (Zen 2 architecture). While the Intel CPUs are off-the-shelf, the Surface Edition processors are upclocked parts that you can find in no other notebooks on the planet. See our original news story for the prices, specifications, and configurations of each Surface Laptop 4.

We received a 15-inch variant of the Surface Laptop 4, with the eight-core Ryzen 7 4980U Surface Edition inside of it. The operating system reports it as a 2GHz chip, with boost speeds that (per the utility CPU-Z) appear to climb no higher than 4GHz.

This story offers a sneak peek solely at the Surface Laptop 4’s performance on a limited number of benchmarks, ahead of our full review. You may notice some slight differences from the numbers we eventually publish in our review, as we normally run multiple instances of each benchmark to ensure accuracy. We haven’t performed battery life tests yet either.

UL’s PCMark 10 measures everything from how well your laptop will perform in a video chat, to word processing and spreadsheet work, photo editing and rendering, and even light gaming. In these everyday tasks, there’s little generational difference: The Surface Laptop lands 4 percent to 6 percent ahead of the fastest Surface Laptop 3.

HandBrake, an open-source utility, constitutes our other CPU test, by taxing the laptop on a prolonged load—transocding a full-length, full-resolution Hollywood movie into a format suitable for storing on an Android tablet. This process can take more than an hour with older hardware. How well can the Surface Laptop 4 handle running all-out over a prolonged period? How well did Microsoft engineers design the Surface Laptop 4’s cooling solutions, so that it won’t throttle down to preserve stability? HandBrake tells us: very well!

These preliminary benchmarks drop some strongly positive hints about the latest Microsoft Ryzen 7 4980U Surface Edition processor powering the Surface Laptop 4. Many questions remain unanswered, especially the all-important battery life. We also haven’t looked closely at whether the Surface Laptop 4 throttles its CPU or its GPU under various loads. We haven’t received an Intel-based Surface Laptop 4 for review, either—how well will that do? Finally, of course, we’ll need to evaluate the Surface Laptop 4’s display quality, keyboard and trackpad performance, connectivity, and other attributes.

All these questions and more will be answered in our formal review. Meanwhile, we have this strong indicator: twice as fast as the Surface Laptop 3. Twice as fast. In most benchmarks, Microsoft’s Ryzen-powered Surface Laptop 4 is delivering on its promise.