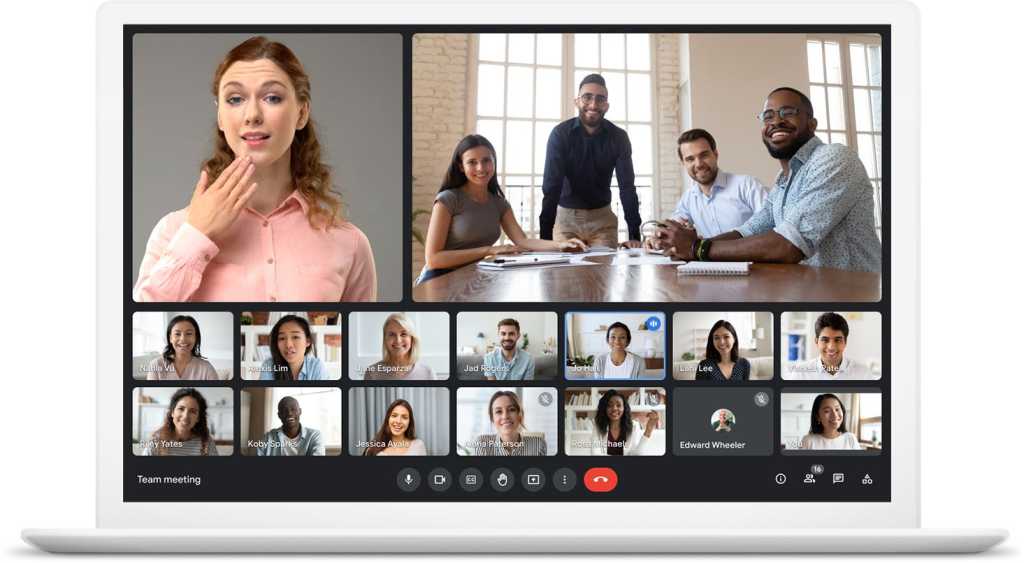 In the ongoing feature war of videoconferencing software, Google Meet is shifting focus to, well, you by overhauling its interface as well as offering AI-powered autozoom and low-light features in the coming weeks and months.

Google Meet, which became part of Google Workspace in October, sits alongside Google Classroom as one of the more popular solutions for education alongside Zoom and Microsoft Teams. In June 2020, Meet added custom backgrounds, a “raise hand” feature, and a larger gallery view; this past February, it added muting and “end meeting” functions, among others.

Now, Google says that it plans to revamp the Meet UI to minimize the UI and maximize the space that participant windows take up. There’s one exception: some kids—mine among them—become anxious when seeing themselves on screen, and Meet is allowing them to hide their own video window entirely.

In general, though, the idea behind the revamped Meet UI is to push participant video into the forefront. People who are making a presentation can now “unpin” their presentation and make it the size of the other windows, allowing them to focus on their audience, and not the content. Users can also unpin their own feed, hide it, or push it off to the side.

Focusing on you is also the, er, focus of the two new AI-powered features. Meet’s new Autozoom feature will crop in on your face and position it, so if you move your head back and forth Meet will make its best effort to keep your face well positioned in the chat. (Autozoom will be available in the coming months, and only to paid Workspace subscribers.) AI-powered light adjustment, a feature Meet added to the mobile app last year, will now be added to Meet for the Web. If Google’s AI thinks your face appears too dim, Meet will apply lightening algorithms to brighten your appearance.

And Google is also going to steal a page from Zoom, which has allowed users to create custom backgrounds—with static images and video—for years. Meet on Android and iOS will allow custom video backgrounds in the coming weeks, with options including a forest and a party.