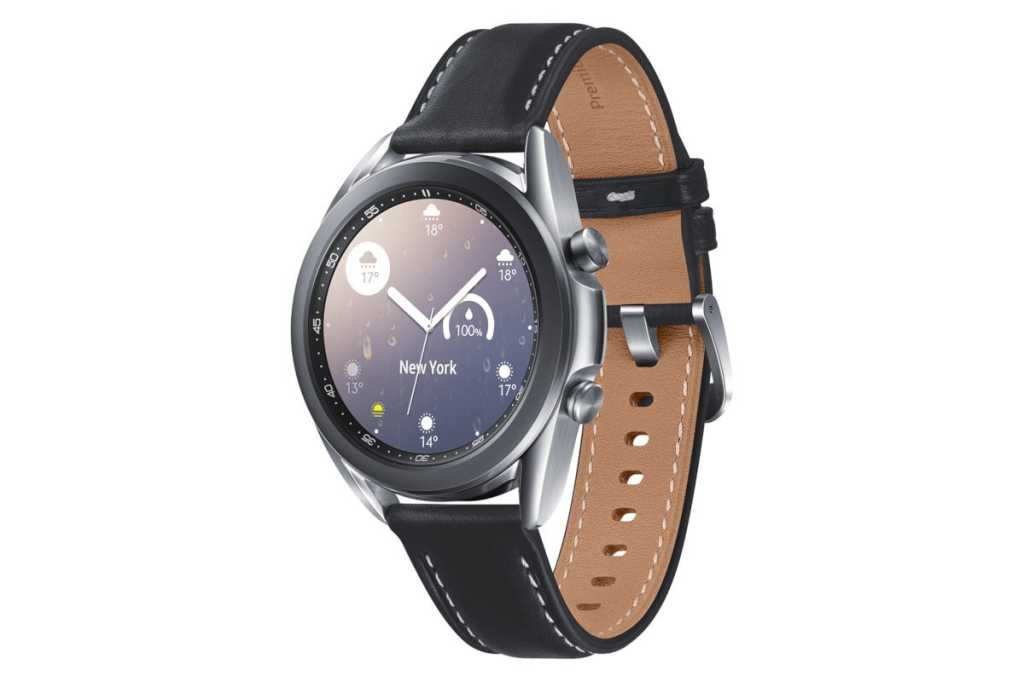 Editor’s Note: After publishing this post it came to our attention that the $90 price is a “maximum discount” after an eligible trade-in of select smartphones, tablets, or smartwatches. We regret the error.

The best smartwatch for Android users is available at a jaw-dropping sale price right now, if you have the right kind of trade-in, that is. Samsung is selling the 41mm Galaxy Watch 3 for as little as $90Remove non-product link down from the usual $400 MSRP. You can get the larger 45mm version for an extra $40 ($120 total).

To get the deal, however, you need to trade-in an eligible smartphone, tablet, or smartwatch. The maximum discount to get that $90 price requires an Apple Watch Series 5. But there are other discounts on a sliding scale depending on the device. For smartphones, Samsung accepts select versions of the Galaxy S7 and S8, the Galaxy Note 5, the iPhone 6 up to the iPhone 7, and Google’s Pixel, Pixel XL, and Pixel 2. For tablets you can trade-in the Galaxy Tab A, and the Galaxy Tab S2 (8- and 9.7-inch screens), as well as the iPad Mini 3. Samsung smartwatch trade-ins include the Galaxy Watch, Gear Fit 2, Gear Sport, Galaxy Watch Active, Galaxy Watch Active 2, and Gear S3. Apple Watch trade-ins are accepted from Series 3, 4, and 5.

Our U.K. sister site Tech Advisor calls the Galaxy Watch 3 the best choice for Android users. “The Galaxy Watch 3 is among the best smartwatches available at the moment, topped only by the Apple Watch Series 6. The thinner, lighter body and larger display of the Galaxy Watch 3 make for a premium look, and the rotating bezel continues to outshine the competition as the most intuitive way to interact with a smartwatch,” they said.

The Galaxy Watch 3 offers many of the key features you’re looking for in a smartwatch, including automatic workout tracking, sleep and stress monitoring, and heart rate tracking. It’s also rocking VO2 Max, ECG, and SP02 readings for U.S. customers.

One of the hallmarks of Samsungs’s watch design is its traditional circular look with a physical rotating bezel. This feature makes navigating the watch a treat, and it was so popular Samsung even brought a software-based version of the rotating bezel to the lowly Samsung Galaxy Watch Active.

The Galaxy Watch 3 runs on Tizen instead of Google’s Wear OS, which means you don’t get the wide availability of apps that you do on competing platforms. Still, there are a small number of mainstream watch apps available, such as Spotify, Strava, Flipboard, Uber, a Philips Hue app, and of course SmartThings.

On its own terms, however, it’s a very good watch and if you can get a good trade-in discount you won’t find a better deal.