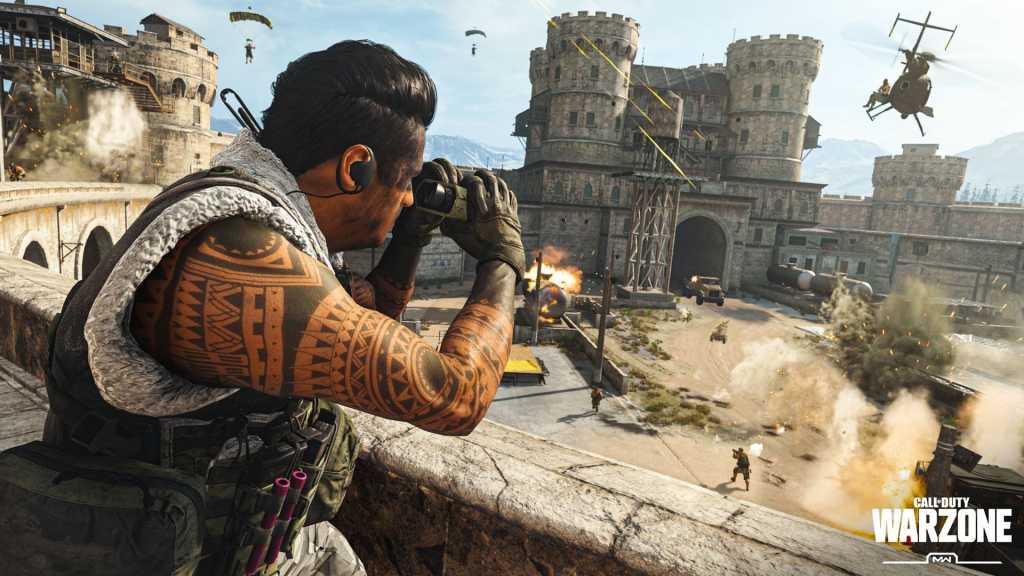 Call of Duty: Warzone just hit 100 million players, and to celebrate, Activision’s fast-paced battle royale game is giving you the gift of faster performance—if you own a swanky GeForce RTX graphics card, that is. Nvidia’s fantastic Deep Learning Super Sampling (DLSS) technology just landed in both Warzone and Call of Duty: Modern Warfare, Nvidia announced, promising a speed boost of up to 70 percent in one of the best free PC games around.

Normally we’d scoff at such lofty claims but Nvidia’s DLSS 2.0 works like black magic. The technology internally renders games at a lower resolution to improve performance, then leverages the AI tensor cores embedded with modern RTX GPUs to intelligently upscale the final image to fit your chosen resolution. The final result? Much higher frame rates with little to no loss in visual fidelity, depending on which DLSS quality setting you select. In some cases DLSS can even make games look better than native rendering. (We said it works like black magic!)

DLSS doesn’t work with Radeon graphics cards or Nvidia’s own GTX-branded offerings, however.

Here are some Nvidia-supplied benchmarks showing how Call of Duty: Warzone performs with DLSS on and off. Always take vendor-supplied data with a big punch of salt, but this should broadly illustrate what you can expect to see in the game. The higher the resolution, the more of a difference DLSS makes.

GeForce gamers can now seize a significant performance advantage in Warzone. Not only can DLSS boost frame rates by a ton, but the shooter also supports Nvidia’s fantastic Reflex technology, which can drastically lower latency under the right circumstances. Combine the two and your rifle could start firing almost before you pull the trigger. The Call of Duty franchise is turning into a paragon of Nvidia’s “Frames win games” philosophy. Yee-haw.

You can tap into the faster DLSS speeds now after making sure both your Nvidia drivers and your Call of Duty install are updated. (Call of Duty: Black Ops Cold War already supported DLSS in its multiplayer, campaign, and Zombie modes.) The video below shows the technology in action.

In addition to Warzone and Modern Warfare, Nvidia DLSS also debuted in Outriders, Mortal Shell, and Naraka: Bladepoint this month, expanding the total number of games with DLSS support to over 40. Now only if you could actually buy a graphics card…