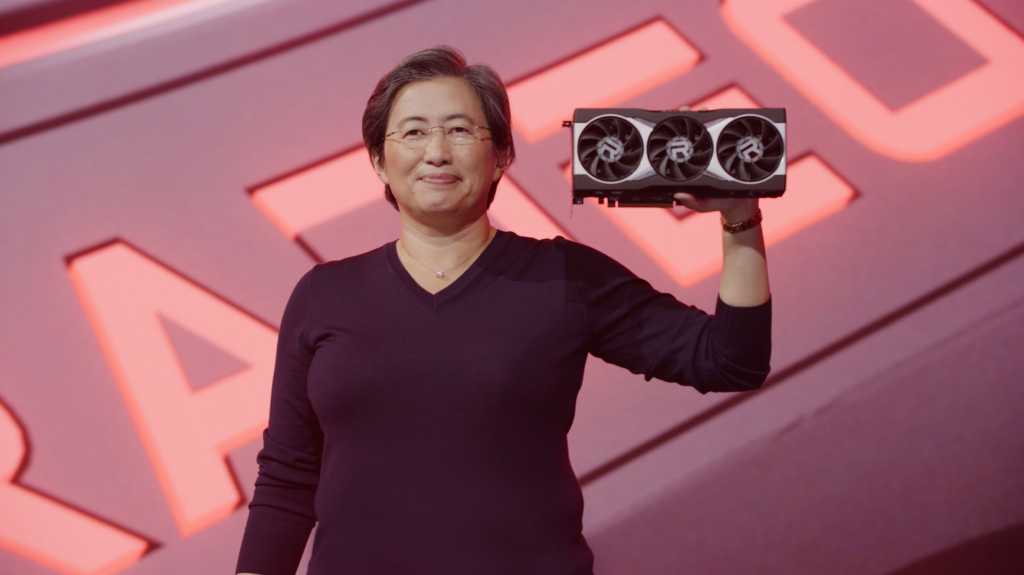 AMD executives said they plan to deliver more GPUs during the second half of 2021, in an attempt to alleviate the supply crunch. Discussed during the company’s quarterly earnings call, the supply shortage was an indicator of company’s strong sales: Revenue nearly doubled from a year ago.

AMD chief executive Dr. Lisa Su told analysts Tuesday that the company believes it’s gained market share in the PC space, as the company plans to increase the number of notebooks powered by its Ryzen 5000 Mobile series of processors by about 50 percent during 2021. (Our review of the Ryzen 5800U Mobile processor shows it’s on a par with Intel’s latest 11th-gen Tiger Lake chips.) Revenue from the Radeon 6000 GPU lineup more than doubled from the prior quarter.

“It’s fair to say that the graphics demand is very high across the marketplace, so we’ve actually put quite a bit of product into the market,” Su said during the company’s first quarter 2021 earnings call with analysts. “But yes, demand still exceeds supply. You’ll see that increase as we go through the second half of the year.”

AMD reported an eye-popping 93-percent increase in revenue to $3.45 billion. Net income was $555 million, up 243 percent from the $162 million the company reported a year ago. AMD expects to do nearly as well during the second quarter, and it anticipates it will grow 86 percent from a year ago to $3.6 billion.

Su said the company is feeling the effects of the overall semiconductor shortages that have plagued most of the industry, and has invested in specific materials, such as substrates, so it can keep its production lines up and running. Su said AMD’s PC strategy will continue to focus on the high end.

“I think we’re seeing traction in the premium ultrathin gaming and commercial [segment],” Su said. “We feel very good about the platforms that we have… A lot of low-end units have come into the market, but our focus on the premium segments have done very well.”

Arm may be part of AMD’s semi-custom portfolio

AMD’s Computation and Graphics segment, made up of its Radeon and Ryzen processors, increased revenue by 46 percent to $2.1 billion. Su said she expects the semi-custom business to remain strong, in part because of significant demand for the latest Microsoft Xbox and Sony PlayStation consoles, both of which use AMD’s chips.

Su fended off questions about AMD’s commitment to its X86 architecture, in light of strong showings by Arm in both the PC (with Apple and its M1 chip) as well as the server space. “Our focus is to continue to optimize solutions across the data center and across the PC ecosystem, and make sure that what we have is very competitive,” she said.

However, Su said she was open to providing customers what they wanted in terms of semi-custom designs, an approach Intel chief Pat Gelsinger indicated his company would pursue as well.

“In terms of [a] specific Arm custom design we don’t have that in plans right now,” Su said. “In terms of whether we would do custom Arm designs, I think the answer is yes—that’s the whole idea of the semi-custom business,” Su said.