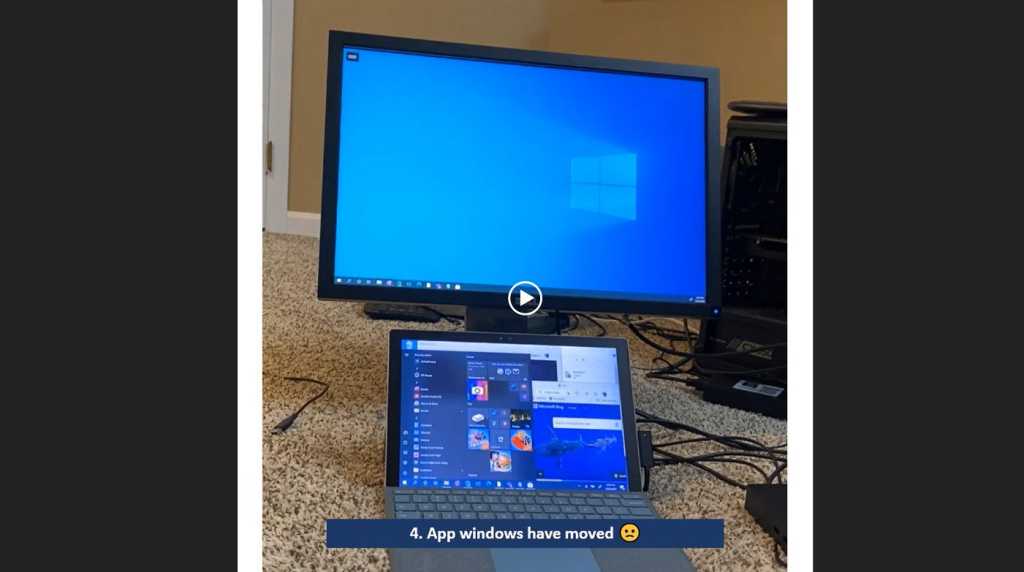 If you use multiple monitors with Windows, you’ve probably encountered this frustrating bug: When your PC resumes from sleep, all your application windows arbitrarily rearrange themselves. Microsoft is finally fixing this.

Microsoft calls this Rapid Hot Plug Detect (Rapid HPD), and it tends to affect multi-monitor setups that can use the DisplayPort interface, or that run DisplayPort over another cable, like Thunderbolt. Now, Microsoft says an upcoming Windows update will finally fix the problem.

Here’s the scenario that Microsoft says the Windows update fixes: Your PC is connected to an external monitor, with apps scattered across all of the screens. Then, you either put the PC to sleep or your PC falls asleep after it’s been left alone for a while. When you return and your PC resumes from hibernation, Windows moves all of your applications to a single monitor, forcing you to rearrange them manually.

Unfortunately, Microsoft says that for now you’ll have to be part of the Windows Insider program—specifically Windows 10 build 21287 or above—to take advantage of the fix. It’s likely that this will be a fix that’s later added to Windows 10’s stable release, though Microsoft isn’t committing to it yet. Thanks to The Verge for noticing this.