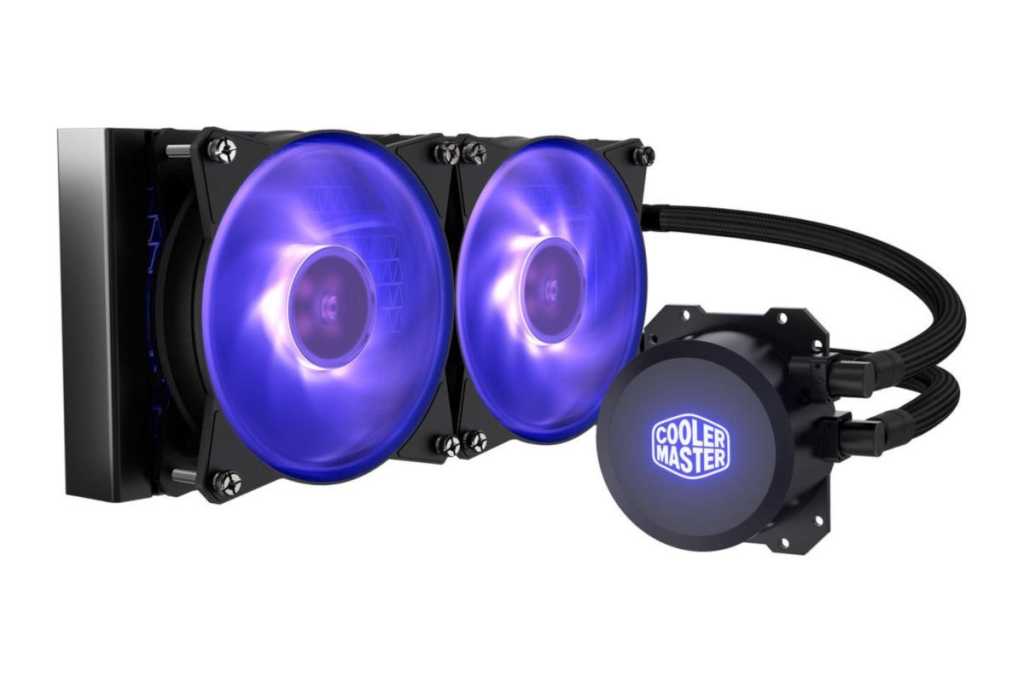 Big beefy CPU air coolers can get the job done, but for general awesomeness (and even lower temperatures, and easier system compatibility, and…) it’s hard to beat a liquid all-in-one cooler. Today, Newegg is selling the Cooler Master MasterLiquid ML240L for a measly $50Remove non-product link after a $25 mail-in rebate making the upfront price $75. This is an exceptional deal as long as you remember to send in that rebate (though $75 for an AIO like this isn’t bad, either).

The ML240L features two 120mm fans on the radiator, and RGB lighting on both the fans and the waterblock. It fits AMD Ryzen and Intel LGA 1200/1151 socket types, making it compatible with all modern motherboards, and it has what Cooler Master calls a “dual dissipation pump” for improved cooling.

Since this is a 240mm radiator it should fit inside most standard PC cases. Just make sure you have an open spot to mount it. The one thing to note is that Cooler Master doesn’t apply thermal paste to the cold plate, but it does come with a small tube of it in the box.

Even if you’re not overclocking, liquid cooling the CPU can help keep your processor much cooler under heavy load. That in turn means the CPU can continue to crunch data at higher speeds for longer periods of time, potentially improving overall system performance.

Bottom line? This is an excellent deal for a big 240mm dual-fan AIO. Just be sure to send in that rebate!