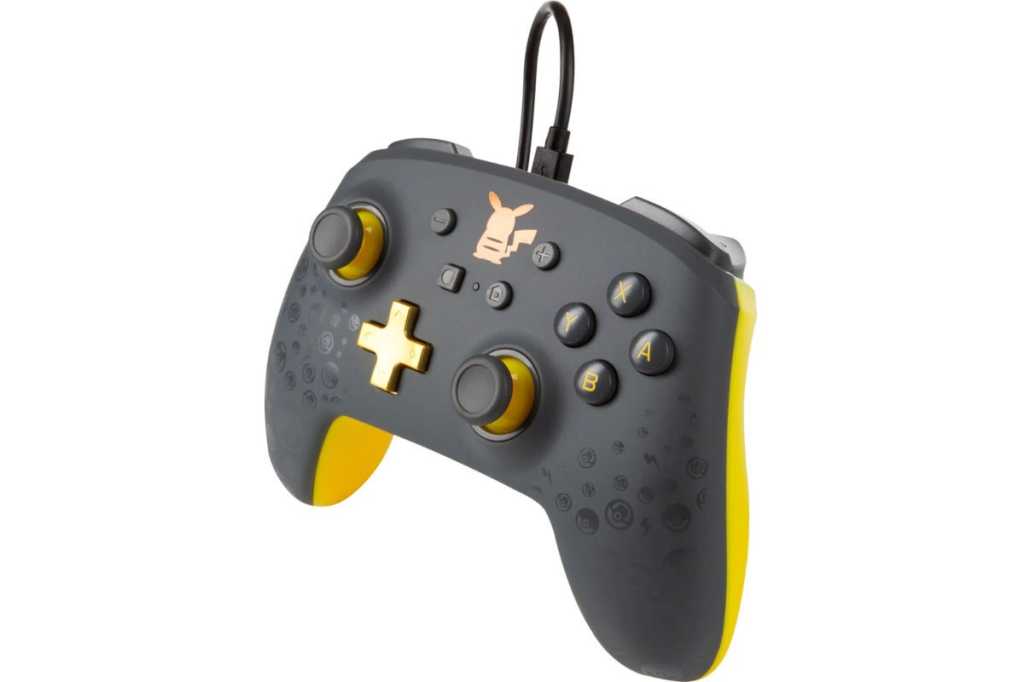 If Nintendo’s JoyCon controllers give you anything but pika, pika-up this amazingly affordable third-party Nintendo Switch controller. Best Buy is selling a Pikachu-themed PowerA wired controller for the Nintendo Switch for a measly $15Remove non-product link. That’s $10 off the normal price, and an amazing deal considering Nintendo’s official Pro controller costs $60—four times as much.

Fine, Nintendo’s controller is also wireless, but paying less than $20 for a standard gaming controller is out of this world. We haven’t reviewed this controller, but PCWorld staffers have purchased affordable PowerA controllers designed for the Xbox One and Windows PCs, and those work shockingly good for the price.

The Pikachu controller comes in gray with Pokémon accents over the grips and a yellow Pikachu icon in the center. It comes with all the standard controls for the Switch, including the extra middle buttons. It also has a 3.5mm audio jack so nobody else has to hear your Fortnite trash talking, along with a detachable 10-foot cable.

This controller lacks a rumble feature—a reasonable ommission to achieve such a compelling price. That’s not the end of the world, but if you rely on controller vibrations for certain games, you might miss it. You aren’t likely to find Switch controllers with rumble going anywhere near this cheap though.