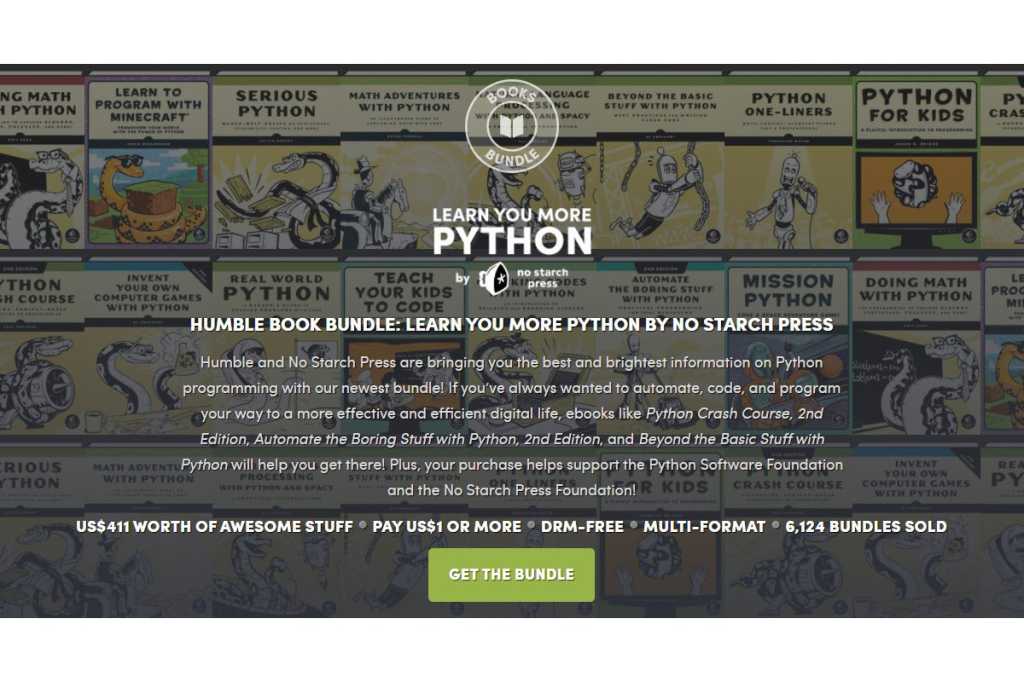 It’s never too late to get started if you’re looking to hone your skills for the job market. Right now, you can get a whole lot of Python programming tutorial books for under $20 with the Humble Book Bundle: Learn You More Python by No Starch Press. This bundle has the usual tiers of various offers, with the top one costing just $18. All told the bundle contains 15 different ebooks, with a portion of the proceeds going to the Python Software Foundation and other charities.

Humble promotes lot of bundles that include Python, and that’s good, because Python is extremely useful. It’s used in AI and machine learning, data science, web development (server side), and more. On top of all that you can use this bundle to learn some fun stuff too, including Python activities for kids and writing programs for Minecraft.

First up at the $1 tier is Python for Kids, Mission Python: Code a Space Adventure Game, Teach Your Kids to Code, and Learn to Program with Minecraft.

It’s at the final $18 tier, however, where you get first real primer. That’s no doubt by design, but hey—it’s for charity and an awesome deal for so many books. Your money gets you everything offered in the previous tiers as well as Python Crash Course, Automate the Boring Stuff with Python, Real-World Python, Beyond the Basic Stuff with Python, Python One-Liners: Write Concise, Eloquent Python Like a Professional, and Natural Language Processing with Python and spaCy.

This is an awesome bundle and a good way to start coding with Python for less than $20. If you wind up liking it, be sure to check out our roundup of the best Python courses, too.