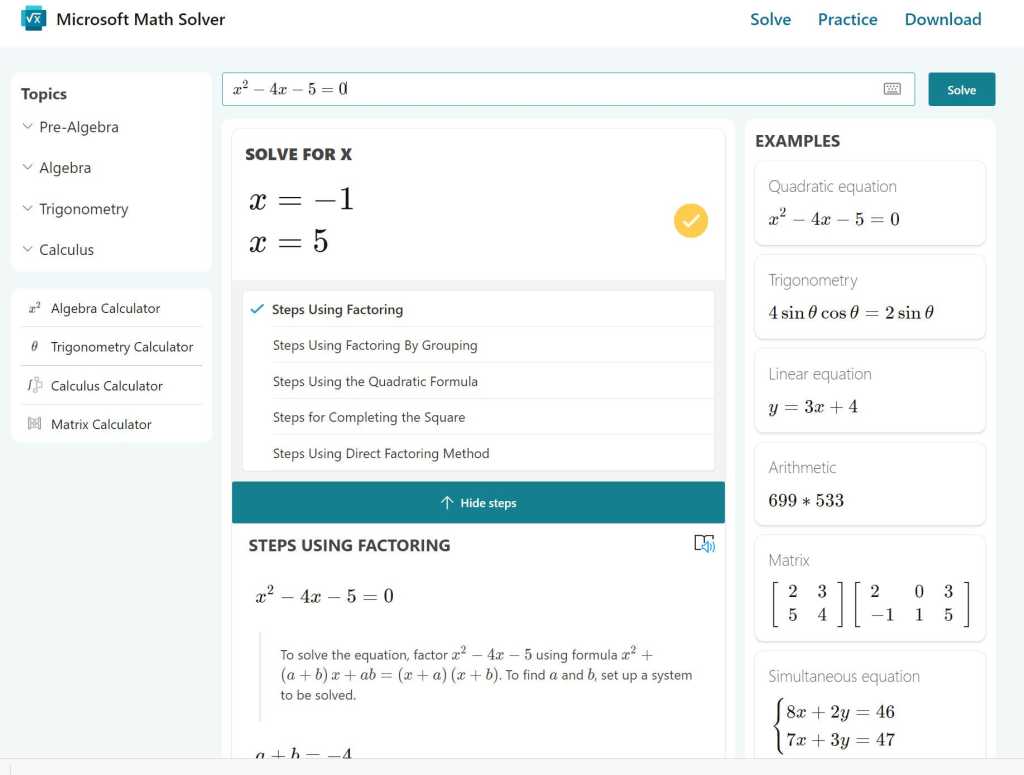 One of Microsoft’s most useful but little-known services, Math Solver, is being added to the upcoming Microsoft Edge 91 browser update as a preview feature, Microsoft said Friday.

Like the name suggests, Math Solver is a service that takes mathematical equations and offers solutions. Microsoft’s plan is to allow students to import a photo of an equation into the browser, where Microsoft’s AI will solve the problem along with instructions on how to reach the solution on their own. It also includes a mathematical keyboard for students to type in their own equations, along with access to tutorials and quizzes.

Math Solver didn’t arrive out of the blue, however. Math Solver has quietly existed as a well-regarded Android app and iOS app for a number of years, and Microsoft has a Math Solver website, as well. While Wolfram Alpha may be the go-to name for solving online math equations, Microsoft’s Math Solver site is arguably more user-friendly in that it shows its work, so to speak. Microsoft didn’t provide an illustration of what Math Solver will look like within Edge, but a screenshot we took of the Math Solver website itself provides a good idea.

In a blog post, Microsoft said that it’s integrating Math Solver into Edge to accommodate students who might not have access to in-person resources during Covid-19.

There are two potential catches. For one, Microsoft Edge 91 is still in beta; it won’t be generally released until next week or soon thereafter. Secondly, Microsoft isn’t guaranteeing that Math Solver will remain, either. “We are rolling this out as a preview feature, and are still exploring the possibility of including the feature permanently in the future,” Microsoft wrote.

When Edge 91 does roll out, though, you’ll be able to access it via the “ellipsis” menu within the Edge Settings menu.

It would have been ideal for Microsoft to roll this out earlier in the school year, rather than as U.S. schools are letting out for summer. On the other hand, both the Math Solver app and website are available year round, and represent a great educational resource if you or your child is struggling with math.