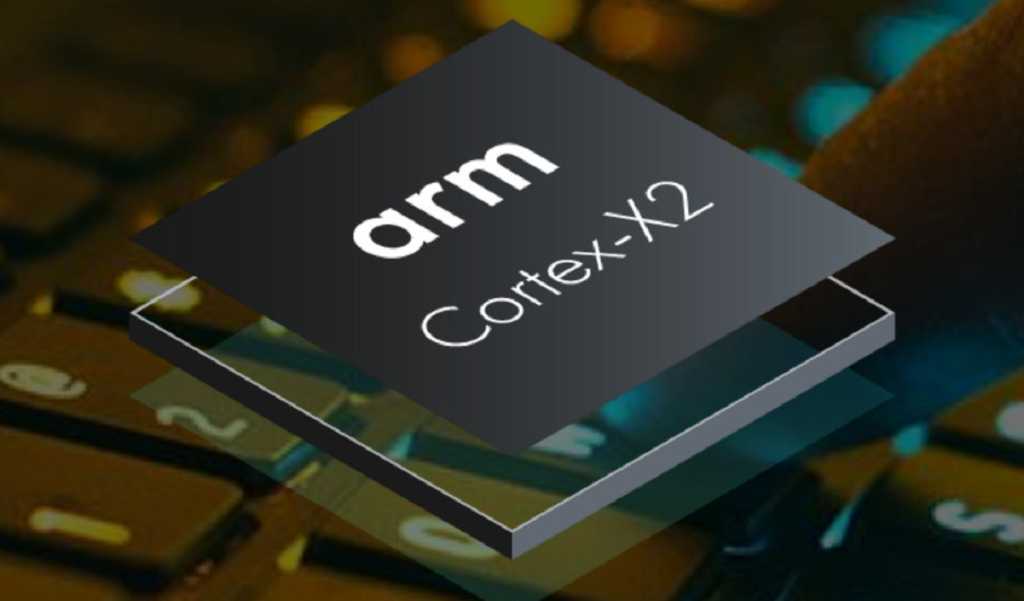 On Tuesday, Arm announced details of the first Cortex-X2 CPU and Mali-G710 GPU cores that will drive future Arm-based smartphones and PCs in 2022. In the latter category, Arm is already making fairly aggressive claims against Intel.

Specifically,  Arm claims that its new flagship “performance” core, the Cortex-X2, should be 40 percent faster in single-threaded performance than an Intel 11th-gen Core i5-1135G7 at 15W—essentially as fast as 2020’s mainstream “Tiger Lake” CPU, in other words. Arm also revealed a new “big” core, the Cortex-A710, as well as a new “little” power-sipping core, the Cortex-A510. A choice of three new Mali GPUs—the Mali-G710, the Mali-G510 and the Mali-G310—will also be integrated inside the chip.

Arm is calling these “total compute” chips, which will combine all three Cortex cores and a Mali GPU inside them. They’re all the first of the Arm v9 generation, which Arm announced in March. (The new Cortex-A710 is the “Matterhorn” chip the company announced then.)

Arm executives said it’s possible that its licensees will have these chips in production by the end of this year, though PCs and handsets will probably wait until 2022. “[Arm] is giving you the opportunity to do what you want, when you want, all with absolutely no compromise in performance, battery life, and security,” said Paul Williamson, general manager of the client line of business at Arm, in a press briefing. “That’s freeing device designers to innovate in form factors, and pioneer into new markets.”

Remember, the Arm system-on-a-chip that makes up the “chip” inside of your smartphone or PC is made up of several CPU cores, all working together. There’s the heavy-lifting “performance” core, or Cortex-X2; three or so “big” cores balanced for performance and efficiency, or the new Cortex-A710; and four or so energy-efficient “little” cores, now known as the Cortex-A510. The Mali GPUs then step in to assist with graphics processing.

One of the advantages of the Arm architecture is that less intensive tasks are routed to the more efficient, lower-power “little” cores. Because of this, overall performance estimates can be a challenge. However, as a gaming device, Arm estimated that its new Arm v9 CPUs and Mali GPUs would yield an overall 33 percent CPU performance improvement, a 20 percent performance improvement in graphics, and 15 percent better power efficiency than the previous generation.

Machine learning (ML) has also become a critical point of improvement, as phones depend on them for AI-powered portrait modes, speech recognition, and more. All three members of the new v9 Cortex CPU family include at least double the machine-learning uplift of their predecessors, and support the Arm v9 SVE2 instructions that will allow app developers to tap those capabilities.

What we don’t know about are some of the other intriguing features of the v9 instruction set, including whether or not these new v9 CPUs and GPUs will include the virtualized Realms containers or the hardware raytracing features that Arm announced at the end of March.  From a security standpoint, the new Cortex cores will support memory tagging, the technique that Arm co-developed with Google to secure the phone’s own memory.

Arm said that the Mali GPUs will include their own performance enhancements. (In PCWorld tests of laptops like the Samsung Galaxy Book S, the Mali cores inside the Qualcomm Snapdragon chips tend to hold their own.)

Arm said that the flagship Mali-G710 will offer a general 20 percent performance improvement, a 20 percent drop in power consumption, and a 35 percent uplift in machine learning. The Mali-G510 actually doubles performance over the prior Mali-G57, “based upon a broad range of content, including benchmarks,” Williamson said.

Executives also said that the Cortex CPUs and Mali GPUs were decoupled enough that a laptop maker could certainly build a laptop with a Cortex CPU as well as a third-party GPU, such as an Nvidia GeForce chip. (Nvidia is in the process of buying Arm, but the sale isn’t expected to close until possibly by the end of 2021, if approved.)

Everything will be tied together by the new CoreLink CI-700 and the CoreLink NI-700. The former is a coherent interconnect that ties together all of the high-bandwidth components of the chip, like the CPU and GPU. The NI-700 connects everything else, including the peripheral devices.

Arm licensing: The difference between Apple and Qualcomm

In the PC space, the two most famous Arm licensees are Apple and Qualcomm. Apple, of course, has developed the powerful M1 chip, which appears in both its Mac computers as well as its iPad Pro tablets. Qualcomm, however, has designed the Snapdragon line of Arm chips for PCs, which has tended to struggle to catch up to AMD’s Ryzen and Intel’s Core chips.

Why such a difference in performance? Arm licenses its CPUs in two different ways: either as just the instruction set itself, or as a set of Cortex CPU designs which the licensees can implement and possibly tweak. The difference is what each company licenses, as Tirias Research analyst Kevin Krewell pointed out.

When Arm launched the v9 instruction set in March, it predicted that per-core performance would increase by 30 percent over the first two Arm v9 CPU generations, starting with these news chips. Arm said Tuesday that the new Cortex-X2 delivers 16 percent more performance versus the Arm Cortex-X1.

The older Cortex-X1 became the foundation for the Qualcomm Snapdragon 888 as well as the Samsung Exynos 2100, both of which were designed into the well-reviewed Samsung Galaxy S21 smartphone. (Samsung ships Snapdragon-powered Galaxy S21 handsets to U.S. customers and uses Exynos to power the Galaxy line most everywhere else.)

In other words, that means that there’s a good chance that you’ll see the new Cortex-X2 cores in future Android flagships and Arm-based Windows laptops, while Apple’s designers will continue down their own path with future derivatives of the M1. (Krewell noted that Qualcomm bought a startup called Nuvia in January that was building its own Arm CPUs, and will use the designs in future Snapdragon processors.)

Arm executives stressed that what these new Cortex and Mali cores offer are just the promise of future enhancements to PCs and phones. Performance will be dependent upon the customer, how they implement the design, and what manufacturing technology they use to fabricate it. On the other hand, the benchmark claims Arm is making should be the minimum level of improvement these devices achieve, which should herald exciting times ahead.