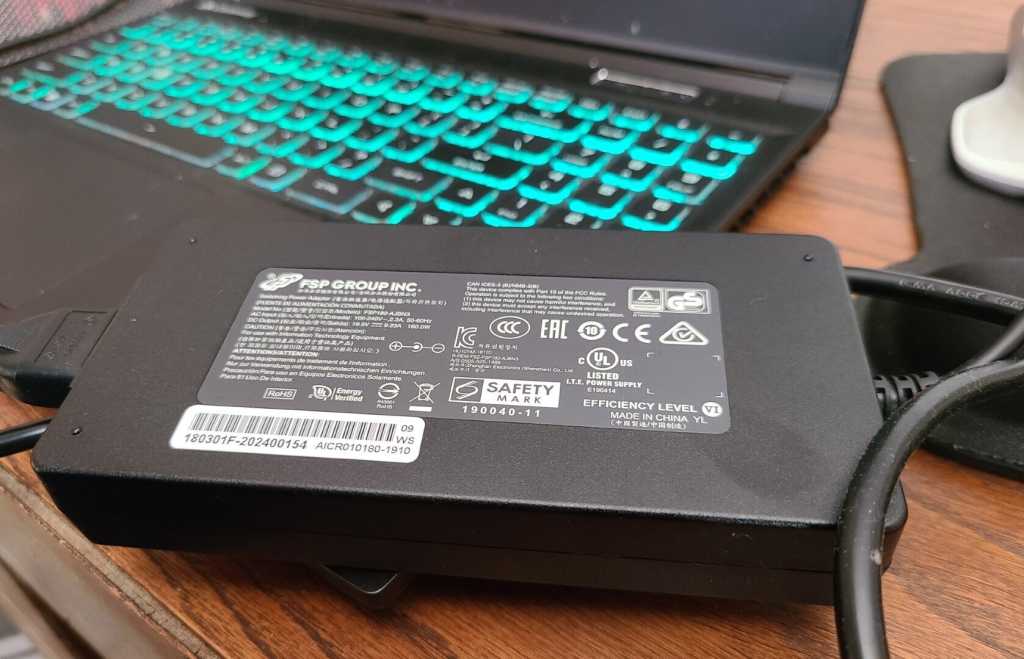 The group overseeing the USB specification has dramatically expanded its power capabilities to allow USB-C chargers to carry up to 240 watts, allowing standard USB-C chargers greater latitude to take over from proprietary laptop charging bricks and power gaming notebooks.

The USB Implementors Forum (USB-IF) issued revision 2.1 to the USB-C specification on Tuesday, as noticed by CNET. The revised specification contains language that adds Expanded Power Range cables, which expand the capability of the USB-C cable to carry 100W to the new EPR range of 240W. Devices supporting the new spec should be available in the second half of 2021, CNET cited the USB-IF as saying.

What this means is that laptop and phone chargers that use the emerging USB-C standard will carry more power. Most productivity laptops can run on 65 watts, allowing them to use USB-C chargers that run on the older 100W specification. Gaming laptops, however, can demand substantially more to power their H-series CPUs and discrete GPUs, and use proprietary charging interfaces to boot. It will be these notebooks that will benefit from the new USB-C power spec, allowing you to buy a spare USB-C charging brick or use competition to help force prices down.

The USB-IF said that the cable designs may be slightly different from normal cables, with a capacitor added to each plug to prevent power arcing between the plug and the USB-C connector. It’s less clear, however, how you’ll be able to tell an EPR cable from a “normal” USB-C cable; while the USB-IF said that all EPR cables must be electronically marked and visibly identified with EPR-capable identification icons, the USB-IF didn’t publicly define what those would be.

The USB-IF also didn’t say how the existing ecosystem of USB-C hubs will be affected. Presumably, manufacturers will have to notify customers whether their hubs are EPR-capable, and design for the additional power requirements.

USB-C already has gone a long way towards removing the mishmash of competing I/O plugs and connectors from the PC, with DisplayPort, Thunderbolt, and USB all running over the same physical connector. Now it’s going to standardize laptop power bricks, too.