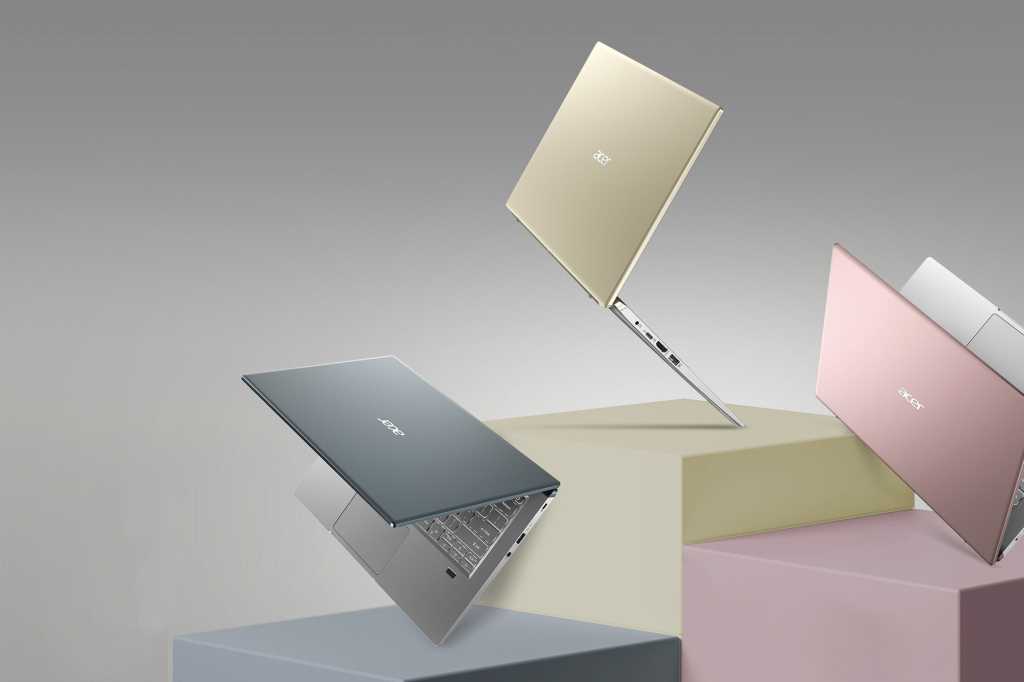 The Acer Swift X is real. On Thursday, Acer confirmed the existence of this new thin-and-light laptop aimed at creatives, after it first surfaced unofficially in late April, in a listing on the Acer Thailand website.

The announcement came during the company’s Next@Acer global press conference on May 27. Prices start at $900 with a North American release in June, and configurations feature Ryzen 5000 mobile processors, the Nvidia GeForce RTX 3050 Ti, and a 100-percent sRGB display.

In contrast to Acer’s upcoming ConceptD creator notebooks, the Swift X aims at the creative professional on the go. Weighing 3.06 pounds (1.39 kg), its metal chassis measures just a little over a half-inch thick (17.9mm) while still sporting a 14-inch FHD (1080p) IPS screen. Inside you’ll have the choice of up to a 5800U processor and 16GB RAM, paired with Nvidia’s latest mobile GPU. Up to 2TB of SSD storage provides enough on-board space for large video or photo projects. A fingerprint reader allows for faster logins through Windows Hello. Acer claims the Swift X’s 59WHr battery will last up to 17 hours.

Video editors and photographers will likely find the Swift X packs enough of a punch to make it a go-to laptop for high-travel days, but of course that’s not all you can do with this notebook. When work’s over, these laptops can pivot to gaming, with ray-tracing support to boot. It just won’t look like you’re carrying a gaming PC—early images of the Swift X show it in a range of soft, muted colors (blue-gray, pink, and champagne gold).

Exact specifications, availability, and pricing will vary by region, so if the Swift X ultimately doesn’t land in your country, you can instead look up Acer’s other newly announced laptops. They include additional models sporting Intel 11th-generation Tiger Lake H processors, as well as the company’s creative, gaming, and professional lines.

Acer didn’t release a full list of specifications for the Swift X during its announcement, but for the North American version, here’s what we know so far.