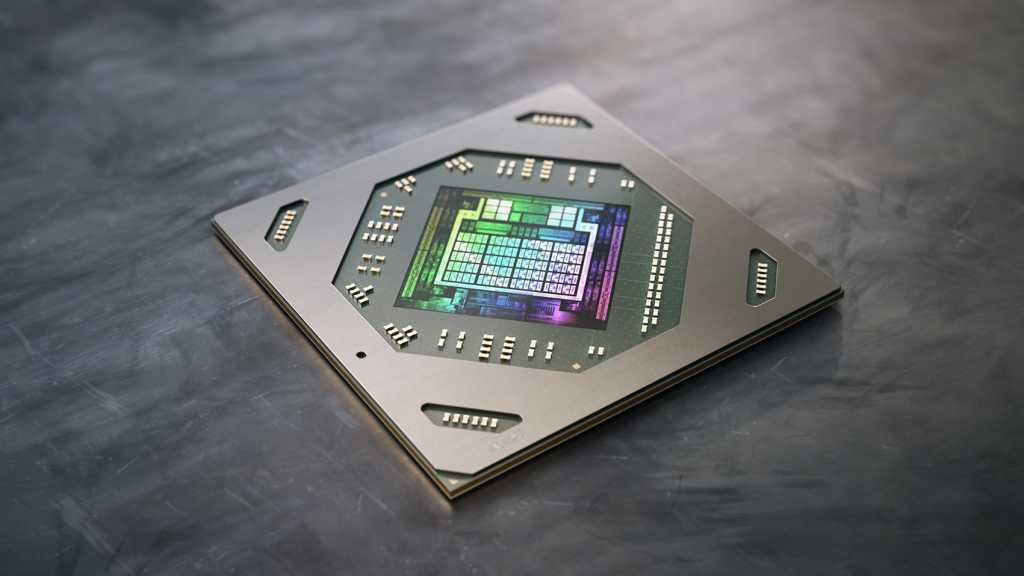 A total of three RX 6000M GPUs were introduced Monday as part of AMD’s keynote at the virtual Computex 2021:

Obviously, that comparison uses Intel’s older Core i7-9750H CPU, which makes it a little unfair, so AMD also showed off comparisons with an Asus ROG Strix Scar 15 with a Ryzen 9 5900HX and GeForce RTX 3080 Laptop GPU at the 115-watt configuration. There, AMD said, the Radeon RX 6800M can match or exceed even Nvidia’s top-end GeForce RTX chip (albeit at a lower-wattage configuration).

AMD isn’t just writing checks its hardware can’t cash, though. In our tests of an Asus ROG Strix G15 Advantage Edition by PCWorld, we found the Ryzen 9 + Radeon RX 6800M to be a worthy competitor.

While the Radeon RX series will work with Intel CPUs, AMD would certainly recommend, ahem, Ryzen CPUs. In fact, the company said, an AMD+AMD laptop gives you an “amplified performance.” By combining the company’s hardware-based SmartShift and its Smart Access Memory feature, AMD said a Radeon-and-Ryzen laptop will run up to 11 percent faster in Borderlands 3, 7 percent faster in Cyberpunk 2077, 6 percent faster in Godfall, and 10 percent faster in Wolfenstein Young Blood.

In addition to the new GPUs, AMD also announced what it’s calling the AMD Advantage Design Framework. In a nutshell, the program is designed to improve the quality of gaming laptops by mandating brighter displays, fast NVMe SSDs, better thermal designs, and other “advanced system design characteristics,” AMD said.

This may sound like a no brainer because who puts a fast CPU and GPU into a laptop with a terrible screen or SATA SSD? Well, some vendors do, actually, especially in the price-friendly categories where AMD-based laptops tend to play.

What AMD’s Advantage Design Framework will do, however, is essentially guarantee that a gamer will get a fast GPU and CPU and also get brighter display, NVMe SSD, and decent cooling.

The initial AMD Advantage key experience means a gaming laptop will get: 100 fps gaming at 1080p, a 144Hz+ low latency display based on IPS or OLED screens, NVMe SSD, and at least 10 hours of video streaming on battery.

So far, we’ve seen Asus’ impressive ROG Strix G15 Advantage Edition, which features a Ryzen 9 5900HX with a Radeon RX 6800M; a 300Hz, 15.6-inch panel; and the first use of liquid metal thermal interface material on both the CPU and GPU.

AMD said we should see other Advantage laptops from Lenovo and MSI coming in June.