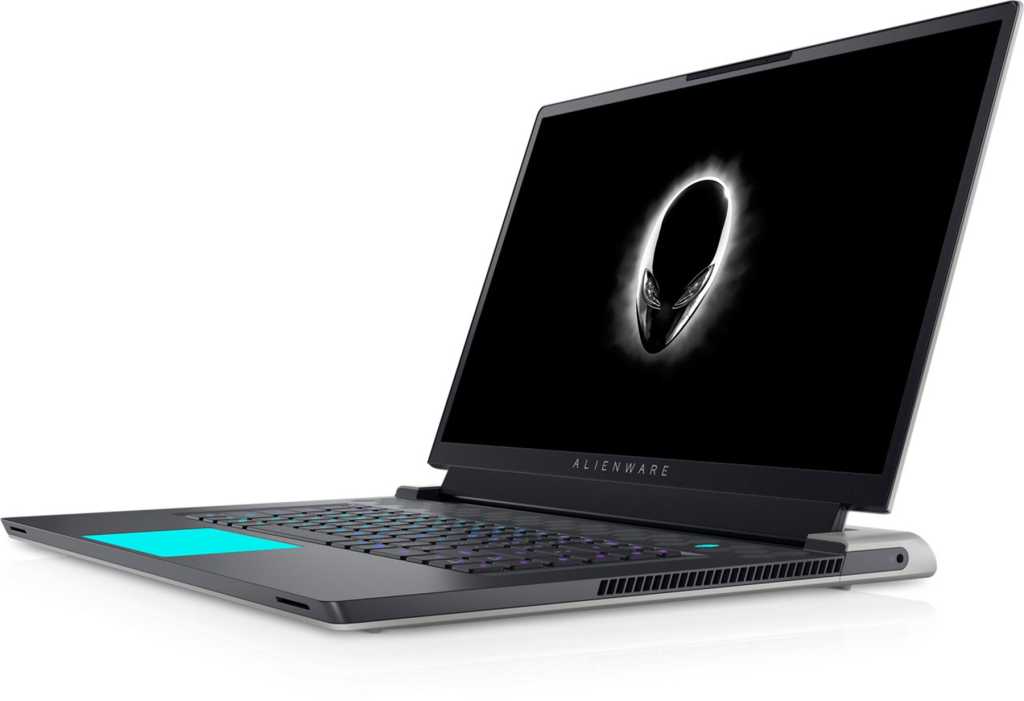 Cooling is half the battle in gaming laptops and Alienware’s new secret weapon is its mysterious “Element 31,” which the company finally revealed at Computex 2021.

Element 31—named for gallium’s 31st place on the periodic table—is essentially an encapsulated gallium liquid metal and one of the exotic materials Alienware used to make the stupidly thin Alienware x15 and x17 laptops.

Traditional liquid metals have been used by enthusiasts on desktops for some time, as well as high-end laptops for the last couple of years or so, but it’s always had downsides. Alienware actually looked at phase-change materials, aluminum-doped materials, organic waxes, graphite and raw liquid metals, but decided Element 31 was the best answer.

Dell’s Travis North said while conventional liquid metal has great thermal conductivity, it’s also electrically conductive, which isn’t great in a computer where it can potentially short out components.

Where Element 31 differs is the ease and safety of application.

“It looks like a grease, you apply it, compress the heat sink by screwing it down, it breaks the bonds of the silicone so we get liquid-metal to die touch points and to the base of the heat sink touch points,” he said.

Despite Element 31 not having the electrical conductivity of conventional liquid metals, North did say Alienware still took the extra safety step of fencing Element 31 off which is what most laptop makers have had to do with their liquid-metals.

Element 31 yielded a significant performance advantage too. North said the company saw a 7.5 degree improvement over the conventional thermal grease the company has used before. North noted that the grease Alienware used was already the “best in class” and no slouch.

Gallium, North said, is a great thermal material because it has a very high thermal capacitance. If you think of thermal capacitance like a big pot of boiling water, he said, Gallium’s dense nature allows it to soak up heat from a hot CPU die so the connected vapor chambers can better dissipate it.

In the end, North said, Element 31 provided a 25 percent improvement over the thermal grease Alienware was using.

The other major cooling component in the Alienware x15 and x17 was the grounds-up design around four fans. While North admitted many will latch onto “more fans means better,” he said said it’s not just the number but the placement and design. For example, North said, the company had to rotate the position of the CPU on the laptop’s motherboard to achieve what it wanted to do so no, a five-blade razor…err, five fan laptop isn’t necessarily better.

The fans in the Alienware x15 and x17 are strategically placed to create an internal climate system inside of the laptops. Two fans using Dell’s Dual Opposite Outlet fan design are mounted forward of the traditional two fans at the rear. The DOO fans feature much larger impellers—30 percent bigger—to create a positive pressure of air flow across the heat sensitive components such as the M.2 and voltage regulation before the rear fans exhaust it all. Each of the fans are now running 12 volts which increases efficiency as well, and each fan is independent of each other in speeds.

All this, Dell said, adds up to better cooling in as thin a gaming laptop as possible and makes the Alienware x15 the “world’s most powerful sub-16mm, 15-inch gaming laptop.”

And yes, that is impressively thin since laptops like Acer’s Predator Triton 300 or MSI’s GS66 Stealth measure in at 18mm to 19mm. Both, by the way, are stunningly thin too.

The larger Alienware x17 will offers the same 11th-gen Intel Core i7 and Core i9 CPUs and the same GPUs but will reach higher ratings.

For ports, the Alienware x17 will offer two USB-A, one USB-C, one Thunderbolt 4, HDMI 2.1, miniDisplayPort 1.4, one 2.5GbE and also discontinue support for Alienware’s Amplifier.

Both laptops will run off of 240 watt power bricks using barrel adapters.