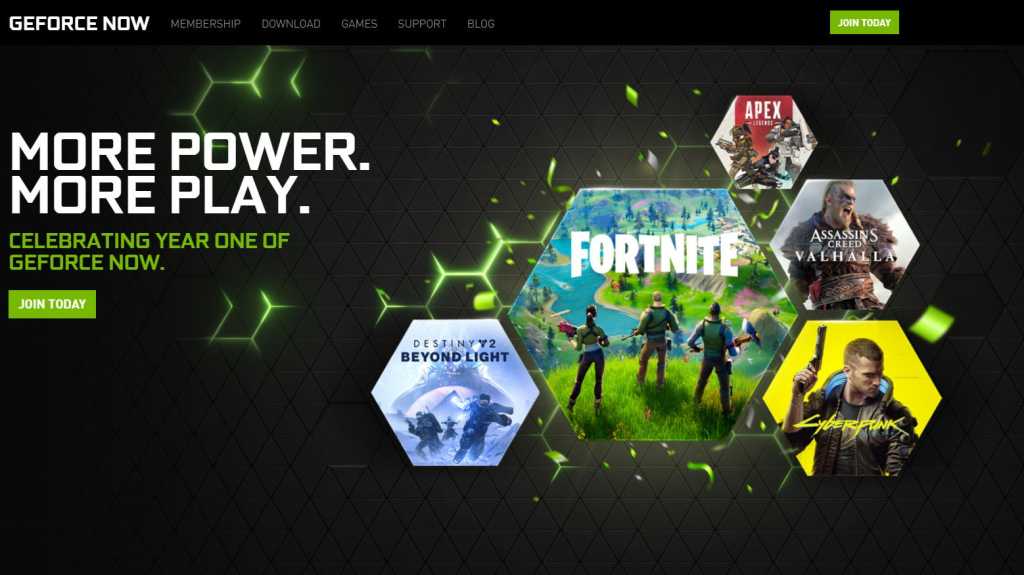 As I sprinted, dodged, slid forward and raised the scope of my trusty sniper rifle during a frantic Destiny 2 Nightfall, something felt off.

My timing was a mess. I was missing jumps, whiffing on easy Dreg kills, and fighting with my sniper’s reticle, which stubbornly bobbed and weaved while I attempted to line up head shots.

Something was wrong all right, and I had a name for my pain: latency, a common annoyance with (although by no means exclusive to) GeForce Now, Nvidia’s popular, reasonably priced, and—up to a point—miraculously effective cloud gaming service.

Now, telling an experienced gamer that latency can be an issue is like telling most Earthlings that the sky is blue. But more casual gamers (I’m raising my hand) might not be fully aware how excessive or even marginal latency can suck the fun out of a certain class of games, particularly when it comes to cloud-gaming services like GeForce Now.

I’m also not trying to pick on GeForce Now here. On the contrary, I think it’s the best cloud-gaming service now running, and it’s the only one I’ve used on a regular basis. (I’ve dabbled in Google Stadia and PlayStation Now, and long ago, I was one of the first OnLive members.) But due to the amount of time I’ve sunk into it, GeForce Now is also the cloud-gaming service that’s caused me the most frustration—so much so that I finally resorted to bringing my dusty PlayStation 4 out of retirement. Here’s why.

Ray-traced graphics on a middling PC

In an age of sky-high GPU prices and impossible-to-find next-gen consoles, GeForce Now (along with its competitors) has an obvious appeal. It can bring ray-traced, 1080p-quality gaming (or upscaled 4K, if you have Nvidia’s streaming Shield player) to a modest PC, or even to a tablet or phone.

The service connects to your Steam, Epic, and Ubisoft Connect libraries, so you don’t have to buy games twice. That’s a glaring flaw in Google Stadia, which does make you buy your favorite games again, although some titles are included in the $10-a-month Stadia Pro plan.

Also, the price is right: free for an hour at a time (you’ll need to log out after 60 minutes, although you can sign right back in), or $10 a month for extended gaming sessions plus RTX-powered visual bells and whistles.

Of course, none of those features would matter if GeForce Now didn’t deliver the goods in terms of performance, and to a large extent, it does. I’d give GeForce Now a 99 out of 100 for making your poky old MacBook Air feel like a hod-rod gaming machine. But for some games, that tiny missing gap between your muscle twitches and what’s happening on the screen makes all the difference.

Impressive performance, until things get competitive

For the more casual, turn-based, strategic, or single-player games in GeForce Now’s catalog, such as Cities Skylines, Eve Online, Hitman, No Man’s Sky, and Pillars of Eternity, you can get away with that extra bit of latency that creeps in when you’re gaming on a cloud gaming service.

For more competitive games, however—I’m thinking Fortnite, Apex Legends, and Tom Clancy’s Rainbow Six Siege—those few lost milliseconds can mean the difference between being the last one standing or watching a gleeful enemy dancing over your avatar’s corpse.

That’s particularly true of Destiny 2, an addictive, life-sucking looter-shooter that boasts some of the most satisfying character movement and gunplay ever devised for an action game. Some of my coolest gaming moments have involved gliding through the air as a Warlock, expertly pelting Vex goblins with hot lead from a hand cannon before unleashing a devastating Nova Bomb. The game is positively balletic at times, a quality I attribute more to the ingenious designers at Bungie (well, ingenious save for that awful new transmog system) than to my middling gaming skills.

Unfortunately, my Destiny 2 bullet ballet frequently turns into a drunken flail when I’m playing the game on GeForce Now, particularly if my internet connection is anything but rock-solid. Yes, I’m using wired ethernet, but with a grade-schooler on Zoom, my wife streaming her remote desktop (basically the work version of cloud gaming), and an Internet provider (cough—Spectrum!—cough) who saddles us with upload speeds capped at a mere 10Mbps, “rock-solid” internet is an elusive thing.

Given all those speed bumps, the dreaded “Spotty connection” warning on GeForce Now is inevitable, followed by a stuttering or even frozen screen. When the visuals finally stabilize, I’ll generally find my battered character frozen on the battlefield, weapon pointing crazily up at the sky, and surrounded by a swarm of Psions who can’t believe their dumb luck. Oh, and this generally happens in the very moments when my fireteam needs me the most.

Eventually, I’d had enough. Having neither a decent GPU in my PC (my ancient GTX 950 just can’t cut it anymore) nor the desire to buy a modern graphics card for double the price, I dusted off my old PlayStation 4, connected it to my PC monitor, and played Destiny 2 on that. Gone were the 60-fps visuals, the ultra-wide field of view, and the maxed-out graphics settings. But I could live with that, so long as I was hitting my head shots again.

The GeForce Now setting that can help

Now, if you’re in the same boat as me but you don’t have a spare game console, there is a GeForce Now setting that could help improve your latency, although only marginally.

Under the Streaming Quality setting (click on the hamburger in the top-left corner of the GeForce Now interface, then click Settings), there are three preset options: Balanced, Data Saver, and Competitive, along with a Custom option. While Balanced and Data Saver are focused on delivering the best visual quality using either all or a portion of your available bandwidth, Competitive is all about reducing latency, even at the expense of visuals.

According to testing performed by GameStar (in German), GeForce Now’s Competitive mode does manage to slice the service’s measured latency for Destiny 2 from a sluggish 97.8 milliseconds to about 69ms—better, although still a far cry from the 39.5ms latency GameStar recorded from a local PC. Your mileage may vary, of course, depending on your network setup and distance from Nvidia servers.

Playing in Competitive mode, I did find Destiny 2 to be considerably more responsive than in Balanced mode. Punching Dregs in the face became much easier, although I did still have to work to keep my sniper’s reticle steady.

But if you switch to Competitive mode, you’ll pay a hefty visual price: resolution dropped precipitously from 1080p to 720p, and VSync was turned off, resulting in a jagged, choppy mess. While frame rates in Competitive mode can theoretically peak at 60 fps, for me it felt more like 45 fps or lower. Personally, I thought Destiny 2 in Competitive mode looked worse than the game did on my aging PS4—which, being a local machine, had the benefit of much lower latency, too.

So, what am I saying here: that GeForce Now is awful? Not a bit, and if you’re a gamer stuck at home without a console or a decent GPU, GeForce Now and the like might be your best option until the global chip shortage subsides (whenever that happens).

Also, GeForce Now and its ilk are going to keep getting better, particularly as cloud services continue tinkering with their compression algorithms—which, even now, do a stupendous job at making server-side gaming feel playable at all.

But as close as GeForce Now gets to approaching the latency levels of a local gaming machine—and it is agonizingly close—those few extra milliseconds are killers.