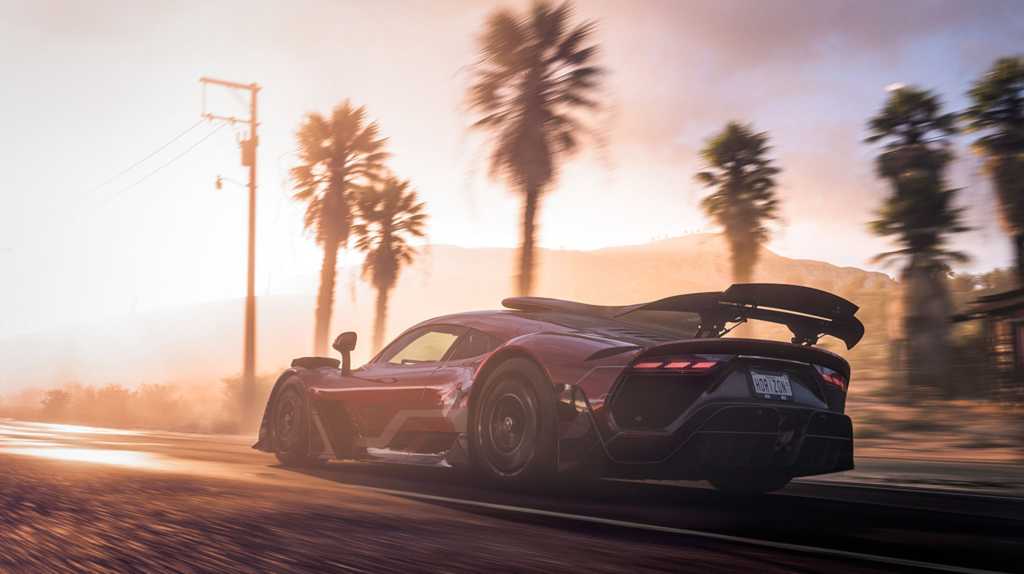 The first-ever all-virtual E3 gaming expo kicked off this weekend, and while this year’s event may be short on breathtaking Keanu Reeves cameos on big stages, the games continue to come fast and furious.

Yesteryear’s E3s largely revolved around console blockbusters, making it easy to round up the meager PC announcements at the show. No more: Nw that Microsoft is weaving Xbox and Windows closer together, both major consoles are built on PC-like AMD chips. Even Sony is bringing triple-A exclusives to the PC. Many (maybe most) of E3 2021’s games are destined to grace mice and keyboards. Huzzah!

So rather than going with a shotgun approach, we’re picking up a scalpel instead, carving out 12 key E3 2021 announcements that PC gamers need to know about. If you want to bask in the full E3 experience, be sure to check out the replays for the E3 keynotes from Microsoft and Bethesda, the PC Gaming Show, Ubisoft, and Square Enix. There’s plenty there that we won’t be covering here, from Team Ninja’s radical spin on Final Fantasy to a look at Halo Infinite’s multiplayer.

Battlefield is back, baby—but Battlefield 2042 isn’t like its predecessors. While Battlefield 1 and Battlefield V returned to the fields of the first two World Wars with surprisingly poignant single-player campaigns, 2042 takes to the future (as you may have guessed from its name) with a strict focus on the massive multiplayer chaos that makes the series so beloved. You won’t find a campaign mode or a battle royale spin, but you will see rocket jumps out of flying planes, real-time destructive weather like tornadoes and sandstorms, and jam-packed, 128-player matches. Yes please.

On the other hand, if you’re into battle royales and sick of waiting for Vampire: The Masquerade – Bloodlines 2 to release eventually (it’s been “delayed indefinitely” out of 2021), then check out Bloodhunt. This supernatural spin on the well-worn genre mixes vampire powers with gunplay in the urban sprawl of Prague. (So much for the Masquerade keeping the existence of vampires secret, I guess.) The free-to-play game will launch in closed alpha on July 2.

Speaking of blood, New Blood is one of the most exciting publishers in PC gaming these days, leading the retro-gaming renaissance with kick-ass games like Dusk (basically modern Doom) and Amid Evil (basically modern Hexen). At the PC Gaming Show, New Blood showed off five minutes of gameplay for Gloomwood, a game it calls “Thief with guns,” and it looks good.

It’s no coincidence that New Blood’s reveals came at the PC Gaming Show. PC Gamer’s annual E3 lovefest for all things PC always shines a bright spotlight on indie games and smaller developers, and this year was no exception. If you’re a PC gamer who only has time to watch one E3 keynote this year, it’s the one I’d recommend. Valve co-founder Gabe Newell even joined in on the 2021 fun to announce “Steam Next Fest,” with a chance to play demos for many of the games announced during the show.

We’ve embedded the entire keynote above for your perusal. Soulstice in particular looks sick—like a more acrobatic, faster-paced Dark Souls.

Now that we’ve gotten our obligatory Dark Souls reference out of the way, it’s time to take a look at the next game from Souls developer From Software. Elden Ring is the hotly anticipated collaboration between From and George R.R. Martin and, well, it looks an awful lot like Dark Souls in its first-ever gameplay trailer (which was technically released last week as part of Geoff Keighley’s Summer Games Fest, rather than E3 proper). That’s pretty much exactly what gamers want from From, though. We got a release date too: January 21, 2022.

Microsoft’s blockbuster $7.5 billion acquisition of Bethesda paid off in spades at E3 2021, as some of the biggest announcements stemmed from their tandem keynote. Most notable? A teaser trailed for Starfield, Bethesda’s long-awaited sci-fi space RPG, along with a release date: November 11, 2022. (Skyrim released on November 11, 2011, poetically enough.)

The publisher also took the wraps off the next game from Arkane, the studio behind Dishonored and Prey—and Redfall looks nothing like either. Instead, Redfall more closely resembles Left 4 Dead 2, but with magic and vampires. (It’s the year of the supernatural shootybang, apparently.) That being said, Arkane says player choice and a reactive world will be as crucial to Redfall as it was in the studio’s magnificent immersive sims. If Arkane can put its own twist on the L4D2 formula as successfully as Prey: Mooncrash took on roguelikes, Redfall could be special indeed. Look for it next summer.

The real star of the show was Xbox’s increasing cross-device embrace. All of Microsoft’s first-party releases—yes, including Starfield and Redfall—will launch on PCs as well. A whopping 27 of the 30 games revealed during the Xbox & Bethesda Showcase will be coming to Xbox Game Pass, cementing its role as the best deal in PC gaming. Now that Xbox Cloud Gaming has arrived, you’ll even be able to play many of those games on your phone or tablet. Xbox ain’t just for consoles anymore.

The Xbox showcase wasn’t entirely stolen by Bethesda. Forza Horizon is easily the best arcade racing series around, and it’s been available on PCs since the third installation. Forza Horizon 5 debuted at E3 ahead of an November 9 release and looks just as incredible as the others in its teaser trailer, with real-time ray tracing augmenting the bright Mexican landscape.

Oh my. Trek to Yomi throws off strong Kurosawa vibes (or Ghosts of Tsushima, if you prefer games to film), and I am extremely here for it. Hopefully we hear more before its 2022 launch. Until then, I’ve already watched this trailer three times.

The new trailer for STALKER 2: Heart of Chernobyl showed off five full minutes of banter-filled gameplay in the post-apocalyptic Chernobyl Exclusion Zone. I’m still just incredibly excited that a STALKER sequel is finally happening (even though the Metro series has done a fantastic job of picking up the torch and running with it).

Ubisoft showed off more Far Cry 6 at its E3 event, but its season pass DLC plans might be even more interesting: You’ll get to play as the highly charismatic villains from the previous games. The season pass is split into three episodes. In the first, you’ll play as Vaas Montenegro from Far Cry 3; in the second, you’ll play as Pagan Min from Far Cry 4; and the final episode revolves Joseph Seed from Far Cry 5.

Tom Clancy’s Rainbow Six Extraction is the new name for the unfortunately named Rainbow Six Quarantine, which was revealed before the pandemic gripped the planet. Extraction is set in the same universe as Rainbow Six Siege. You and two other players choose from a roster of 18 beloved operators from the esports hit and work as part of the Rainbow Exogenous Analysis and Containment Team (REACT) to battle a creepy alien threat across 12 maps with procedurally generated challenges. Yes, a creepy alien threat. Remember when Tom Clancy’s name was synonymous with hardened military realism? Those were the days.

Either way, Rainbow Six Siege was the only shooter that truly felt next-gen, last-gen, and I’m excited to see the game’s fantastic destruction technology—and the franchise itself—expand its reach from PvP to PvE co-op, which is much more my style. Extraction is set to launch on September 16.

Absolver’s incredibly unique, highly customizable martial arts styles made it truly special, as did the seamless way it pulled in other players for you to help (or hinder) while you wandered the always-connected world. Sifu, from same developer Sloclap, takes a much more focused approach: This single-player kung-fu game is all about mastering the Pak Mei style alone. But as the new E3 trailer shows, that doesn’t mean it’ll be boring. We didn’t learn much new about the game here but I’m nonetheless very keen to try Sifu when it launches later this year.