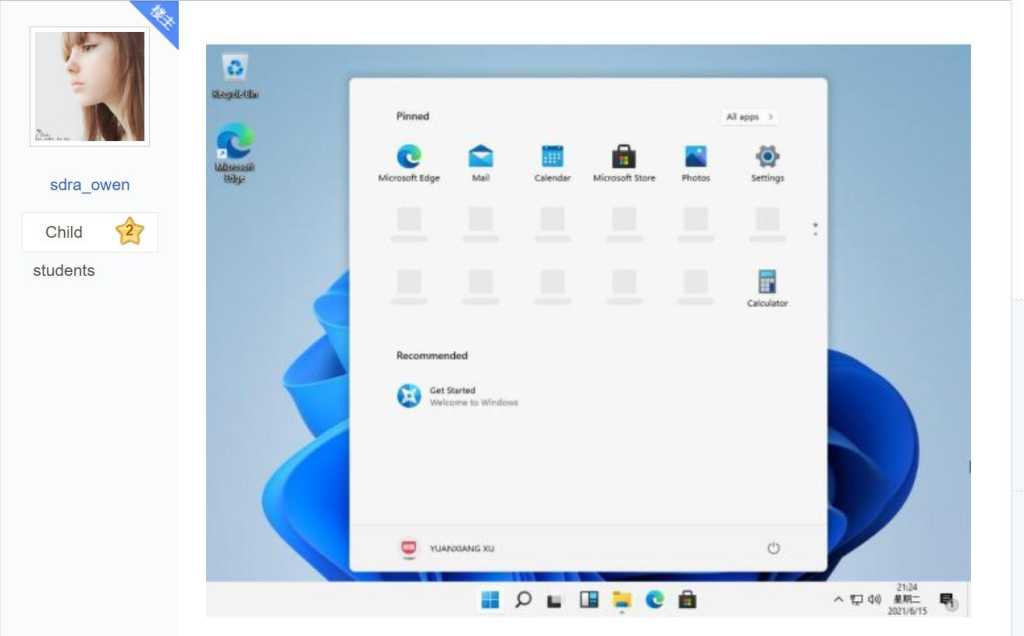 Screenshots posted online of what may be Windows 11 suggest that the new operating system will look similar to the never-released Windows 10X.

The screenshots, posted to the Chinese Baidu site, feature characteristics of Windows 10X, including the gray background and the centered start menu. Windows 10X leaked back in January (PCWorld tried it). Microsoft decided to shelve Windows 10X later in 2021, and the company said that it planned to merge several features into Windows.

PCWorld has not been able to confirm yet whether the screenshots are legitimate, though we hope to do so soon. The Verge, which posted the screenshots earlier, reported that they had confirmed the images as legitimate.

If true, however, this is the first sign that Windows 11 is indeed the brand of the next generation of Windows, as Microsoft chief executive Satya Nadella indicated. One of the screenshots posted to Baidu indicates that the build is “Windows 11 Pro,” and build 21996.1.  According to Microsoft’s Windows Insider site, the latest Windows 10 build is version 19043.1052.

The screenshots also indicate that Windows 11 appears to be heavily influenced by Windows 10X, the stripped-down version of Windows that Microsoft originally intended to compete with Chromebooks. The centralized taskbar was a feature of Windows 10X, as was the simple Start menu that popped out of it. Microsoft appears to have done away with the colorful Live Tiles of the Windows 10 generation, too.

Microsoft has scheduled a ”What’s Next for Windows” press event for June 24 at 11 a.m. ET, another hint that Windows 11 may be en route.

Correction: Microsoft will hold its Windows event on June 24.