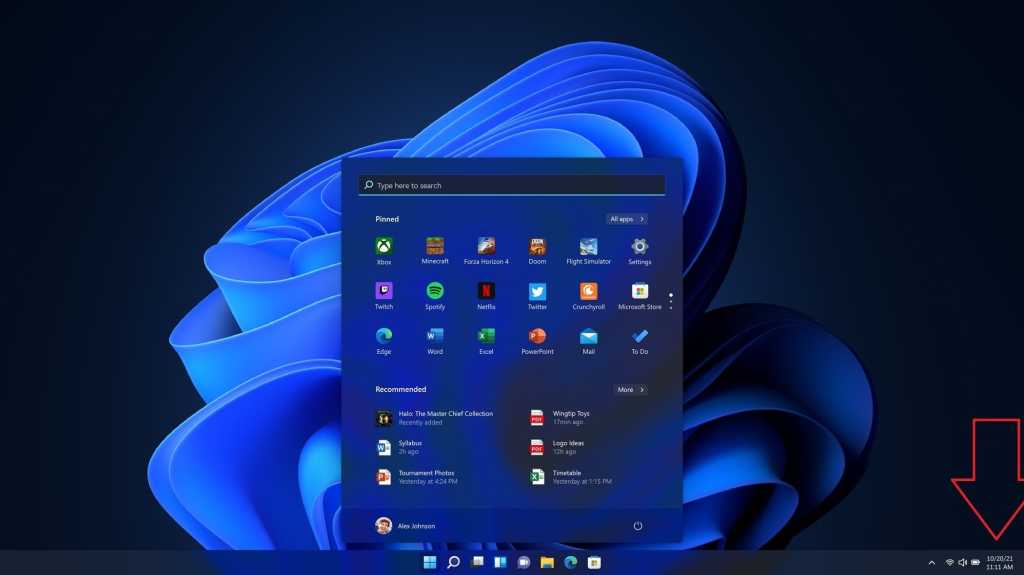 Microsoft has announced Windows 11, stating that its next operating system will ship sometime this holiday season. Assuming that’s true, when will Windows 11 begin shipping to users? Microsoft may have left clues that it’s happening this October.

Editor’s Note: Microsoft has confirmed that the Windows 11 launch date will be October 5. Our original story has been left intact.

We already know that Microsoft will ship Windows 11 in beta form for Windows Insiders, because we’ve already gone hands-on with the official Windows 11 build from Microsoft.

But as Microsoft is sometimes wont to do, it may have left the answer to “when will Windows 11 ship?” right in front of our faces. Credit to The Verge on this one: Microsoft’s event featured an example message via Teams talking about “turning it up to 11” in October. But the real hint may have been in the screenshots that Microsoft posted as examples of Windows 11: Most, if not all, included dates in the corner that recorded the time as 11:11 AM on October 20, 2021.

You can see the same date if you look closely at two screenshots that Microsoft released:

Microsoft, of course, isn’t saying anything about the official Windows 11 release date, other than it’s due by holiday 2021.

History tells us that Windows 11 will ship in the fall

Microsoft typically tests builds for about six to nine months before they’re released to an Insider channel. Insider builds that are shipped in the six-month runup to a feature release usually appear in the Beta Channel; anything earlier usually lands inside the Dev Channel.

Let’s assume that Nadella has tested and provided early feedback on some “Dev” quality builds and possibly some Beta-quality builds, too for the past “several” months. That projected a Windows 11 beta release to Windows Insiders sometime in the summer or early fall, which, as we’ve seen has happened.

Whatever Microsoft releases in the fall will have been tested by the public as an Insider build. Enterprises, certainly, will want every opportunity to test it on their line-of-business applications.

Here’s when Windows 11 will ship, we think

All that means is that PCs running Windows 11 will likely ship this fall. Our timeline already pointed toward October or November as the most likely candidate months, anyway, given that’s when Microsoft typically ships its latest feature updates.

Is October 20 the actual Windows 11 ship date? We can’t know for sure, but it looks like the most likely candidate right now—for PCs.

The more profound the differences between Windows 10 and Windows 11, however, the longer we’d expect the testing period to persist. If Windows 11 involves enterprises, it wouldn’t be surprising if Microsoft offered the option for those businesses to delay their upgrades until spring 2022, or even longer. Consumer PC makers will be eager for something new to boost holiday hardware sales, though, and we’d bet Microsoft will be happy to oblige.

This story was updated at 12:04 PM on Sept. 7 to reflect Microsoft’s announcement of the Windows 11 launch date.