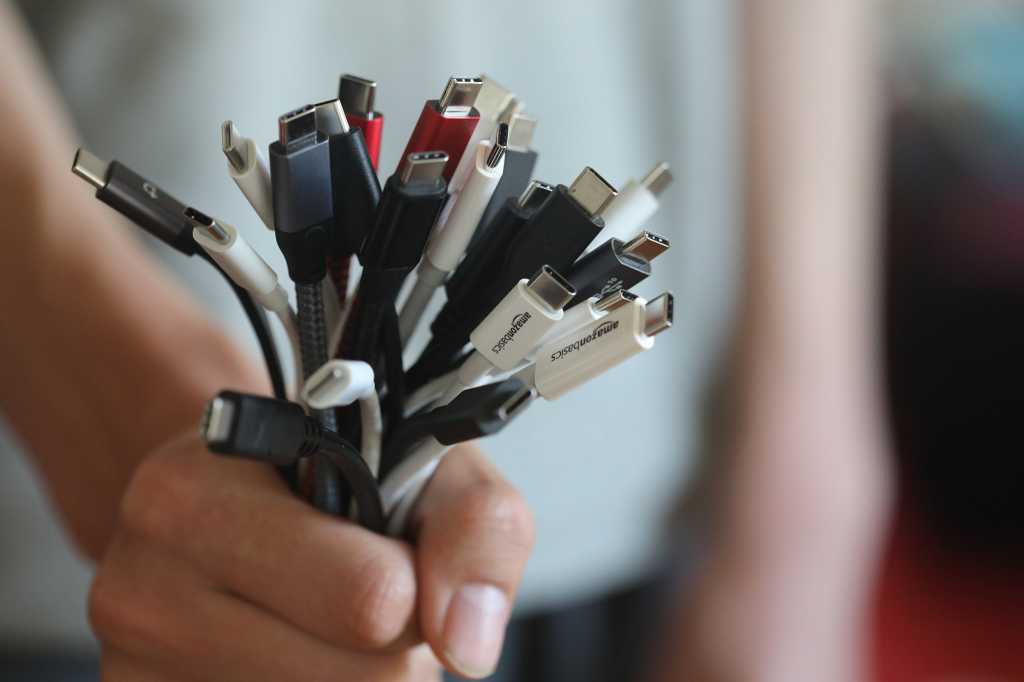 Shopping for a USB-C cable at a store as wide and deep as Amazon can drive anyone nuts.

Besides USB-C cables of every color and braid, hundreds, if not thousands of vendors vie for your attention by stuffing keywords of popular products—“Samsung Galaxy S10,” “S9,” “MacBook Pro,” “iPad Pro,” “Google Pixel,” etc.—into the descriptions.

Once you select an item, you’re then faced with trying to decode what the cable actually does, and figuring out if it’s what you need. Do you care whether it has an e-Marker, USB 3.2 10Gbps, or DisplayPort?

Here are some key tips to keep in mind as you shop for USB-C cables on Amazon. If you’re looking for a good USB-C hub to go with that port, we have you covered there, too.

What do you need the USB-C cable for?

Today’s USB-C cables are used for charging, transferring data, or connecting to a monitor. Just think about what you’ll honestly use that cable for 90 percent of the time, and read the pertinent section below:

How to pick a USB-C cable for charging

The cable type matters, too: Do you want a rectangular USB-A to ovular USB-C cable, or do you need a USB-C to USB-C cable?

Is there any reason to buy USB-A to USB-C?

USB-A is the familiar rectangular port that’s been on the back of computers and most wall chargers for more than 20 years. Its charging rate has typically been very slow, with most cables and chargers capable of handling 5 watts to 15 watts. What is likely to confuse you when shopping on Amazon are the vendors who claim their USB-A to USB-C cable can handle, say, 100 watts/5 amps.

What they don’t tell you is that the high charge rate is typically achievable only when using a proprietary charger from the phone maker. Because they’re proprietary, they often don’t work with other devices. Plug a Samsung Galaxy S20 into the 120-watt Xiaomi Mi 10 Ultra charger’s USB-A port, and you may not see charge rates above 18 watts, or even a standard USB-A port’s 12 to 15 watts. 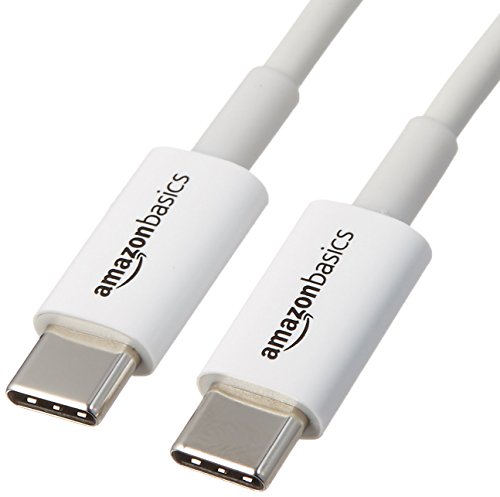 If you’re hoping to use that “100-watt” cable to charge your MacBook Air or Dell XPS 13, it will likely charge only at very, very low speeds, even if connected to a USB-A charger rated for 100 watts, because neither of the laptops will use that proprietary system.

Still, USB-A isn’t all bad, especially if you have a shoebox of USB-A chargers and don’t mind charging your phone or tablet very slowly. For a laptop that’s turned off, it might charge fully overnight. If you need more charging speed for more devices, go USB-C to USB-C.

Why most people should buy USB-C to USB-C

To hit the highest charging rates in the most devices, it’s recommended that you select a USB-C to USB-C cable to go with a high-wattage USB-C charger. Rather than follow the phone or chip maker’s proprietary system, USB-C to USB-C cables charge over an open USB-Power Delivery (USB-PD) standard. As long as they’re plugged into a 30-watt, 60-watt, or 100-watt USB-C charger, most modern devices will get the most out of USB-C.

Browsing Amazon, you usually see two wattages shown for USB-C to USB-C charging cables: 60 watts or 100 watts. By specification, any USB-C to USB-C cable must be able to supply 60 watts/3 amps over USB-PD. That means any USB-C cable maker that did its homework can charge most tablets or laptops without issue. The 60-watt cables tend to be lower in price, with 6-foot or 2-meter cables to be found in the $8 range or lower.

Why you probably don’t need a 100-watt cable

Whether you need a 100-watt cable is usually up to the charger you have, and the laptop you want to charge under load while being used. For example, a Dell XPS 15 can use all 100 watts and more on its proprietary 130-watt USB-C charger, while a Dell XPS 13 ships from the factory with a 45-watt USB-C charger. The MacBook Pro 13 doesn’t need more than a standard 60-watt cable and charger, while the MacBook Pro 16 should be paired with a 100-watt cable and charger for the fastest charge rates.

If you just want to replace the USB-C to USB-C cable that your dog destroyed, for most phones, tablets and thin-and-light laptops, a low-cost, 60-watt cable is all you need.

How to pick a USB-C cable for transferring data

Besides charging, most people use USB-C to USB-C for transferring data between a USB portable drive or a phone, laptop, or tablet. This is where it gets complicated. Most of the basic lower-cost cables work just fine for charging a tablet or laptop even up to 60 watts, but many will hawk “High Speed USB 2.0,” or call 480Mbps a “fast” data transfer speed. That was “fast” 20 years ago, when USB 2.0 was first introduced. Today, it’s ploddingly slow. 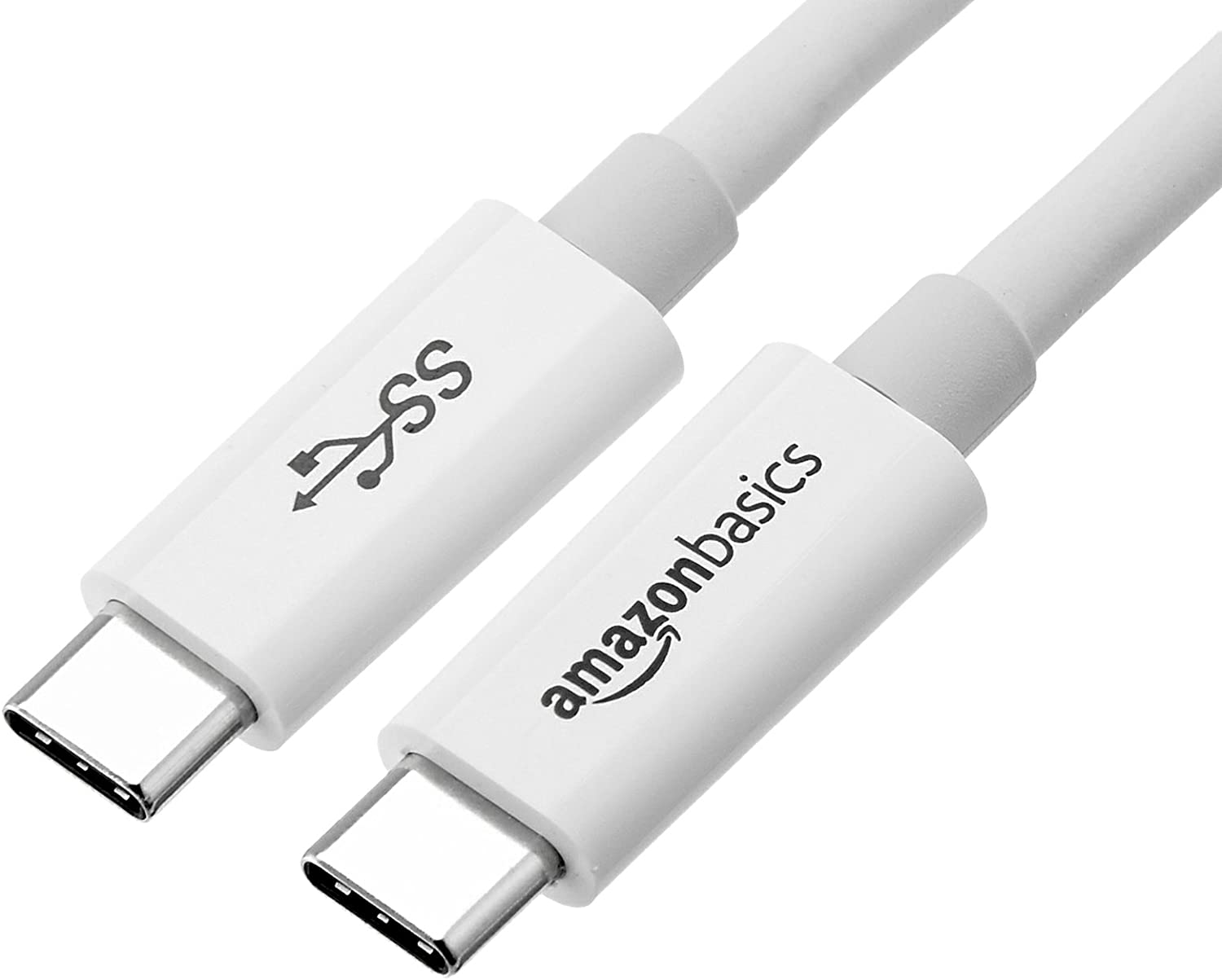 A USB 2.0 cable will take about 65 seconds to transfer a 4GB file, while a USB 3.2/10Gbps rated cable should take about 4 seconds. If you value high-speed data transfers, you’ll definitely want to shop for a USB-C to USB-C cable that mentions USB 3.1 or USB 3.2, at speeds of 5Gbps or 10Gbps.

Some cable makers may throw in “20Gbps,” which is the most advanced USB speed. We often see that on 6.6-foot (2-meter) cables, even though the maximum speed of a 2-meter cable is technically limited to 10Gbps. Even if the claim is too good to be true, it probably means the cable has the additional wires to hit the 5Gbps or 10Gbps speeds, so it should outperform one that says it’s limited to 480Mbps.

Do you need Thunderbolt? Probably not

There’s another family of technology that plugs into a standard USB-C port: Thunderbolt 3 and Thunderbolt 4. Both are advanced connections developed by Intel that can do just about everything USB-C can do, and more. You won’t find them in any phone or Android or iOS tablet, only in Windows or Mac laptops.

We have seen surprisingly good results using lower-cost, but higher-quality USB-C cables for Thunderbolt devices. Still, if you paid for that high-performance Thunderbolt device, you should pay a cable that gives you the full performance. Look for a Thunderbolt logo (a lightning bolt) and mention of 40Gbps to get the most out of it.

All others can generally skip the high expense of a Thunderbolt cable.

How to pick a USB-C cable to connect a monitor

The last use most have for USB-C cables is to connect your laptop over its USB-C port to a monitor that also has a USB-C input for video. Most desktop monitors don’t, so you might actually be buying a USB-C to DisplayPort cable, for instance, to match whatever your monitor’s connection is. But if you have a portable monitor, or your desktop one uses a USB-C port for video, you need to have that capability in your cable.

That functionality actually uses the same wires that would normally be used for transferring data at USB 3.2 speeds of 5Gbps or 10Gbps. So, generally any cable that claims to support those speeds should work. For example, Amazon’s 6-foot Basic USB-C cable officially supports only 60-watt charging and USB 3.1/5Gbps transfer speeds. It doesn’t mention supporting displays over USB-C, but because it has the wires for the faster USB speeds, it worked with our 240Hz, 1080p panel without issue.

Certainly it’s better to have a cable maker explicitly say that it supports video output (and most do), but just know a standard cable that can hit higher speeds should work just fine.

Should I care about the e-Marker?

One last item many of the cable vendors hawk is an e-Marker in the cable. This is a required ID chip embedded into some USB-C to USB-C cables that tells the device or charger it’s plugged into how fast it can charge, as well as how fast it can transmit data, and even how long the cable is.

Under the rules, for a standard USB-C to USB-C cable that charges at 60 watts/3 amps and transfers data at USB 2.0/480Mbps, there is no need for an e-Marker to be in the cable.

If the cable transfers data at higher than USB 2.0 or can reach 100 watts, the cable maker is required to embed an e-Marker in the cable. Some vendors on Amazon actually say the e-Marker helps smooth out the power, as a way to scare you into buying their product. As far as we know, that’s not true, and the e-Marker is nothing more than a gatekeeper. The quality of the wires and connectors do all the work.

So if you’re looking for a low-cost cable to charge at 60 watts or below and don’t need the high-speed, you can ignore the e-Marker claims.

Am I safe buying a no-name cable?

One of the biggest questions we probably can’t answer for you is whether it’s OK to buy a no-name cable on a marketplace where thousands of vendors are all selling the same commodity part. While early USB-C cables got a bad rap for potentially being dangerous, most of that is behind us now. For most basic charging uses from a phone to a standard phone or tablet charger, most of the cables should work (as long as they support the feature you need).

We have to admit that when we went looking for 2-meter USB-C cables that would fail in performance or compatibility, we were surprised by how well they did. So, we do think if you heed the number of positive reviews a no-name cable has (at least 1,000 is a good sign), and heed what the manufacturer claims, you’ll be OK. With that said, that advice is mostly for data transfer or use with a monitor.

For charging, especially at high wattage rates, you may indeed want to stick with a known brand such as Apple, Belkin or Cable Matters. While a name brand doesn’t guarantee it’ll be better, you can imagine that Apple, Belkin and Cable Matters know that their reputations can get singed just as easily as a cable. 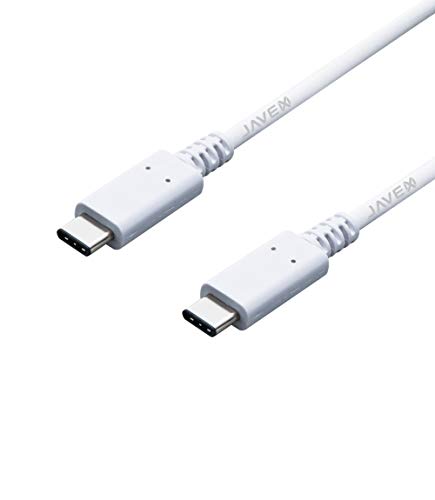 The other mark to look for is Underwriter’s Laboratory, which you should recognize from its approval of most AC extension cables, outlets, switches, power strips, and just about anything that connects to mainline power. UL has begun wading into USB-C with its UL 9990 program. UL basically tests a submitted cable design to meet its safety requirements and then it will actually buy the cables at stores once they’re on sale to continue testing. So yes, if you are concerned about the risk from a USB-C cable going bad and melting, a UL 9990 cable is a peace of mind some will pay for.

As you can imagine, this much testing and continual testing is beyond the capabilities of most small companies selling a USB-C cable. That’s why only very few  cables currently carry the 9990 rating. On Amazon, among the thousands of cables out there, we could only find one company that touts UL’s 9990 approval. The cable, unfortunately, doesn’t support the more advanced features.