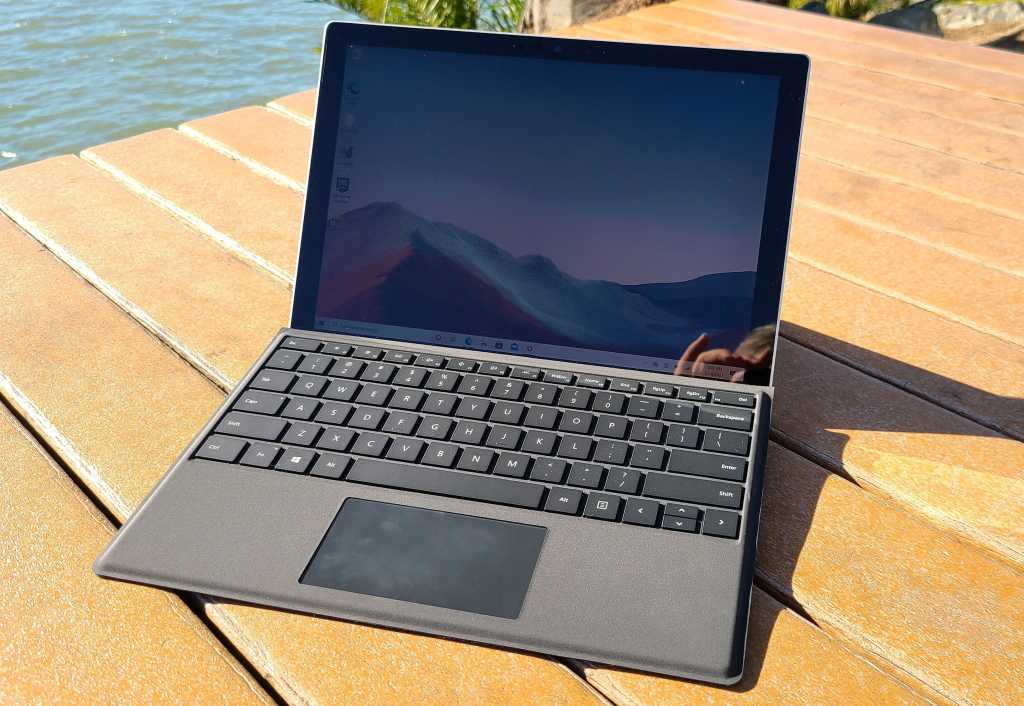 One of the unexpected new features that turned up in the first official Windows 11 beta build is Dynamic Refresh Rate, a way for your PC to boost the refresh rate above its normal 60Hz while inking. Sound familiar? Well, no—not if you’re a Surface owner. This DRR feature could signal that the long-anticipated Surface Pro 8 tablet is due this fall.

It’s an entirely speculative argument, though the accumulation of circumstantial evidence increasingly indicates that it could be true. Here’s how the pieces are coming together.

What is Dynamic Refresh Rate (DRR)?

Variable refresh rate is already a staple of gaming PCs: The PC can adjust the display’s refresh rate to align more closely to the output of the graphics chip, avoiding the visual artifacts known as screen tearing. The new dynamic refresh rate will adjust the refresh rate of a laptop with a screen rate above the standard 60Hz—a display with a 120Hz or a 144Hz display, for example—up or down, depending on the task at hand.

Smoother scrolling is one task that would benefit from DRR, and for Surface tablets, the other is inking. Users tend to frown at laggy, jerky pen input. On the other hand, a display running at 120Hz consumes more power than it does at 60Hz, as the screen is refreshing twice as frequently. DRR dials up the refresh rate when it detects a pen, improving the experience, and dials it back down to save power when a reader is doing something like writing an email. In this case, however, the user isn’t responsible—Windows makes this decision independently.

Microsoft isn’t making Dynamic Refresh Rate available to all laptops—just those that can support it, the company said. (To check, go to the Windows Settings menu, then Settings > System > Display > Advanced display. Under Choose a refresh rate, select Dynamic.)

How DRR hints at another Surface

Microsoft has said nothing about a new Surface tablet coming this fall, which would be a follow-on to the Surface Pro 7+ we reviewed earlier this year. On the other hand, Microsoft has been the only manufacturer to produce generation after generation of Windows tablets specifically optimized for inking.

If it’s true that DRR was designed specifically for inking, then a new Surface Pro 8 tablet becomes even more likely. Would Microsoft develop an inking technology, then sit by and let some other manufacturer innovate around it? Probably not.

It’s also likely, then, that a new Surface Pro tablet from Microsoft is due in the fall. We know that Windows 11, and Windows 11-based PCs, will debut in time for the holidays. More clues are leading us to believe that the Windows 11 launch may be in October. Microsoft has also made a regular habit of introducing new Surface hardware in the October timeframe.

The new DRR feature in Windows 11 adds to the other mounting evidence that we’ll likely see a Surface Pro 8 tablet with a high-refresh-rate screen debut this fall, possibly in October. We’ll find out then.