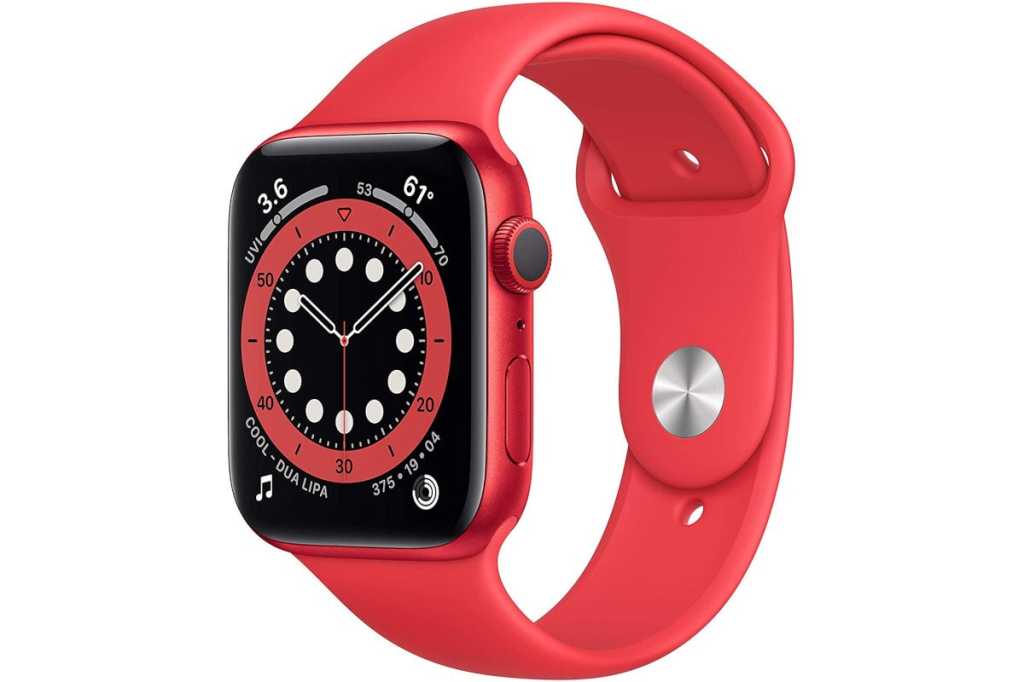 If you missed the Apple Watch discounts during Prime Day or the fantastic deal earlier in June at Best Buy, we’ve got an ever better Apple Watch bargain today. Amazon is selling the 44mm Apple Watch Series 6 (Product)RED version for $349, a new all-time low that’s cheaper than the Prime Day savings and a solid $10 less than Best Buy’s steepest discount.

This deal is only available for the Product Red version and it comes with a sport band. Our reviewer gave the Apple Watch Series 6 a stellar 4.5 out of 5 stars, calling it not only “Apple’s best smartwatch” but also “the best [smartwatch] you can find anywhere at any price.”

The Apple Watch Series 6 adds a blood-oxygen sensor to its stable of features, though we thought the on-demand readings were a little too finicky. The Series 6 also packs in the usual ECG readings, Siri support, apps galore, GPS, and a bevy of other sensors. Oh, and it’s water resistant up to 50 meters, meaning you can keep it on your wrist while jumping in the pool.

To recap: The Apple Watch Series 6 is simply the best smartwatch you can buy, and it’s never been cheaper. What are you waiting for?