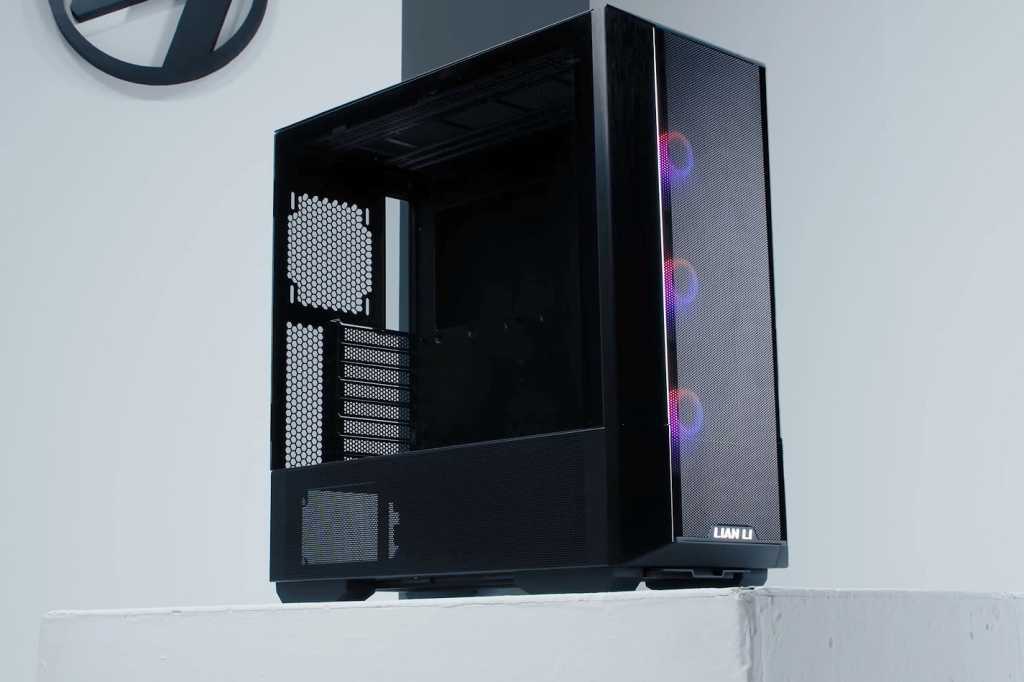 The Lian Li Lancool II earned near universal praise at its launch—at $90, it was an affordable, beautiful mesh case with good airflow. Now less than a year later, the company has unveiled the Lancool II’s apparent successor with a YouTube reveal on Monday, during its 2021 Digital Expo 2.0.

The Lancool III takes much of the Lancool II’s formula and enhances it, with multiple small tweaks that are likely to add up to an even smoother building experience. Some are design changes that give the Lancool III a sleeker look, like softer angles on the front panel. Many appear to be enhance modularity or functionality: Starting at the front of the case, you can position the I/O panel at either the top or the bottom of the panel. Said panel has a much larger mesh section, too. And the fan and radiator mounting bracket behind it not only accommodates four different positions, but is now toolless as well.

Moving through the case, those kinds of small details continue to add to the laundry list of thoughtful adjustments. For example, the number (and sizes) of fans or radiators that you can mount on top of the power supply shroud has expanded: up to three 120mm fans, a 360mm radiator, two 140mm fans, or a 280mm rad. In contrast, the Lancool II accommodates only two 120mm fans in the same region. And next to the motherboard, the cable management bar can be shifted toward the front panel to create more room to maneuver cables through, before sliding it back to its original position—ideal for, say, a 24-pin power cable and all its exasperating chonk.

Drive mounting locations have gotten attention, too. In what may be a nod to critiques about available space for fan mounting above the power supply shroud, the Lancool III reduces the height of the hard drive cage to just two drives, but adds in a second cage for a total of four spots capable of taking 3.5-inch HDDs. Both are removable, but one is a sliding cage that can be repositioned within the PSU shroud, while the other is in a fixed spot. The overall number of drives you can install has also increased, up to nine compared to the Lancool II’s seven.

Overall, Lian Li seems to have a strong awareness of not just the great hassles of PC building, but also the papercut-level annoyances that can add up over time. Even the Lancool III’s cable covers have been revised—they now sport hinges, a luxe touch on a case of this class. It’s this kind of awareness that continues the company’s other upcoming products, too, like the O11D Evo.

That case—which was first shown at Lian Li’s first 2021 Digital Expo back in February—sports head-turning new features in addition to granular polish. In the second look at this updated take on the wildly popular O11 Dynamic, several new details emerged, like the decision to make the I/O ports modular. You can mount them the front, left, or right side of the case, rather than being fixed on the right-hand side as they were previously. The company also noted to the press that the side panels can be removed without taking off the top panel, due to the change to a pin-lock mounting style. Availability for the O11D Evo will be the end of October, with a price of $159.99 USD.

Also announced during Lian Li’s Digital Expo 2.0 was a new variant of the company’s popular modular fan, the Uni Fan SL120 Infinity. This version retains the interlocking style of the standard SL120 and upcoming AL120 (which reduces the number of cables needed to power the fans and LED lights) and then amps the bling factor considerably. On the prototype shown, RGB lighting has visibly increased, and mirrors have been added to the corners and front center. Availability and pricing were not revealed.