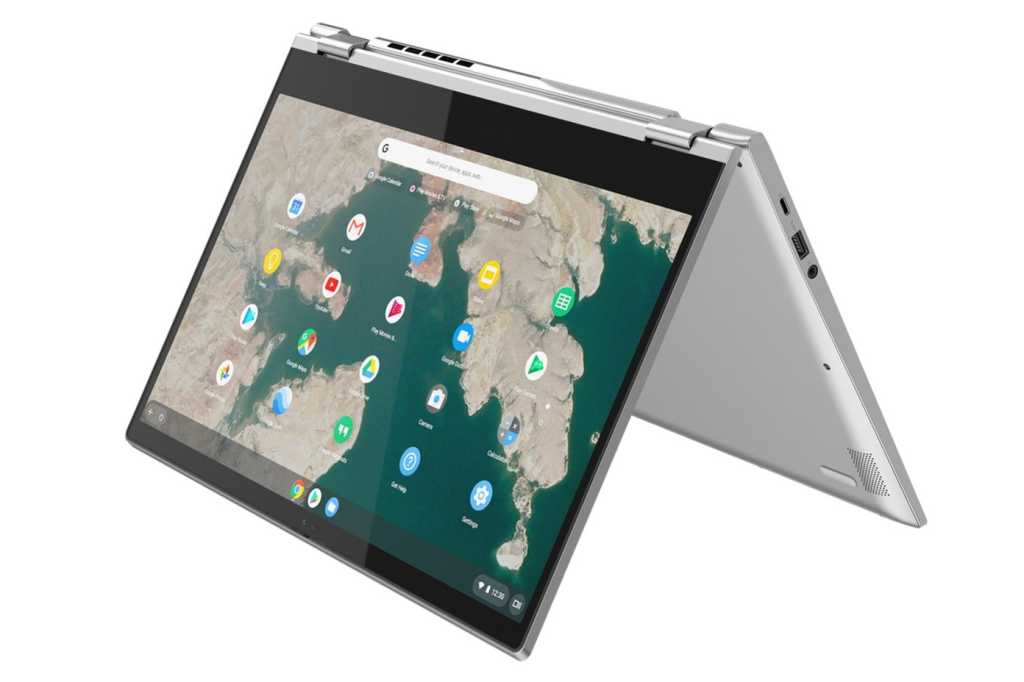 Most of the time we prefer to see Chromebooks priced around $200 to consider it a deal, but today we’re making an exception. Best Buy is selling the Lenovo C340 15-inch convertible Chromebook for $299Remove non-product link, down from a $500 MSRP. It’s going for about $380 via third-party sellers on Amazon, making this an exceptional deal.

What makes this Chromebook worth looking at is its big convertible touchscreen display, and its Intel Core i3-8130U processor. This is a Kaby Lake R processor that first came out in early 2018. That’s a little old for a new Windows 10 PC, but on a Chromebook this CPU should just plain rip. Most Chromebooks run on Celerons or similarly low-end processors, not full-fledged Core chips.

The 15.6-inch display has 1080p resolution, and it’s a touchscreen with 10-point multitouch. The hinge bends back 360-degrees, allowing you to use the laptop as a tablet or in tabletop mode, as well as the usual laptop mode.

The Lenovo C340 offers the Chromebook-usual 4GB of memory, while onboard storage is handled by a 64GB eMMC. For ports, it has two Type-C USB 3.1 Gen 1 connections and one standard USB at the same speed. There’s also an SD card if you need more storage, and for wireless it has 802.11ac and Bluetooth.

These are all excellent specs for a Chromebook. Add to that the fact that the laptop runs Chrome OS for web browsing, Android apps for added convenience, and Linux desktop programs when you need them.

If you’ve been thinking about a Chromebook this is the one to get.