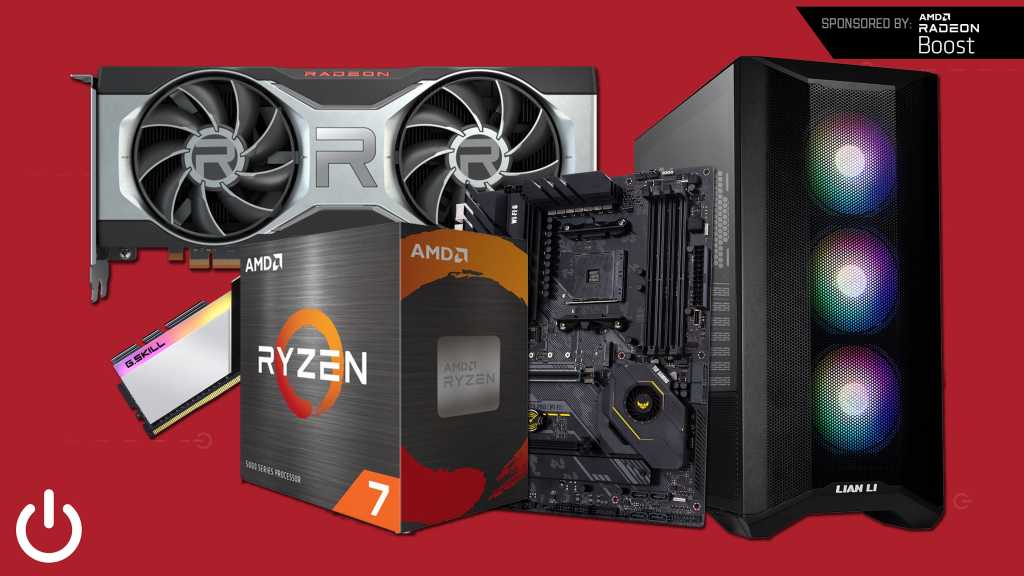 With the recent launch of FidelityFX Super Resolution (FSR), AMD has added yet another powerful tool for gamers. Features like FSR, Radeon Boost, and Smart Access Memory are all meant to help PC gamers get more out of the hardware they own. At 11:00 a.m. PT on Wednesday, July 7, we’ll build an all-AMD-based gaming PC live on YouTube to try out those very features.

The build is sponsored by AMD (who provided the CPU and GPU), but the rest of the parts were picked and purchased by PCWorld to make a very capable gaming machine. The total cost of this particular build hits around $2,000 (if the GPU was bought at MSRP) and includes these parts:

At the heart of the system are an 8-core AMD Ryzen 7 5800X, which is great for gaming and streaming on one machine, and a Radeon RX 6700 XT, which targets 1440p gaming and above. There’s a generous 16GB of fancy, high-clocked RAM for gaming, and there are two fast storage options to accommodate all the newest titles. Both are plugged in to a well-reviewed X570 motherboard from Asus, and it’s all going to be thrown into a very popular Lian Li tower with plenty of RGB.

After the system is built we’ll show off how to configure an AMD-based PC for getting the best possible performance, including enabling Smart Access Memory, installing and updating Radeon Adrenalin software, and configuring things like Radeon Boost. In the weeks following the build we’ll be doing game streams on this rig over on PCWorld’s YouTube channel—the first one will take place at 2:00 p.m. PT on Friday, July 9.