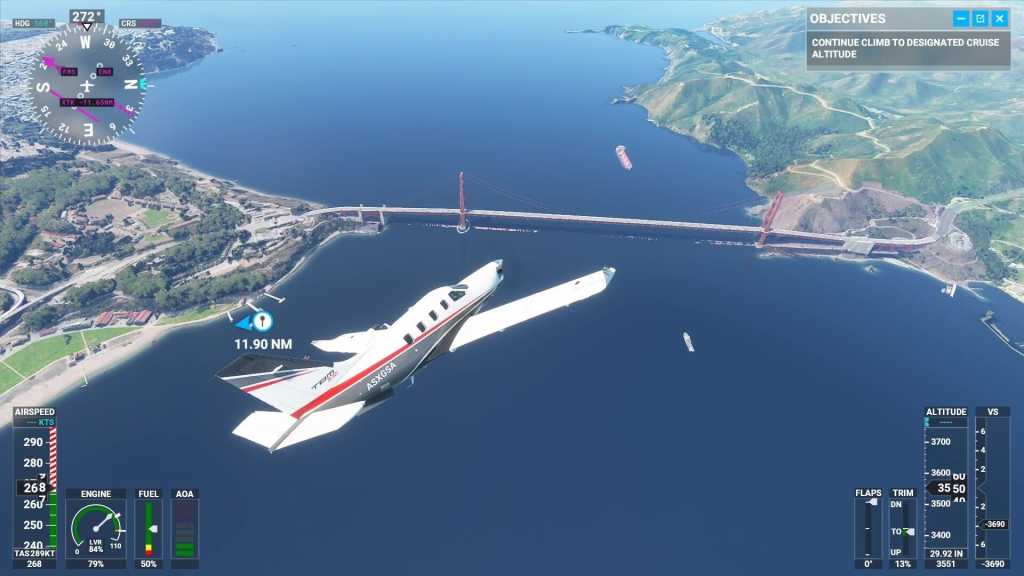 If you’ve held off playing Microsoft’s latest Flight Simulator game because of its crazy performance requirements, we have good news: Developer Asobo Studios has dramatically improved the game, allowing it to be played on an average gaming PC.

Asobo doubled the frame rate and significantly reduced the memory requirements, making Flight Simulator accessible to even more gaming PCs. Specifically, the upcoming Update 5 allows a gaming PC with a Core i7-9700K and GeForce RTX 2060 Super to get a fairly stable, stutter-free 58 to 60 frames per second, about double the frame rate on the same system on the current Update 4.

Just as importantly, Asobo also reduced the memory requirement. That 60 fps on Update 5 is achieved with 4.5GB of RAM, compared to 16GB on Update 4.

You can see the performance improvements in action in the video below from Twinfinite, which recorded a developer Q&A with Asobo.

Flight Simulator has become the Crysis of the current generation of PCs—the game that really tests the limits of your hardware. It’s notorious for its slow load times, live updates from the cloud, and jaw-dropping visuals. Maintaining high frame rates among all of that other visual appeal is an unexpected bonus for anyone who wants to explore our virtual world.

Asobo also confirmed that Flight Simulator will be playable on the Xbox Series X at 4K resolutions (but only 30 fps for now), according to The Verge. It’s available for preloading right now. Microsoft has also said that it plans for Flight Simulator to be playable on the Xbox One via cloud gaming. We wouldn’t be surprised if it eventually became available on the PC as well via cloud gaming, which is now live for all Game Pass Ultimate members via the browser.