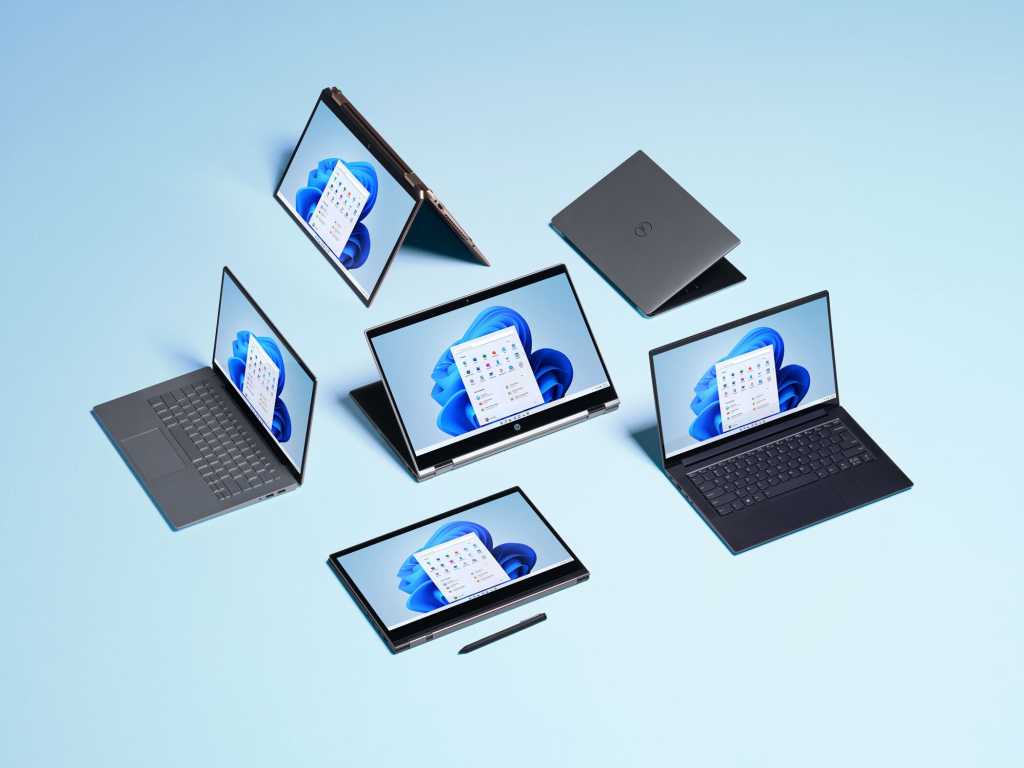 Can my PC run Windows 11? Microsoft hasn’t made that question easy to answer, as Windows 11’s hardware requirements have been confusing, not least by the need for TPMs. Microsoft itself pulled the PC Health Check app, which was one of the few ways that you could tell if your PC qualified for Windows 11.

Now, some PC makers are simply telling you whether your PC can upgrade to Windows 11, or if you’ll need to buy a new one. Below, you’ll find links to the major PC makers who’ve published such lists.

Some have included FAQs or explanations of the Windows 11 hardware requirements as additional context. You can find more information about this and other relevant Windows 11 topics in our Windows 11 superguide.

Acer PCs that can run Windows 11

Acer currently isn’t highlighting its existing PCs that can run Windows 11, as some other manufacturers in our list do. The company’s Windows 11 page pushes potential customers to buy the Acer Swift 3, and the many Acer Swift 3 models that it offers. We’re not entirely sure if Acer’s Swift 3 (SF313-52-78W6) from 2020 will qualify for Windows 11, though the cutoff date from other manufacturers appears to be 2019 or so. We would imagine that Acer’s Swift 3x (2021) would also qualify for Windows 11, though Acer has yet to confirm this.

Asus PCs that can run Windows 11

Asus has published a general overview of Windows 11, including some of the features that Microsoft’s latest OS offers. But you’ll want to dive into this massive list of Asus PCs that will receive Windows 11 to be truly sure. You may need to click the appropriate tab at the top of the page.

Make sure that you know your model number—you can find it on the bottom of the laptop, as Asus explains.  That’s important, as PCs that qualify for Windows 11, such as the superb Asus ROG Strix G15 Advantage Edition, can carry model numbers specific to a particular retailer.

Dell PCs that can run Windows 11

Dell provides a thorough, easy-to-use list of Dell PCs that can run Windows 11, from its Alienware gaming desktops and laptops right through to its Vostro line and Precision workstations. Dell also provides a handy Dell-specific Windows 11 FAQ, which notes that all Dell PCs currently sold on Dell.com will be upgradable to Windows 11, beginning “late in 2021.” (Microsoft has said that Windows 10-to-11 upgrades won’t happen until 2022, but it’s possible that OEM systems may receive special treatment.)

“If your device is not listed, Dell is not testing the device and drivers will not be upgraded for that model,” Dell says. “If your device ships with a version of Windows 11, drivers are available for that version and testing is not necessary.”

We haven’t checked every device on this list, but the oldest XPS laptop that qualifies for Windows 11 appears to be the Dell XPS 13 7390, which we reviewed in November, 2019. Unsure which Dell PC you have? Dell’s SupportAssist tool can help.

Dynabook PCs that can run Windows 11

Dynabook, the smaller PC maker which has taken over for Toshiba, hasn’t said much about its Windows 11 plans. It has, however, released a statement: “Dynabook is excited about the arrival of Windows 11 and we look forward to adding it to our portfolio of the world-class mobile computing solutions – Portégé, Tecra and Satellite Pro.” The company hasn’t said when that will happen, however, or whether any models will be excluded.

HP PCs that can run Windows 11

HP’s Windows 11 site includes a brief Windows 11 FAQ. There are two key points: First, HP’s introduction includes the disclaimer that “our current Windows-based PCs will be upgradeable to Windows 11 when it’s available later this year.” Second, HP says that PCs sold on its site will include a “badge” that indicates that they can be upgraded to Windows 11. HP representatives referred us back to Microsoft’s Windows 11 hardware specifications when we asked for further clarification.

HP’s press release does provide some wiggle room for including PCs that do not appear on the list, including older Omens. Your best bet is to look for the Windows 11 badge on PCs sold on HP’s site. (The badges, from what we can see, have yet to appear.)

Lenovo PCs that can run Windows 11

So far, Lenovo hasn’t done much to promote Windows 11 except to reproduce some of Microsoft’s guidance via a Windows 11 FAQ, which clarifies certain aspects that we already know, such as whether it’s free (it is) and so on.

Microsoft PCs that can run Windows 11

Microsoft was one of the first PC vendors to highlight that several of its older Surface PCs could not run Windows 11—clearly indicating that Microsoft wasn’t playing favorites with its new hardware requirements. We’ve listed the Surfaces that qualify for Windows 11 as part of our earlier story. If you own an older Surface Pro tablet or a first-generation Surface Book, you’re out of luck.

You might think that Microsoft’s online store would offer some information about whether the PCs it sells would be Windows 11-compatible, but no luck so far.

MSI PCs that can run Windows 11

MSI has done an excellent job of explicitly telling you which of its PCs will support Windows 11, with an extensive list of Windows 11-supported PCs as well as a FAQ (PDF) too. The latter information seems sourced directly from Microsoft.

What’s interesting, though, is that MSI lists only desktops and all-in-one PCs as candidates for Windows 11. There’s not a single consumer laptop on the list, such as the MSI GE76 Raider.

Razer PCs that can run Windows 11

Samsung PCs that can run Windows 11

Samsung hasn’t said anything on Windows 11 that we can find, including anything on the company’s website. We’ve asked the company which Samsung PCs will be eligible for Windows 11, and we’ll add them to the list when we hear more.

We would expect that Samsung’s Galaxy Book Pro 360, a 2021 laptop, would be a good candidate for Windows 11.