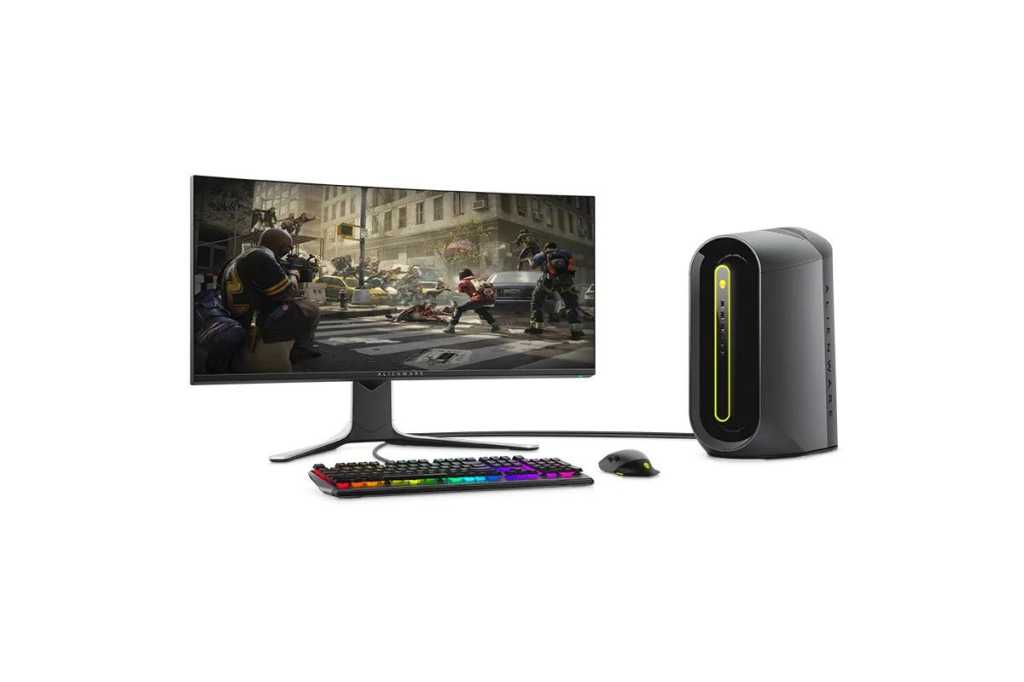 Prices are still insane for gaming gear, but Dell is making things a little easier today with a pre-built 1080p gaming desktop. The Alienware Aurora Ryzen Edition R10 with an Nvidia GeForce RTX 3060 is $1,100 (tower only). That’s $410 off the MSRP, and not much more than you’d pay for just the graphics card alone—when you can find one. The RTX 3060 is going for up to $900 by itself on Ebay, with used models fetching between $650 and $750. The deal is only being offered in limited quantities so act fast if you’re interested though.

This sleek desktop features a six core, twelve thread Ryzen 5 5600X processor, which kicks butt for gaming and has been in short supply itself for much of the year. The base clock is 3.7GHz and it boosts up to 4.6GHz. As we mentioned at the start, graphics are handled by Nvidia’s RTX 3060. We reviewed this graphics card, giving it just three out of five stars for its poor price-to-performance value compared to the previous generation, but the insane GPU shortage means those concerns aren’t nearly as relevant today. As a no-compromises 1080p gaming card it’s superb, and it’ll also do well in entry-level 1440p gaming. Plus, this thing supports Nvidia’s DLSS and real-time ray tracing for improved visuals.

This is an excellent 1080p gaming desktop available at good price, for the times. The one thing we wish it had was an SSD, but you can always crack open this desktop once you get it and slip in one of our favorite SSDs if the lack of solid-state speed would otherwise be a dealbreaker for you.