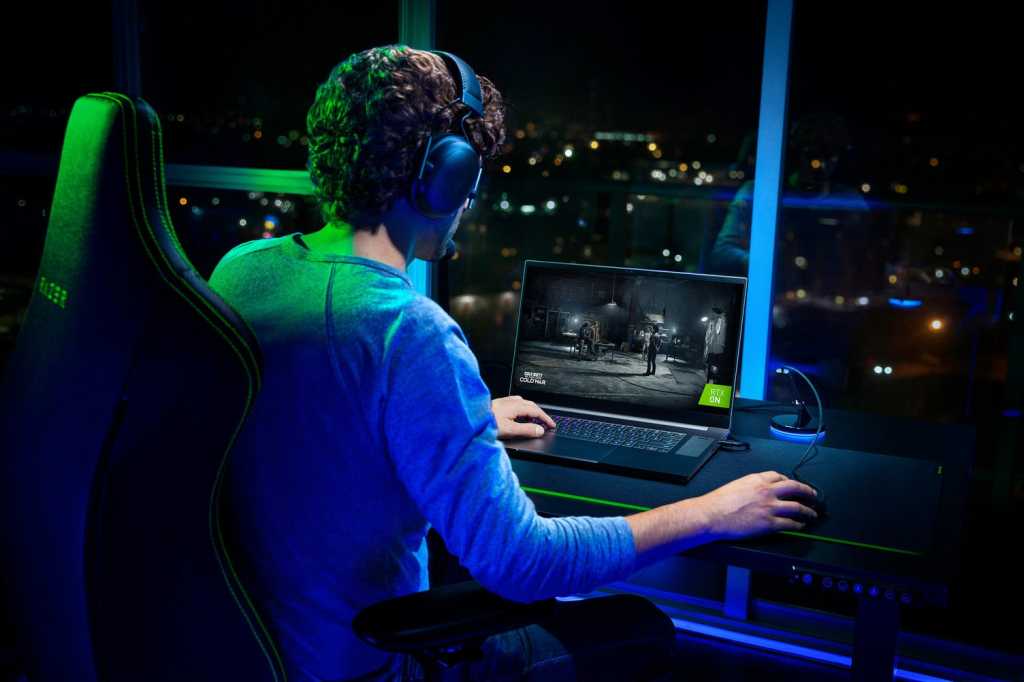 Razer has launched the latest generation of its Razer Blade 17 gaming PC, though with numerous enhancements that the company says will make it usable for both work and after-hours gaming.

Razer’s Blade 17 (previous generations were known as the Razer Blade Pro 17) will be available on July 30 in seven configurations, starting with a base price of $2,399 up through $3,699.  You can preorder now on Razer.com.

The most expensive configuration, known as the RZ09-0406A*R3, will add a Core i9 for the first time, specifically the 8-core,16-thread Core i9-11900H. A Razer representative said that the i9-11900H uses a PL1 setting of 65W, which for that specific part is the maximum allowed by Intel.

Otherwise, the configurations will be based upon the Intel Core i7-11800H, with a range of Nvidia GeForce RTX 3060, 3070, and 3080 GPUs. Razer says the Thermal Graphics Power (TGP) of the Nvidia GPU is 130W, which is in the middle to upper echelon of the 90W to 150W GPU power we’d expect to see in that particular size of notebook. The Blade 17’s physical design provides more thermal headroom than its competitors, according to the company, with a vapor chamber that allows for superior cooling.

“Across the board, you know we’re elevating everything over the previous gen of Blade 17,” a Razer representative said. Memory options now include 32GB, for instance, and bump upfrom 2933MHz to 3200MHz DDR4 memory. Storage options have also improved, from PCIe Gen 3 to PCIe Gen 4, although the total factory loadout has remained fixed at one terabyte of storage. (Users can upgrade the SSD themselves to 2TB of storage and to 64GB of memory, Razer said.) Razer let us publish the specs and prices for all models, below:

Another new detail worth mentioning: The Razer Blade 17 sports not one, but two Thunderbolt 4 ports, on either side. You’ll be able to charge through those ports using an off-the-shelf USB-C charger, though it won’t charge as quickly as you can using Razer’s included 230W charger. Ports include ethernet, HDMI 2.1 port, UHS-III SD card reader, and three USB 3.2 Gen 2 (10Gbps) Type-A ports.

The Blade Pro 17 has a starting weight of 6.06 pounds. As it has previously, Razer uses a CNC milling process that helps keep the laptop thin, light, but structurally solid. While Razer kept the anodized coating that appeared on previous models, the company added an anti-fingerprint coating that will resist (but not eliminate!) fingerprints, Razer said. It also improved its Precision touchpad with better palm rejection.

The Blade 17’s multimedia features have also been boosted substantially, allowing the Blade 17 to serve both as an office PC as well as a gaming laptop. Specifically, Razer elevated the webcam from a 720p to full 1080p resolution while supporting Windows Hello, too—that’s equivalent to a Microsoft Surface webcam as well as the limited numbers of standalone Windows Hello webcams in existence.

Razer also introduced a new Razer Blade 15 Base Model beginning at $1,799. Razer officials described it as a minor refresh, oriented around the Core i7-11800H and its new Thunderbolt 4 capabilities. Razer said the Blade 15 Base Edition includes copper heat pipes, so it’s a bit thicker.

The Razer Blade 15 Base Model’s full specs are below, compliments of Razer.