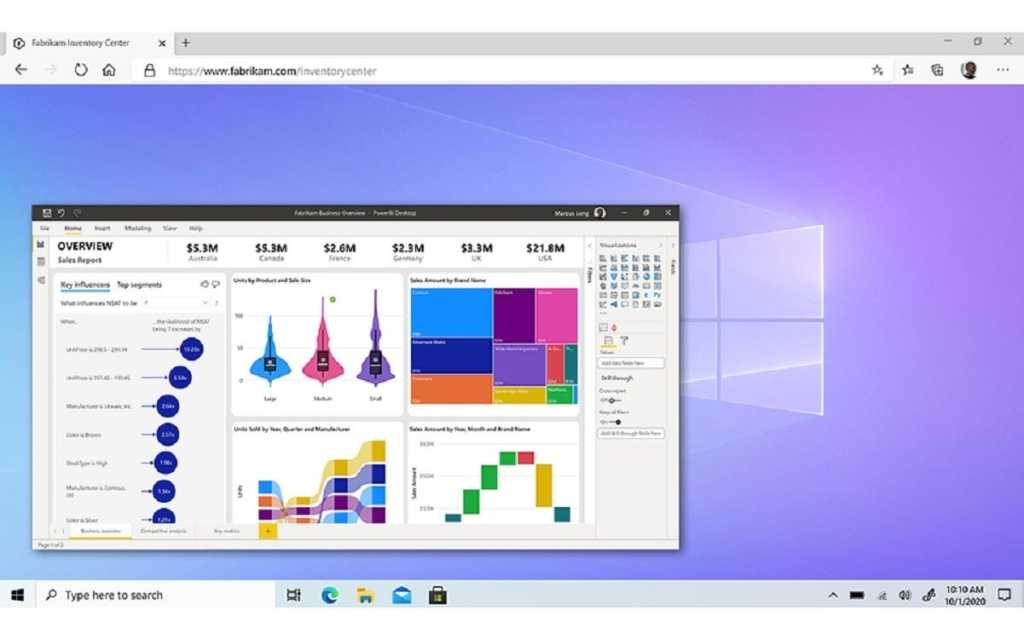 Windows 365 is Microsoft’s name for the Cloud PC, a new Microsoft service that will stream Windows in the cloud to Android phones, tablets, Macs, and more.

Windows 365, available to businesses starting August 2, was announced Wednesday morning at Microsoft Ignite, Microsoft’s partner conference. The concept is simple enough: Just like you can now stream Xbox games from Microsoft’s Azure cloud to either your phone or your browser, now you can do the same for Windows 10 and eventually Windows 11. The Cloud PC won’t depend on local hardware to run Windows; instead, you’ll need a dependable, persistent Internet connection to reach Windows 365.

For now, Windows 365 will be a business offering, though you’ll be able to run it on personal devices—just like you can access your company’s SharePoint files via your own, personal, authenticated smartphone. Microsoft representatives said it will announce pricing as it moves closer to the August launch date, and it will be offered on a per-user, per-monthly basis.

Though Microsoft’s effort is groundbreaking for the company, it also follows literally decades of efforts by many companies to develop thin clients and virtualized PCs—all attempts to push computing resources off of the PC and into the cloud. Larry Ellison’s Network Computer, Rajesh Jain’s NetPC and NetTV, and even Microsoft Azure’s own ability to spin up a virtual remote server are all examples of computing in the cloud. It’s also another triumph for Microsoft’s virtualization efforts. Windows 365 and the Cloud PC is simply the next step.

How Windows 365 will work

All of this sets the stage for the Windows 365 Cloud PC, an announcement that’s as anticlimactic as it is profound. Microsoft isn’t saying that consumers will be required to run their future PCs in the cloud, though Microsoft is saying that there are advantages to doing so. Your Cloud PC’s data will be stored in the cloud, and accessible via whatever device that can access Windows 365. Microsoft is promising that data will be encrypted at rest on the device, and encrypted back and forth over the Internet, too. Finally, if you hate to manage Windows updates, don’t worry; Microsoft will manage those, too.

Your Cloud PC will not, however, be tied to a Microsoft account. It works only with Azure Active Directory. Your business will also need the appropriate license for either Windows 365 Business or Windows 365 Enterprise.

Microsoft is saying that with Windows 365, you’ll be able to leave your dedicated PC at home and work on “any device” in a pinch, including your Mac, your iPad, or your Android or Linux device. The experience, of course, will be a bit different than checking your email on a mobile Outlook app. Windows 365 will support the Windows experience: opening Outlook, downloading and saving an image, storing it on a virtual Windows desktop, opening Paint and modifying it, saving it again, and so on.

“The ability to work whenever, however, and wherever it’s needed has become the new normal,” Wangui McKelvey, general manager of Microsoft 365, wrote in a blog post. “All employees want technology that is familiar, easy to use, and available across devices. And in the most complex cybersecurity environment we’ve ever seen, businesses need a solution that helps their employees collaborate, share, and create while also keeping their data safe and secure.”

With a Cloud PC, the question of what an employee “works on” also becomes a bit less clear. Do Cloud PC employees need business PCs? Apparently not. A blog post by Microsoft Innovation’s John Roach sheds more light: Windows 365 will be accessible though a native application or a web browser, which implies that a simple, low-end, low-cost PC will run Windows 365 just fine via the web.

What Microsoft isn’t saying anything about are questions PC users will ask: what the minimum bandwidth requirements are, for example, to enable Windows 365 to run smoothly. Microsoft will offer a range of virtualized hardware, but it’s not saying what exactly—yet—and what those various configurations will cost. The smallest configuration will be a surprisingly anemic, single virtual CPU/2GB of RAM/64GB storage virtual machine, we’re told, up through an 8-CPU/32GB RAM/512GB virtual PC. Microsoft claims, “if you can stream a movie, you can run Windows 365.”

One nifty advantage of a Cloud PC is that if the virtual Cloud PC hardware isn’t delivering enough horsepower, your IT department will be able to upgrade it at the touch of a button—not the case for a typical worker.

Microsoft hasn’t said what resolution offerings will be available, for those who prefer to work with multiple displays or at 4K resolution. As to what-if questions like the possibility of a virtualized gaming PC—we don’t have any answers there, either. It is interesting, though, that Microsoft’s Scott Manchester, director of program management at Microsoft, was a member of the Project Arcadia team that eventually became Microsoft’s cloud gaming program. (Microsoft 365 was code-named Deschutes.)

That includes thinking of Cloud PCs with both users and admins in mind, at least for keeping Cloud PCs up and running. Microsoft has developed a so-called Watchdog Service, which continually runs diagnostics and can alert an IT admin if the check fails.

Culturally, however, it’s unclear what a new world of work ruled by a Cloud PC will look like. Will employees be issued dumb terminals, or will they continue to receive sophisticated, pricey business laptops? Will employees want to run Windows on their phones? And will Windows 365 simply be a niche for specialized workers, or will it have a more profound impact? We’ll have to wait and see.