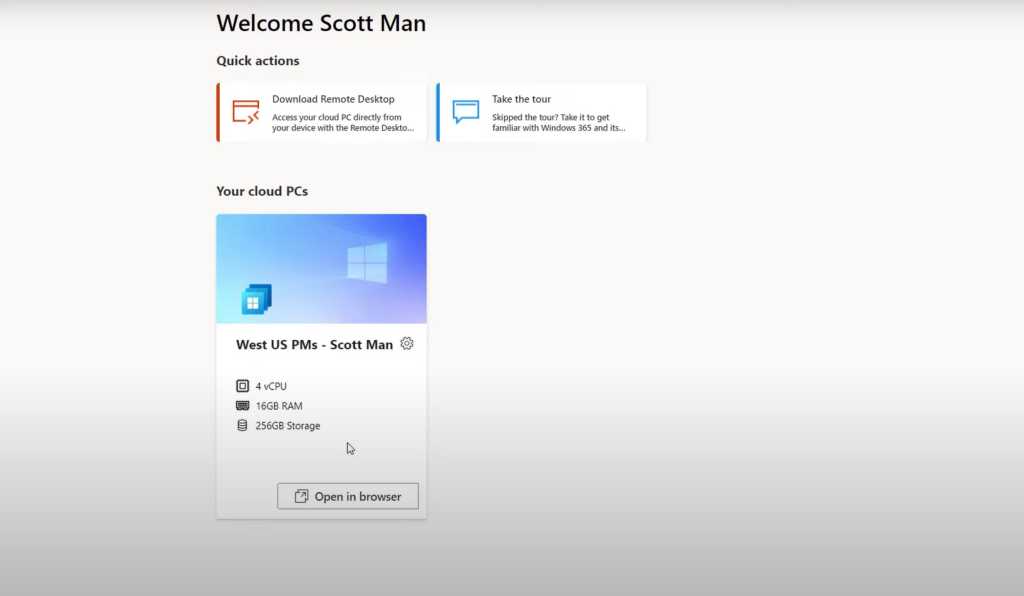 Microsoft’s new Windows 365 and its Cloud PCs promise to change PC computing by putting your PC in the cloud? Confused? A Microsoft video helps explain it in more detail.

Windows 365 is a new service that will allow businesses to provide virtualized Windows PCs to their workforce. You’ll use Windows like you would a cloud gaming service: You click on a local device, like an iPad or Android phone, and your actions will control a PC remotely in the cloud.

Microsoft explains how it will all work in this video, below. (We’ve skipped ahead to the user experience portion.) At 5:14, you’ll see a brief tour of the first-time experience. Windows 10 will be deployed first, and Windows 11 later.

According to Scott Manchester, partner director of PM, Windows 365 at Microsoft, workers will first go to Windows365.Microsoft.com, using a Windows or Linux PC, a Mac, or an iOS or Android device. You’ll see a button to open Windows in a full-screen browser window, with the configuration of your cloud-based, virtual Windows PC. In the video, Manchester takes pains to note that the virtual PC may in fact have more CPU and memory resources than the device you’re using to access it.

That includes connection bandwidth, too. Because you’re working in the cloud, data is transferred cloud to cloud—from the Internet to your cloud PC. That, according to Manchester, can give your PC an effective bandwidth of gigabits per second. Meanwhile, your own connection, on your local Wi-Fi or broadband, just needs to meet an average bandwidth of about 27Mbps to access a cloud PC, Manchester said.

Cloud PCs can also connect to your own network without the need for a VPN, Manchester said. “With Windows 365 your experience is essentially the same as if you were in the office,” Manchester says.

The takeaway is that your future “business PC” may simply be an IT-configured PC that’s accessible via a variety of possible devices, which connect to the Cloud PC service. As long as your subscription is active—and yes, that’s a big catch—your PC and its data will be accessible from wherever in the world you are.