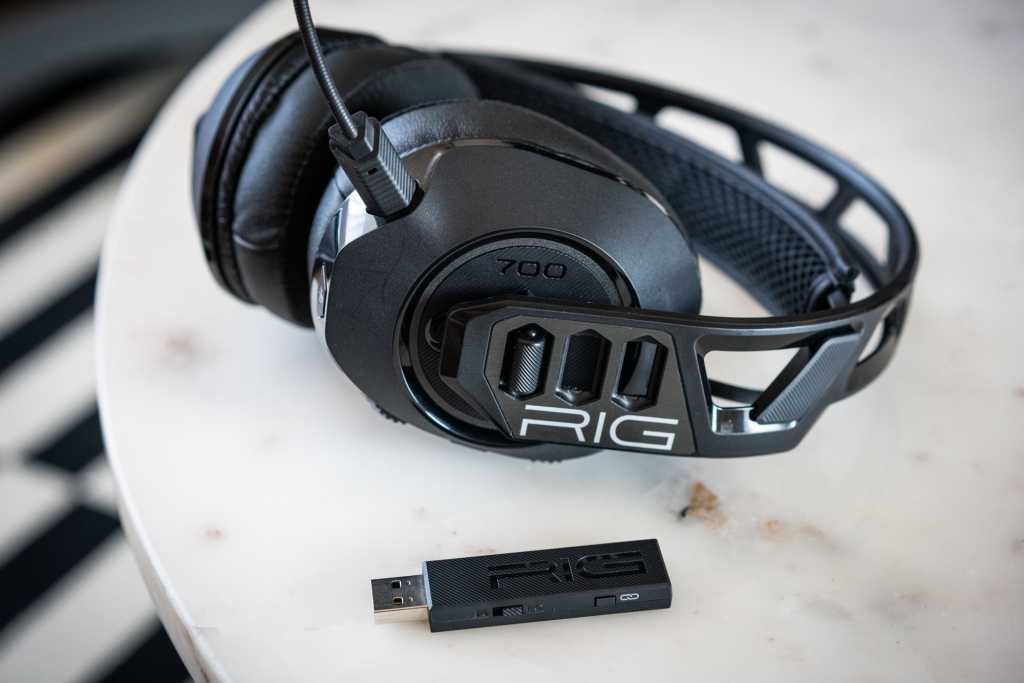 RIG’s gaming headphones may have been around for a long time, but they’re new to me. I’ve never had an opportunity to try a pair before. Now that the company is owned by Nacon, however, I was sent over not one but two pairs—the RIG 700 Pro HX and 500 Pro HX Gen 2—to hear what all the hub-bub is about.

First impressions? Both feel extremely comfortable and feature the striking looks that RIG is known for, though the sound quality is average at best. But while the two headsets hold some similarities in both look and sound performance, there’s still plenty that sets them apart from each other.

Let’s start off by going over some specs and doing a bit of compare and contrast. The 500 Pro HX Gen 2 are wired headphones with a metal headband and 50mm drivers. The “kink-resistant” cable clocks in at 1.3m (a little over 4 feet) and has in-line volume control. The 700 Pro HX, on the other hand, are wireless 2.4GHz headphones with a flexible and durable frame that Nacon claims is unbreakable. Inside are 40mm drivers and a battery that lasts 12-ish hours. All of the controls are on the back side of the left earcup, where you’ll also find the micro-USB port for charging.

Both headphones sport a combination of materials on the earcups and a self-adjusting top strap, with further size adjustments provided by moving pegs into one of three holes. Both also come with detachable mics; the 500 Pro HX Gen 2’s includes an arm that can be flipped to mute, while the 700 Pro HX sticks to a simple plug-in design. The headphones also ship with a license for Dolby Atmos included, which seems to be all the rage these days.

But enough about specs—you want to know how RIG’s latest gaming headphones perform. Let me start by saying that both pairs are some of the most comfortable headsets I’ve ever worn. I had no problems with wearing either of these cans for extended periods of time, and the RIG team deserves major kudos for that. The 700 Pro HX wound but being a tad more comfortable thanks to its slightly larger ear cups and plastic frame, but we’re not talking a huge difference.

During my briefing with Nacon, company representatives talked about how the dual material earcup design allows for the best of both worlds. The edge’s leatherette-style material is better at blocking noise, while the part of the cup that rests against your head is a nice soft fabric that’s more breathable. It rocks, and I wish more manufacturers tried a design like this. The cups are also large enough to not rest on my lobes, and had enough padding that my ears didn’t touch the inside.

The top strap felt great on my head and offers just the right balance of resistance to let them float without pressure. I had trouble with a similar system on the HyperX Cloud Revolver—it didn’t provide enough resistance and the headphones would sit lower on my head as a result.

All in all, I can’t say enough nice things about how well the RIG 700 Pro HX and 500 Pro HX Gen 2 felt. They’re supremely comfortable.

Unfortunately I can’t gush as enthusiastically about the sound coming out of RIG’s new gaming headsets. Neither pair sounds bad, but they’re tuned with a specific profile that doesn’t favor accuracy, kind of like Bose headphones. Do you want accuracy in a pair of gaming headphones? Well I suppose some don’t, but I’d rather start with accuracy personally and then use tools like EQ to tailor it to my tastes.

Both of RIG’s HX headsets are very much tuned with a scooped EQ, meaning a pumped up low end, cut mids, and sharp highs. Once again, this doesn’t sound bad per se—it’s actually a very common approach. It’s a specific sound profile that tends to make things sound more full of life when they aren’t always supposed to be. 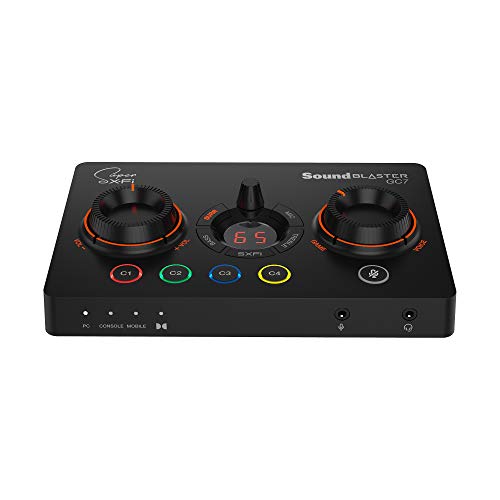 Between the two, the cheaper 500 Pro HX Gen 2 actually sounds better than the 700 Pro HX, which costs $50 more. The tuning on the 500 Pro is less pronounced, with more mids present and a more even mix. It’s still not accurate, but it’s more accurate than the 700 Pro HX. Some of this is because of the different driver sizes, but I suspect most of it comes down to the DAC. A digital-to-analog converter is built in on the RIG 700 Pro HX, whereas for most of my testing I used the Creative Sound Blaster GC7, a very nice USB-based DAC, with the 500 Pro.

And before you say that’s unfair, I will say that I did try it with other DACs as well as using a standard motherboard audio port. Did the RIG 500 Pro HX Gen 2 sound better there? Well, it varied depending on the setup, but without a nice DAC of course it wasn’t going to sound as good. Honestly, the moral of the story is that even a cheaper pair of headphones can sound better with a nicer DAC. In that respect, the 500 Pro offers a higher ceiling, but a lower floor.

So which pair of RIG headphones would I recommend? If you favor comfort above all else, both of these headphones are worth a look over competitors. I was reviewing the high-end Corsair Virtuoso XTRemove non-product link at the same time and boy I wish that headset was as comfortable as these. These RIG Pro HX cans sure do feel nice.

If you’re just looking at these two gaming headsets, the $130 RIG 700 Pro HXRemove non-product link is a bit more comfortable, more durable, and much more convenient thanks to its wireless connectivity. On the other hand, it also comes with a more baked-in sound profile thanks to its integrated DAC, doesn’t have the nice flip-to-mute mic, and is $50 more expensive.

The affordable $70 RIG 500 Pro HX Gen 2Remove non-product link offers more dynamic range to work with along with the ability to plug into nicer DACs, and it’s a good price for what you’re getting. But it sacrifices a bit of comfort and doesn’t have a detachable cable, which is a bummer because its cable is so short.

Honestly? If it were my money I’d lean toward the 500 Pro HX Gen 2, but that’s because I can pair it with a high quality DAC. Not everyone cares about that capability, to be sure, and doing so pushes the overall cost past the 700 Pro HX’s price tag, so it’s not a perfect tradeoff. Regardless, consider picking up either of RIG’s new Pro HX gaming headsets if you value session-long comfort so much that you’re willing to accept simply average audio chops to achieve it.