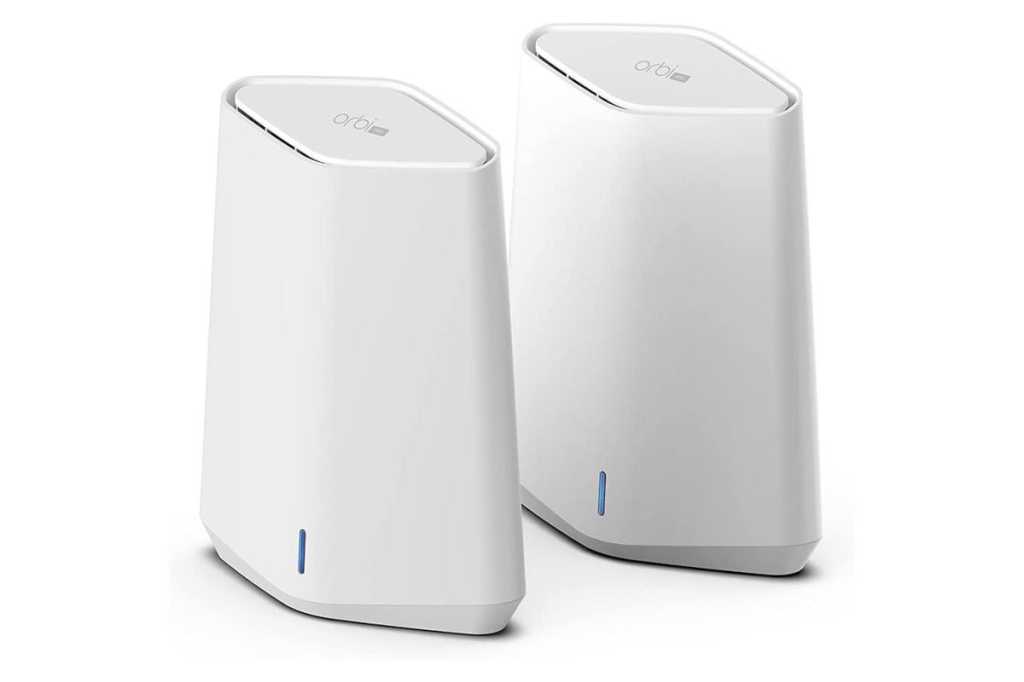 Goodbye, network dead spots. Beaming ultra-fast Wi-Fi to every inch of your home costs $100 less than usual today. Amazon is selling a two-pack of the Netgear Orbi Pro Wi-Fi 6 AX1800 mesh system for $200, down from the usual $300. That’s a killer deal for a mesh system with the latest and greatest version of Wi-Fi onboard.

This system covers up to 4,000 square feet and 40 concurrent users on the network. We haven’t reviewed this system, but we generally like Netgear Orbi gear. In fact, Netgear’s Orbi RBK50 remains our top pick as the best mesh Wi-Fi system.

Netgear says the Wi-Fi’s streaming speed hits a blazing-fast 1.8 gigabits per second, and it supports any Internet service up to 1Gbps. The Orbi system’s default Wi-Fi protocol is 802.11ax, also known as Wi-Fi 6. If you have devices that can’t support that it’s also backwards compatible with 802.11ac and older.

Don’t miss out on this deal if you’re still using the ho-hum router offered by your Internet provider. Upgrading to a mesh network and Wi-Fi 6 could supercharge your home network, and today you can take advantage of a wonderful deal to make it even more worthwhile.