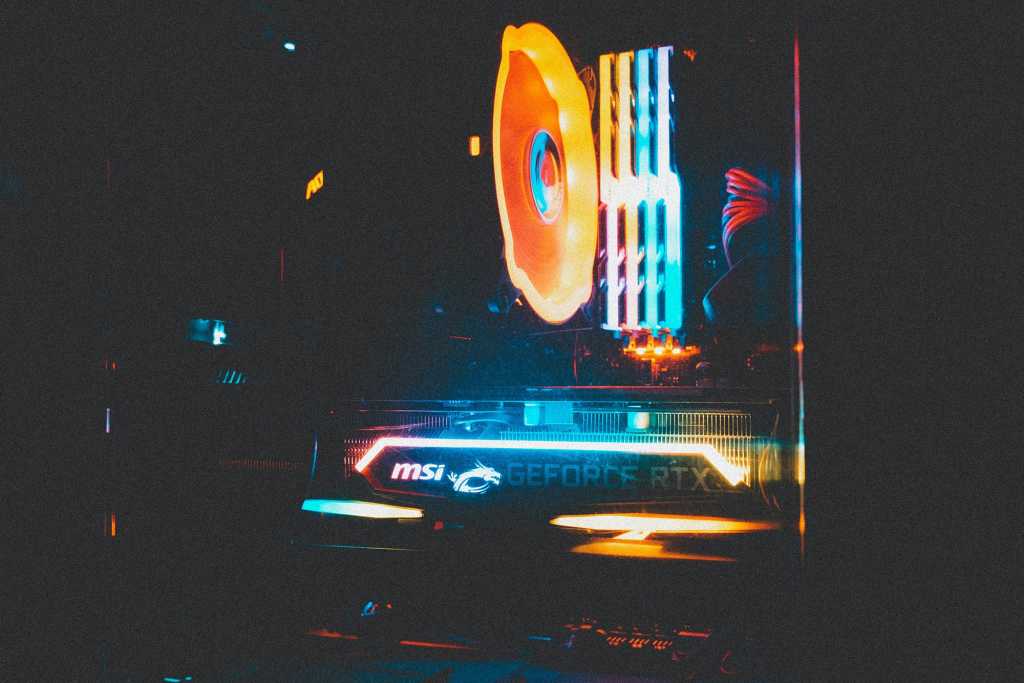 Buying a GPU right now is a bleak prospect, as everyone knows. And if you’ve been sitting on a pile of cash earmarked for a new graphics card, it can feel especially painful.

With no end to the chip shortages in sight, a PC building enthusiast might be stumped on how to rev up their gaming PC (and frankly, a little more than depressed). But you can improve your experience in other key ways.

Adding a large capacity NVMe SSD to your PC can be a serious quality-of-life upgrade, whether it’s a high-end system or a capable budget machine. Most people who built more than a couple of years ago opted for a 500GB or 1TB SATA SSD for storage—and possibly added an extra 1TB drive as prices came down—and juggle big files between those drives and a spinning-platter HDD.

But many motherboards released in the last four to five years support NVMe M.2 drives—and the jump in read-write speeds between a SATA drive and its NVMe counterpart is pretty dramatic. While modern SATA SSDs typically cap out around 600MB/s for read and write speeds, a NVMe Gen 3 (aka PCIe 3.0) drive can reach up to 2,000 to 3,000MB/s.

Grab an NVMe 2TB drive, like the Crucial P5 ($269) or WD Black ($330), and you’ll get to take advantage of that zippiness while having more room for your Steam library (and time to play said games instead of playing Tetris with where files get saved).

As the old joke goes, improvements to a game’s audio make it look better. But there’s some truth to this. As dazzling as higher-quality textures are, being able to more clearly hear the layers of sounds in a game—and the direction of those cues—can greatly boost your immersion and enjoyment during play.

Improved audio starts with a better digital-to-analog converter (DAC), plus quality headphones. You can take a couple of routes in obtaining these items, with the easiest being the purchase of a USB DAC like the Creative Sound Blaster X3 ($140), and a pair of wired cans like the HyperX Cloud Alpha S ($80), Razer Blackshark V2 ($90), or Logitech G Pro X ($130). These days, we recommend this as the best option for people looking to soup up their PC’s audio setup, since the controls for the external DAC will be right at your fingertips.

That said, some purists still prefer slotting in an old-school audio card into your PC (which is an option if you’ve got open slots on your motherboard) and dealing with software-based controls. Few companies produce these kinds of add-in cards these days though, so at a consumer-grade level you’re mainly looking at options from Creative, like the Creative Sound BlasterX AE-5 Plus ($150) in the mid-range and the Creative Sound Blaster AE-7 ($230) or even AE-9 ($350) as splurges. (The AE-9 in particular has all kinds of extreme bells and whistles packed into it, like support for a surround-sound speaker setup and an XLR microphone input.) You would pair one of these cards with one of the headphones mentioned above.

Lag and connection dropouts can be killer during online gaming sessions. You can often eliminate those issues with a hardwired connection—even if your home lacks network jacks in the walls. Assuming none of your household members will violently protest, you can run a long ethernet cable from your router discreetly around door frames or along the ceiling using 3M Command cord clips, which have an easily removable adhesive that doesn’t damage walls or leave behind residue.

This solution is extremely affordable: Since virtually all desktop motherboards come with an ethernet port, you’ll pay just for the ethernet cable and the clips. A 100-foot CAT5e cable costs just $20 (and will support gigabit connections), while a pack of 13 clips is $10. Assuming you only need a few packs of clips, it’ll cost a modest $50 for a faster, more stable connection. Even if your mobo’s ethernet jack is limited to 100Mbps, adding a gigabit ethernet PCIe card to your system is just $15 more.

If a wired connection isn’t possible for you, another affordable option is a set of powerline adapters (like this $50 TP-Link model), which routes your internet connection through the electrical wiring of your home. Older homes may not play nice with powerline adapters, so in such situations where the dwelling is also cable-ready, MoCA adapters are a better alternative. They run the signal over existing coaxial wiring, bypassing ancient electrical setups. MoCA adapters do cost more though: The most popular model is $170 for a set of two.

At that price, you may want to instead consider supplementing your existing Wi-Fi router with Wi-Fi extenders, if you can live with the occasional wireless hiccups. An improved and more thoroughly spread signal can help mitigate online connection issues. (And an added benefit: Your other devices will have an improved experience on a more robust Wi-Fi network, too. No more dead zones!) Depending on the age of your router, you may be able to buy one or two for as little as $30 each (like these TP-Link AC750 extenders). Faster models can run as much as $110 each (like these Netgear AC2200 extenders), but if your options are limited, it may be worth taking that punch to the wallet. For older routers, you can instead do a wholesale replacement with a mesh router system, which often works better in multi-story or large homes and starts at $150 for a budget system.