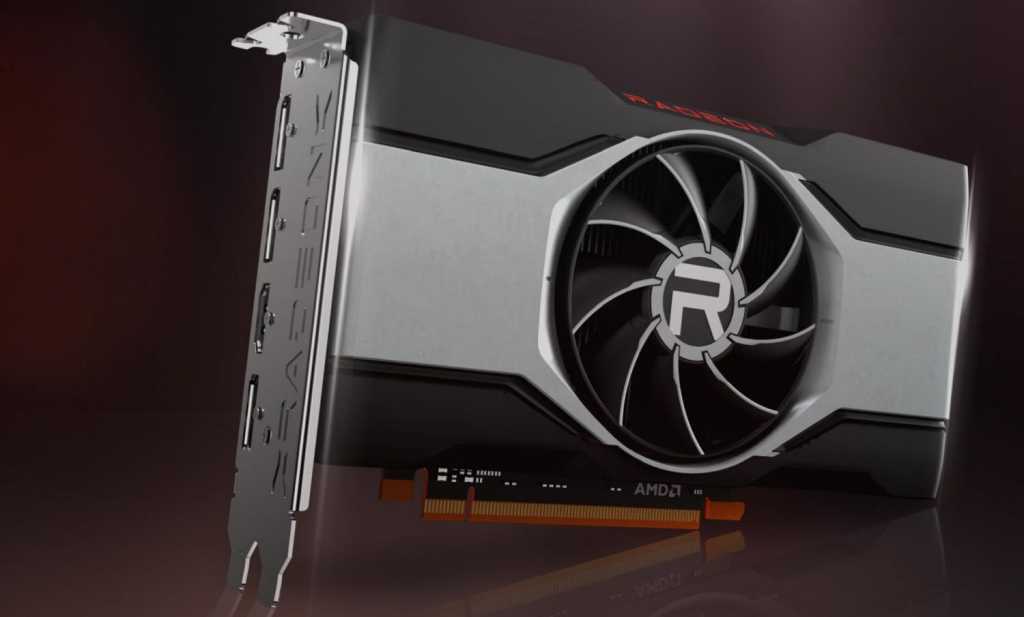 Nearly nine long months after the Radeon RX 6800 and 6800 XT GPUs launched, AMD’s radical new RDNA 2 architecture is finally coming to the midrange—though the midrange sure is a lot more expensive in the midst of a crippling graphics card shortage. At ChinaJoy on Thursday evening, AMD announced the long-awaited Radeon RX 6600 XT for “epic 1080p gaming” at high refresh rates, with a not-so-epic $379 price tag.

That price and “current reality” 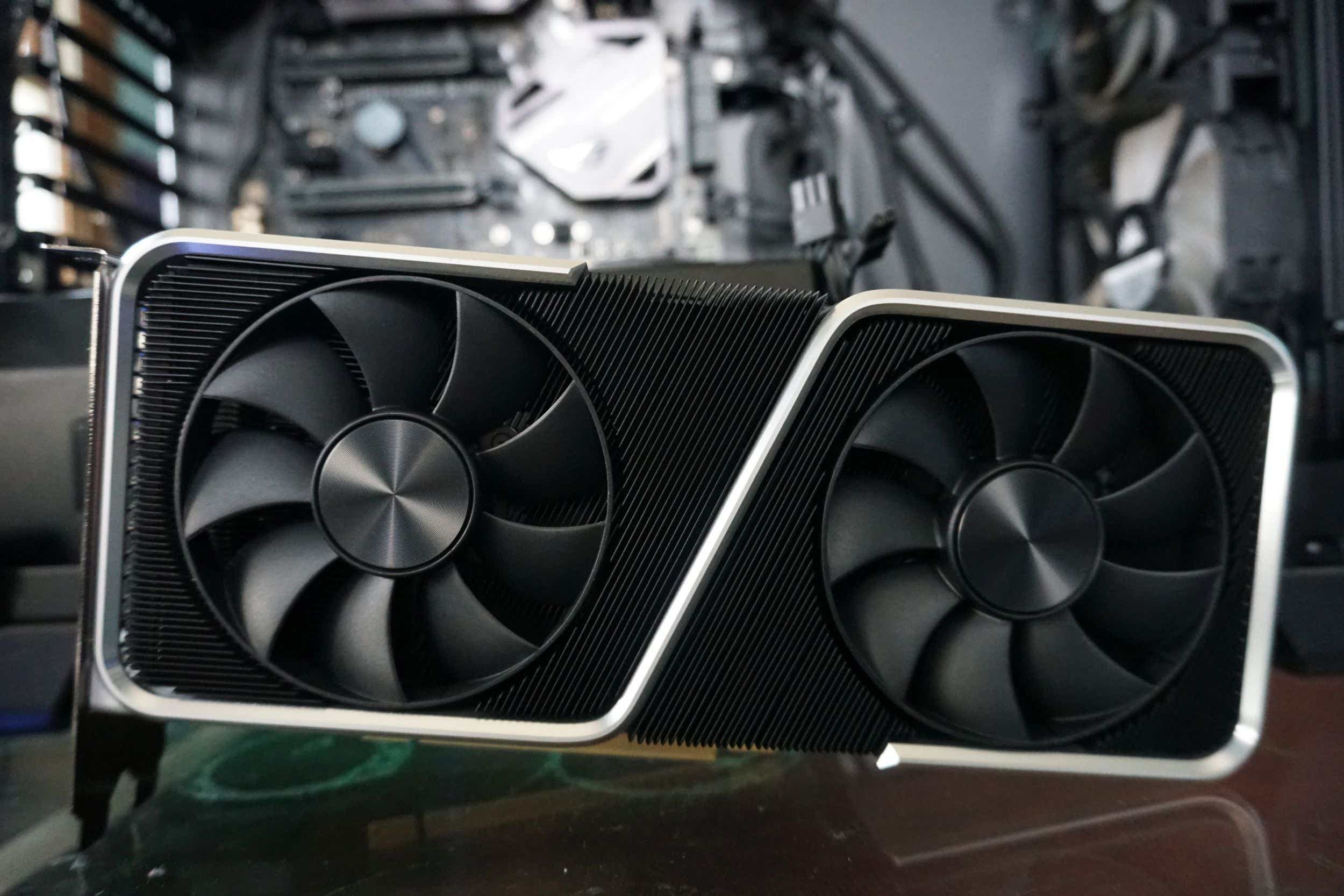 Radeon product manager Nish Neelalojanan told me that the suggested pricing is “a snapshot of the current reality,” saying that memory chip prices doubled from the first to the third quarter. Technology companies are having difficulty securing materials (like substrate) to make chips. AMD just confirmed that its chip supply will remain tight throughout 2021. Logistics pricing also remains sky-high as the world struggles with pandemic reality. Miners and scalpers are just part of the reason GPUs cost so much, friends. Having a new graphics card available might help some with those troublemakers, at least.

But enough price chit-chat. It’s going to be even higher in the real world for now anyway. Let’s talk frame rates.

AMD is making big promises about Radeon RX 6600 XT performance at 1080p resolution, saying it will be 15 percent faster overall than RTX 3060. The RTX 3060, it must be pointed out, also costs 15 percent less. So while AMD’s victory will be real indeed if its claims prove true, it’s not something worth crowing about from a price-to-performance perspective.

The gains look more impressive when compared against graphics cards from prior generations. AMD says the Radeon RX 6600 XT blows past not only the RX 5600 XT it’s replacing, but also the step-up Radeon RX 5700 (which, again, costs $30 less than the 6600 XT). And it really puts a bruising on the GTX 1060, which may be aged but nevertheless remains the most popular GPU on the Steam Hardware Survey.

As a full-blooded RDNA 2 GPU, the Radeon RX 6600 XT takes advantage of everything AMD’s latest and greatest architecture has to offer, such as insanely high clock speeds. (That 2,359MHz game clock, phew!) It offers hardware-based real-time ray tracing, and because the GPU wields only 8 fewer compute units than the step-up 6700 XT, the performance should be decent, especially in games that support AMD’s killer new FidelityFX Super Resolution technology.

That is, at least in terms of raw frame rates: Upscaling technology can be very hit-and-miss in actual visual quality at the 1080p resolution this card targets, because it’s working with far fewer raw pixels than higher 1440p and 4K resolutions. The proof will be in the pudding—though AMD also claims that the Radeon RX 6600 XT is powerful to drive some 1440p and even 4K gaming experiences with FSR active, as shown in the slide below.

RDNA 2’s radical Infinity Cache—on-die L3 cache that reduces the need to send signals all the way out to the GPU’s onboard VRAM—was pared back for this release, though it makes sense. Cards like the Radeon 6900 XT and 6800-series target 4K resolution, so they got the largest 128MB Infinity Caches. The Radeon RX 6700 XT is intended for 1440p resolution, so that got 96MB. AMD equipped the Radeon RX 6600 XT with just 32MB of Infinity Cache, but Neelalojanan told me that the “hit rate” that determines its effectiveness is “very similar” at 1080p to what the other cards achieve at their targeted resolutions. That Infinity Cache is paired with 8GB of GDDR6 VRAM for when the GPU’s memory does need to be called on. That’s plenty of capacity for 1080p gaming, and the vast majority of today’s 1440p gaming as well.

We’ll have to wait until we have the card in our hands to render an official performance verdict, but don’t be surprised if it winds up being surprisingly decent at 1440p gaming in many titles as well—especially ones that support AMD’s killer suite of supplemental software. Smart Access Memory (AMD’s enhanced version of PCIe Resizable BAR) can speed up most any modern game when you pair the RX 6600 XT with an AMD Ryzen 5000 processor. FSR and truly helpful features like Radeon Boost and Radeon Anti-Lag can both boost frame rates and reduce latency, potentially giving you enough of a bump that you could step up to a higher-resolution screen, or hang onto your graphics card for a little longer. Regardless, if you have a Radeon GPU, you should enable those features in supported games. They’re great.

Unlike the other cards in the RX 6000-series lineup, AMD won’t be producing its own reference version of the Radeon RX 6600 XT—that teaser image up top is just a stand-in render. All models available when the GPU launches on August 11 will be custom versions from AMD board partners like Sapphire, XFX, and Asus. That means you won’t be able to buy a Radeon RX 6600 XT directly from AMD.com at its $379 suggested price. Given how we’ve seen many graphics card makers behave with prior launches in these crazy times—ignoring low-end versions of a GPU, instead focusing on high-end, blinged-out models that cost hundreds over MSRP—it immediately makes you wonder if the $379 price point is “real.” Neelalojanan stressed heavily that several partners will be offering cards at the suggested price.

How many of those cheap cards is another question entirely, but in any case, expect all of these to sell for even higher prices on the streets once they’re out in the wild. You’ll also be able to find the Radeon RX 6600 XT in prebuilt desktops from the usual suspects, as well as in AMD Advantage laptops. If you aren’t able to snag one of these on the morning it launches, opting for a prebuilt might be a better option if you want a Radeon RX 6600 XT sooner rather than later.