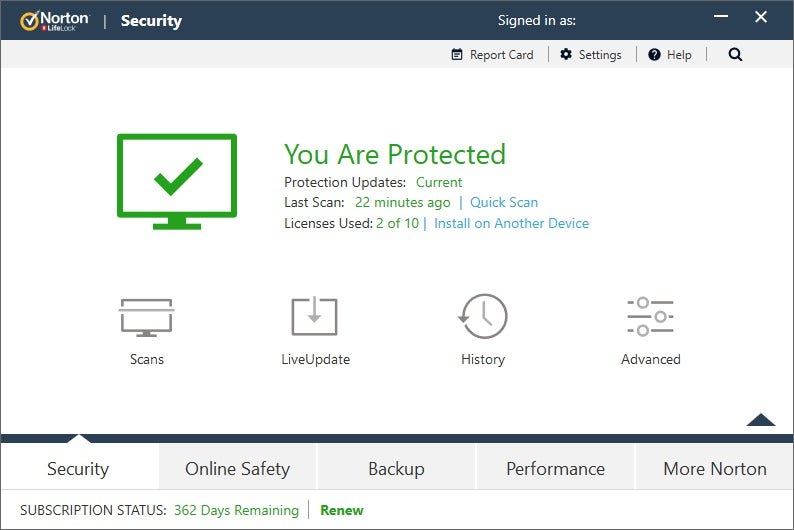 If you’ve got a PC, you need antivirus software, and if you want an antivirus that’s not Windows Defender, you need this deal we’re running in the PCWorld Software Store. Currently, you can get 15 months of Norton 360 Premium for $28. The subscription covers up to 10 devices and is compatible with Windows, macOS, Android, and iPad. It’s also a stunningly good deal.

If you go to Norton’s website, Norton 360 Premium I, the product closest to what’s available in today’s sale, costs $50 for the first 12 months. The non-subscription price without discounts is $125 per year. Amazon is selling the same Premium bundle we are for $43 right now—$15 more than you’ll spend if you snag it in the PCWorld Software Store. And that’s for 12 months, or three months less than we’re offering.

Norton 360 Premium is worth the money too. While Norton’s interface hasn’t changed much in recent years, the product is solid and is currently our top pick as the best antivirus suite for 2021. With Norton you can expect great antivirus protection, protection while using the web, encrypted cloud backup, and performance tools for keeping your PC in top shape.

The last feature isn’t that huge of a selling point since you can get many system tune-up tools for free, but it’s nice to have everything in one spot. And you’d want to hop on this deal for everything else Norton offers.

LifeLock and Norton are part of the same company now, meaning that Dark Web monitoring is also built-in for free. This basically means that if your online account credentials or your credit card shows up in a leaked database, Norton will alert you to the fact. It’s a service that many security-focused software packages offer, and always a helpful feature to have.

Getting Norton 360’s sterling security chops and all those extra features for just $28 is a steal—and we’re not just saying that because we’re the ones offering it. Don’t miss out.