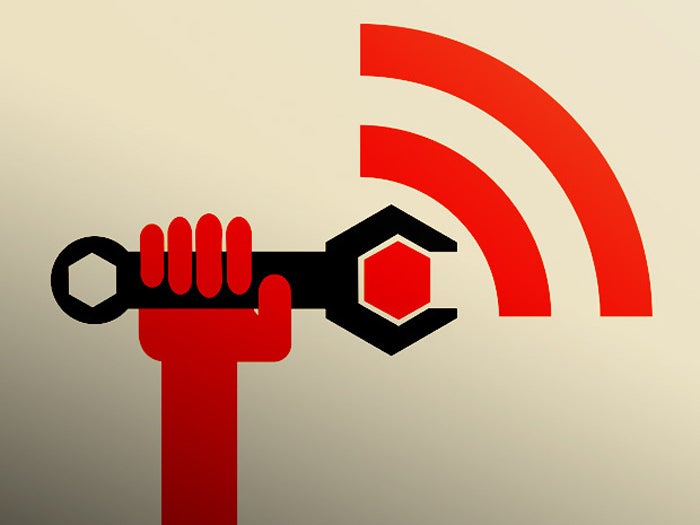 With the recent boom in smart home technology, even our garage doors and light bulbs are connecting to the internet. And because of this, you may now need Wi-Fi coverage in parts of your home that previously didn’t need access. There are numerous products that aim to solve this pain point, but you’ll need to understand the differences between them to know which one to buy. Below we’ll detail the major differences between Wi-Fi extenders, Wi-Fi repeaters, Wi-Fi boosters, and Wi-Fi bridges.

You may also consider buying a mesh Wi-Fi system like the Netgear Orbi, so check out our top picks for mesh Wi-Fi routers, too. A mesh system could be more expensive in terms of total costs, but they perform marvelously and will obviate the need for much of the technology below.

What is a Wi-Fi extender?

If you have a Wi-Fi router set up in your home office, you might notice that when you are at a distant point on the other side of the house, you have a noticeably weaker (or even non-existent) Wi-Fi connection. This can be frustrating, but there’s a simple solution: a Wi-Fi extender.

A Wi-Fi extender, as the name implies, extends your existing wireless connection to other areas. It works by connecting to the existing network via a wired connection, and creates a new Wi-Fi access point wherever the extender is located. Because it’s a wired connection, you can expect optimal performance, speed, and reliability.

In a typical setup in the United States, you’d use powerline networking technology (based on either the HomePlug or G.hn standards) to connect the extender to your router. On the router end, you’d plug one part of your extender’s hardware into a wall outlet, and then connect it to your router over a short ethernet cable.

You’d then insert the extender itself into a wall outlet where you need better Wi-Fi coverage. Powerline technology will then take care of the wired connection and your “client” devices—laptops, media streamers, etc.—will establish wireless connections to the extender.

With a wireless extender setup, location matters. The part of the extender system that plugs into your router needs to be relatively close to the router. And depending on the size of your home, you might need to add several Wi-Fi extenders around your house to completely blanket your home with Wi-Fi. At that point, you might want to reconsider and buy a mesh Wi-Fi sytem instead. There are wireless extenders available, but those are essentially just repeaters, which I’ll explain next.

What is a Wi-Fi repeater?

A Wi-Fi repeater, as with a Wi-Fi extender, aims to bring Wi-Fi coverage to areas of your home that otherwise wouldn’t have any, but it does so in a different way. Unlike a Wi-Fi extender, a Wi-Fi repeater works by connecting to the base station (your router) wirelessly and it then rebroadcasts and amplifies that signal. Because the repeater must use the same radio to receive data from your wireless router and send data to your wireless router, it effectively cuts your Wi-Fi network’s bandwidth in half.

That’s better than being stuck with a wireless dead zone in any area of your home, but you will experience noticeably slow data-transfer speeds and higher latency. If you have the option to set up a wired access point with a wired extender, you should definitely go that route (or invest in a mesh network).

What is a Wi-Fi booster?

Network hardware marketing departments have been working overtime creating different terminology for what is essentially the same thing. A Wi-Fi booster is just another way of saying Wi-Fi extender or Wi-Fi repeater. It’s a generic term. There are some companies out there that call their products “Wi-Fi boosters” which, while not incorrect, adds more confusion. To make things worse, some companies even use Wi-Fi extender and Wi-Fi repeater interchangeably, creating even more confusion.

So to make things simple, think of “Wi-Fi booster” as any device that extends your wireless coverage, but ascertain exactly what you’re getting before you buy one.

What is a Wi-Fi bridge?

A Wi-Fi bridge is used to connect Wi-Fi-incompatible devices, or devices that are set in an out-of-reach location, to the network. The device—say, a TV in the basement— connects to the Wi-Fi bridge via a wired connection, and the bridge then communicates with the main router. Even though you’re connected to the bridge, as far as the device itself is concerned, you’re connected to the main network. You can, of course, expect a bit of latency, but that will reduce over shorter distances.

“Bridging” is also a networking term used to describe connecting two different networks together, creating a “bridge” between them, making them work as a single network. This is ideal when you have multiple devices on different networks that need to be on the same network. One of the most common bridges you’ll encounter in a smart home is

the Philips Hue Bridge that connects that ecosystem’s smart lighting network—which is based on Zigbee technology—to a Wi-Fi network.

While dedicated network bridges are available for sale, you probably already have a device in your home that can be turned into a network bridge. For example, a lot of routers have “bridge mode,” and even your Windows PC can be used as a network bridge. This isn’t ideal for large-scale operations, such as when you need access to your network in a neighboring building but can’t run wiring to it. But if you’re just looking at connecting your Playstation 5 sitting in the other corner of your room to the network, it’ll do just fine.

A confusing mix of terminology

In the big, wide world of networking, there’s a lot of confusing terminology thanks to how closely related some of the terms are, or just due to general marketing misuse. Mesh networks, wired and wireless backhaul, routers and switches, amplifiers, extenders, repeaters, boosters… the list goes on. Even “bridge” is a product name and a networking term. There’s a lot to learn, and there’s a good reason why so many people just go to a retailer they trust and buy what’s recommended for their home.