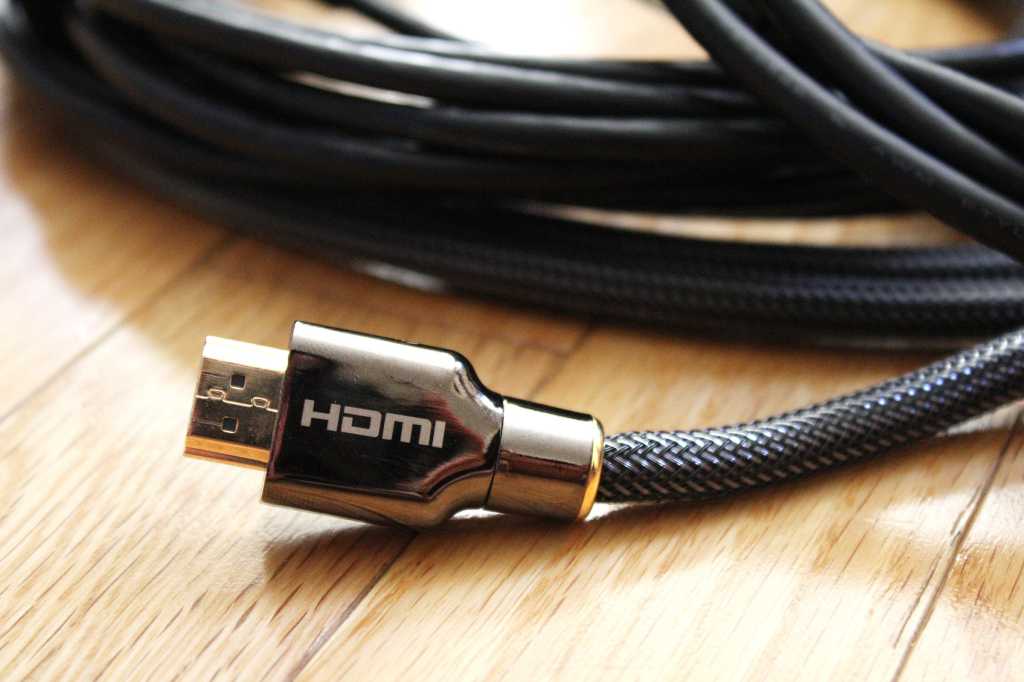 Computer monitors that support HDMI 2.1, the latest HDMI standard, are beginning to trickle into online retailers. They sell at extremely high prices (when they’re available at all). Even the most affordable HDMI 2.1 monitors, like the Gigabyte Aorus FI32U and Acer Nitro XV282K KV, are priced near $1,000.

The high price of HDMI 2.1 implies it’s important, but the truth is more nuanced. HDMI 2.1 brings new features to the table, but they’re relevant only to people with specific needs. Making matters even more complicated, the HDMI 2.0 spec has been retired. All of its features are now considered a subset of HDMI 2.1, the only label acceptable for use going forward, and you could end up with a display that conforms to earlier specs despite being branded as HDMI 2.1. You’re going to have to read those spec sheets closely.

This guide focuses on displays that actually support the full list of HDMI 2.1 features. Here’s who should, or shouldn’t, buy an HDMI 2.1 monitor.

HDMI has become the world’s video interface for consumer electronics. You likely recognize it even if you don’t know what HDMI stands for (that’s High-Definition Multimedia Interface, by the way).

First introduced in 2002, HDMI’s original standard has received a number of updates to enable higher resolutions and refresh rates, among other things.

The chart above, which can also be found in our guide to HDMI 2.1, lists the improvements found in HDMI’s latest revision.

It’s a significant update on paper, but much of it doesn’t apply to monitors. Features like Dynamic HDR metadata and enhanced audio return channel (eARC) target home theater enthusiasts.

Other features, like Quick Frame Transport (QFT) and Display Stream Compression (DSC) may be used by monitors but were already available over DisplayPort, or adaptive sync standards like AMD FreeSync and G-Sync.

For monitors, HDMI 2.1 is mostly about one specific upgrade: Variable Refresh Rate (VRR).

VRR, which can vary a display’s refresh rate to match the output frame rate of a device, is also available to monitors over DisplayPort. It’s the entire point of AMD’s FreeSync and Nvidia’s G-Sync. VRR is important to a PC monitor not because of what it can do, but what it can connect to.

Game consoles don’t support DisplayPort, so HDMI 2.1’s VRR is the only way to dynamically sync the video output from a PlayStation 5 or Xbox Series X/S with the refresh rate of your monitor. HDMI 2.1 also has the bandwidth to handle 4K resolution at 120Hz, which (usually) is not possible with HDMI 2.0.

Because of this, HDMI 2.1 is the only way to enjoy the full performance potential of the Xbox Series X or PlayStation 5. Monitors that cap out at HDMI 2.0 will function, of course, but a 4K monitor will have its video output capped at 60Hz, or 60 frames per second.

That’s a big deal. It cuts the potential framerate of games in half. Most new, big-budget games will not hit 120 fps, but older titles that have received an update can. A great example is Halo: Master Chief Collection. An HDMI 2.1 monitor paired with an Xbox Series X can play the original Halo trilogy, plus Halo Reach and Halo ODST, at up to 120 frames per second.

PC Gamers? Not so much.

HDMI 2.1 is a big upgrade for console gamers. If you’re a PC gamer, however, HDMI 2.1 will not impress.

The new standard’s major features are already available to computer monitors connected through DisplayPort. VRR is the most obvious example. Nvidia G-Sync was first introduced all the way back in 2013, and AMD responded with FreeSync in 2015. PC gamers have enjoyed the smooth gameplay provided by adaptive sync for years.

HDMI 2.1’s improved resolution and refresh rate also fail to move the needle. DisplayPort added Display Stream Compression with 2016’s DisplayPort 1.4 update, which made 4K high-refresh monitors possible. DisplayPort 2.0, the most current standard, can technically handle up to 4K/240Hz, though no monitor or video card sold today can take advantage of this.

You can imagine DisplayPort dancing around HDMI shouting, “anything you can do, I can do better!” The only advantage HDMI 2.1 offers to PC gamers is one extra video port that can now be used for high refresh gaming.

Do I need HDMI 2.1 for my home or office monitor?

Everything discussed so far is focused on gaming, and for good reason. HDMI 2.1 is all but irrelevant for everything else.

There are edge cases where HDMI 2.1 might be helpful. HDMI 2.1 can handle a 5K or 8K display at up to 120Hz (using DSC). HDMI 2.0 could only handle these displays at lower refresh rates or with a reduction in image quality.

DisplayPort already supports these resolutions, however, so HDMI 2.1 once again follows in its footsteps. Most people who own a 5K or 8K monitor will connect it via DisplayPort.

If you use your monitor for word processing, web browser, and light gaming, you don’t need to worry about HDMI 2.1 at all. The prior HDMI standard, HDMI 2.0, supports 4K at 60Hz. That’s the highest resolution and refresh rate you’ll find on a monitor designed for home office or commercial office use.

HDMI 2.1 is only relevant to console gamers right now. But what about next year, or five years from now? Should you buy an HDMI 2.1 monitor to prepare for tomorrow’s cutting-edge hardware?

The answer is a clear “nope!” DisplayPort once again steals HDMI’s thunder. It can already handle all the important improvements in HDMI 2.1 so, aside from console gaming, there’s no reason to seek out HDMI 2.1 specifically.

Most monitor shoppers can skip HDMI 2.1 (but it’s coming for everyone)

You might be surprised to learn how narrow HDMI 2.1’s appeal truly is. It has received plenty of hype over the past two years, most of which comes from the world of big-screen televisions. HDTVs, unlike monitors, rarely support DisplayPort, so the improvements available in HDMI 2.1 are a big deal.

It’s a different story for monitors. DisplayPort can already handle the most relevant upgrades, so the new HDMI standard is only important when connecting devices that don’t support DisplayPort, such as the PlayStation 5 and Xbox Series X game consoles.

Until then, the takeaway is simple. Monitor shoppers who only plan to use a monitor with a PC can safely ignore HDMI 2.1.