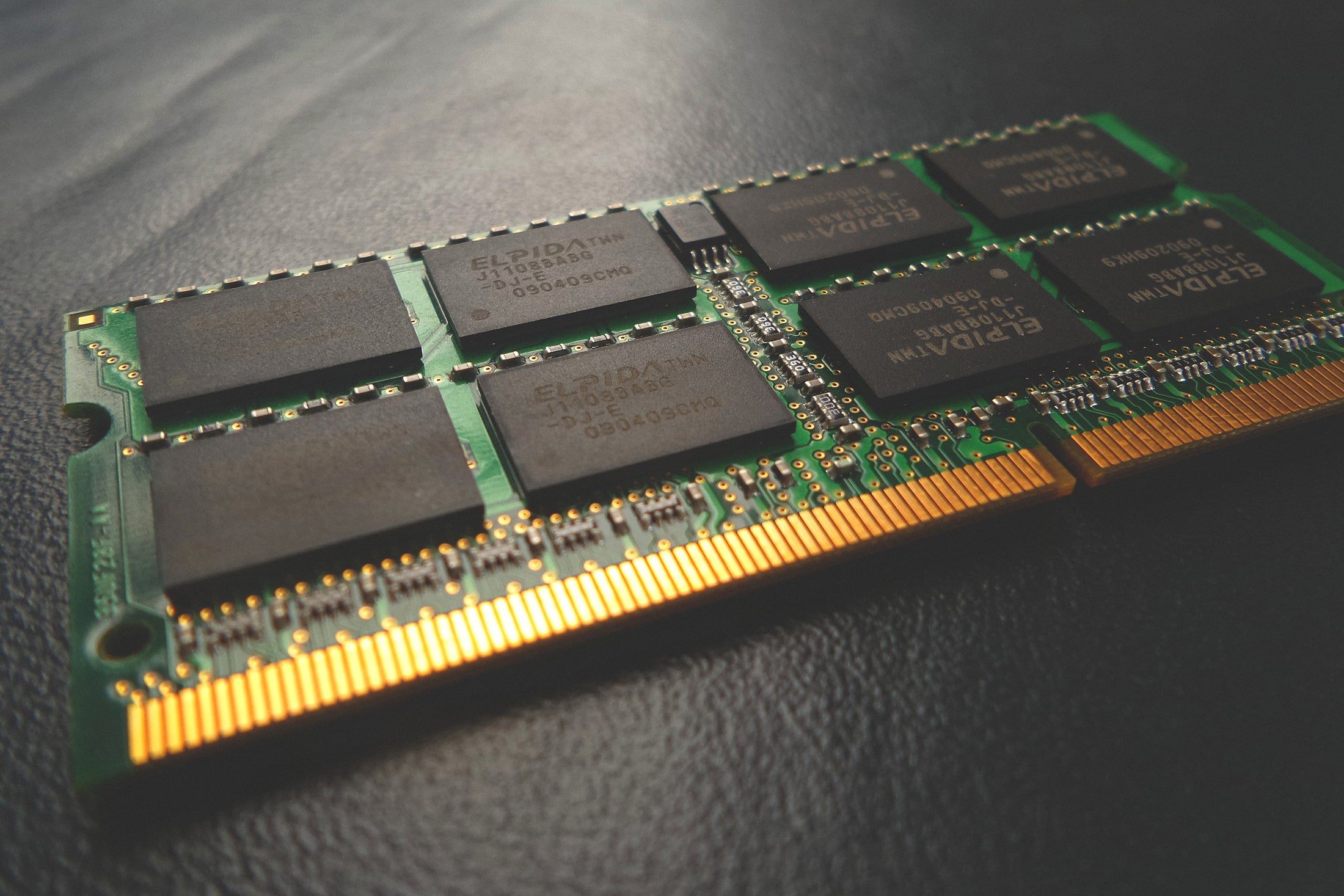 Determining the specs for a new laptop (or a laptop upgrade) can be a delicate balancing act. You want to spend enough so you won’t be miserable in the future, but not so much that you don’t make use of all the hardware you get.

Memory (or RAM) is the perfect example of this. Your PC uses RAM to hold data temporarily: When you’re opening applications, working on large files in Photoshop, or even juggling dozens and dozens of browser tabs, that data is being stored in the system memory, not on your SSD or HDD. The more memory-intensive tasks you do, the more RAM you should have. It’ll keep your computer feeling fast and responsive.

Many laptop shoppers know this, but not exactly how much to get. So we’ve broken down what to expect from common RAM configurations, plus some tips at the end for purchase strategies.

For modern Windows computers, 2GB of RAM will feel slow. You won’t be able to run many programs simultaneously, much less have more than a few browser tabs open at one time. These days, most Windows laptops come with 4GB as the baseline configuration, and for good reason.

(As for Apple laptops, they’ve long left even 4GB RAM behind as a baseline.)

If for some reason you encounter a laptop with only 2GB RAM—perhaps an older budget model being sold secondhand—it’s only worthwhile if you can immediately upgrade it to 4GB RAM or more. That means the laptop should have user-accessible SODIMM slots, ideally with one unpopulated so you can immediately drop in another module.

For Chromebooks, 2GB of RAM will still limit the number of browser tabs you can have open, but that amount is liveable. We recommend you buy a model with expandable memory (user-accessible SODIMM slots) so you can upgrade down the road.

Budget shoppers can start with 4GB of RAM for a Windows laptop. Combined with an SSD for storage, you’ll get a responsive PC that handles the basics smoothly—e.g., having a few low-intensity programs plus a handful of browser tabs open all at the same. When possible, look for laptop models that have user-accessible RAM that can be upgraded. You can start with 4GB as your budget configuration then add more memory later as needed.

Chromebooks with 4GB RAM should handle a decent number of browser tabs easily, so when faced with the choice of more memory or a faster storage drive (i.e., an SSD instead of eMMC storage), pick the faster storage drive. It’ll make the ChromeOS experience smoother overall.

Most people with a moderate budget ($500 or more) for a laptop should aim for at least 8GB RAM. We generally recommend this amount of memory for most people doing office work and other basic tasks, as well as gamers—especially if you’re looking at a model with soldered RAM and can’t upgrade it later. You should have enough capacity to comfortably see you through the machine’s lifetime.

As for Chromebooks, you typically only see 8GB RAM on the more luxe models. It’s not strictly necessary, but it will contribute to a highly responsive experience overall, as the other components in such systems tend to be on par with similar Windows laptops. The same applies for models with 16GB RAM, too.

For people doing office work or gaming, 16GB of memory can be a hedge against future needs. Maybe you create simple spreadsheets in Excel now, but later you’ll be working on complex documents overflowing with data. Or perhaps you strictly play games at the moment, putting most of the load on your discrete GPU’s VRAM, but later might also juggle other programs and lots of browser tabs in the background. In laptops where you can’t later upgrade the memory, you’ll be more future-proofed.

However, for content creators (and people who keep dozens and dozens of tabs open in multiple browsers) 16GB is a starting place. Renders can gobble up memory, for example. If you anticipate that you could need more RAM down the road, look for laptop models that support user-serviced upgrades.

People considering more than 16GB of RAM should be actively using programs known for gobbling up system memory or requiring it for optimal performance—for example, video editors working on time-sensitive projects. Many professionals would often rather pay more money if it cuts down on the time it takes to finish tasks.

But what about high-end gamers, you ask? While some top-of-the-line gaming laptops come with 32GB of memory, that amount has little to do with gaming needs. The cynical might call it a way to justify expensive configurations; or you could see it as the laptop maker maximizing the specs across the board to create a bleeding-edge vibe.

When figuring out how much RAM to purchase for a new laptop, find out if the model(s) you’re looking at allow user upgrades. Laptops can come with soldered memory, which means it’s fixed to the motherboard and can’t be upgraded, or they can rely on SODIMMs, which can be inserted and removed similar to desktop RAM.

If a laptop’s memory is soldered on, choose an amount that you think will see you through the machine’s lifetime. For example, if you anticipate doing more RAM-intensive tasks in the future, pony up for 16GB now. It will be cheaper than replacing your laptop sooner than anticipated.

If a laptop’s memory is user upgradable, you can hedge by choosing the lowest amount of RAM needed for your current workloads, and waiting to add more. For example, you can start off with 4GB RAM in a budget laptop then later upgrade to 8GB, saving you some money at the outset.

One note for gamers: If you run games on a laptop that relies solely on integrated graphics for output (e.g., Intel’s UHD or Iris Xe graphics, or AMD Radeon Graphics), you may want to increase its amount of system memory. Integrated graphics use RAM for storing image data from games as you play, which will reduce the amount available to other programs like web browsers or capture software.

Check out our roundups of the best laptops and best gaming laptops for expert recommendations across all price ranges.

For older laptops capable of RAM upgrades, first determine how much RAM is already in your system. If the amount matches your use case (as described above), consider a different upgrade instead—for example, if your system has a hard disk drive instead of an SSD, change that out first before adding more RAM.

If you think you can benefit from more RAM, verify first what SODIMMs are already installed. Is it a single stick? You can buy a second one with matching specs and pop it in for both a capacity bump and a faster dual-channel configuration. If both slots are already populated, you should then buy a larger capacity set to replace both sticks. Follow our guide on upgrading RAM to make this process plus installation a breeze.