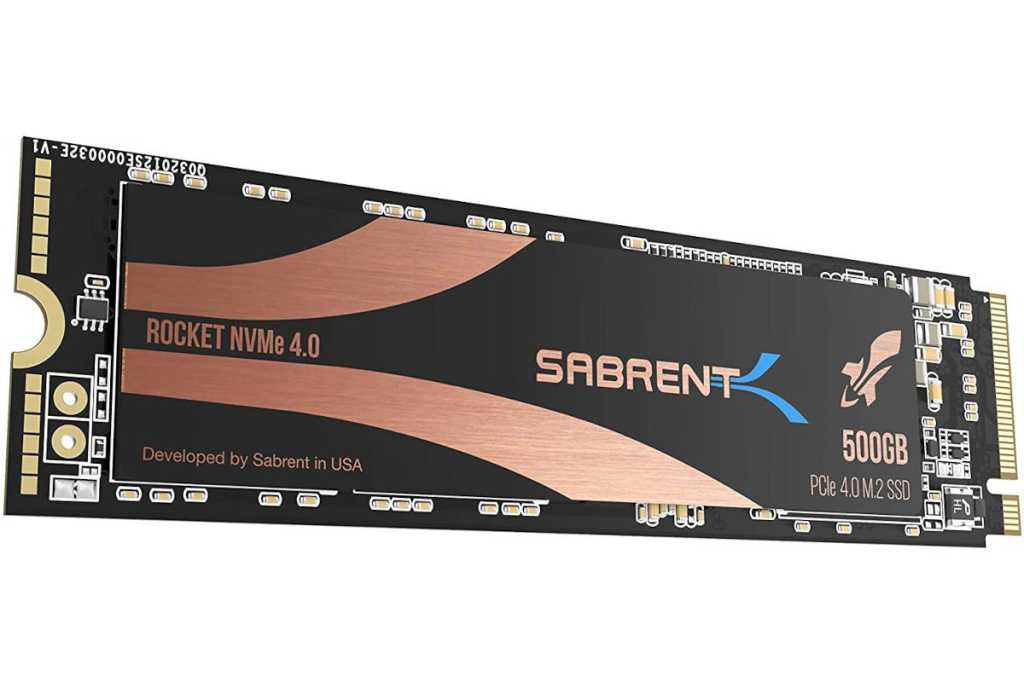 You’ve jumped in to PCIe 4.0 territory with an Intel Rocket Lake CPU or a recent AMD Ryzen CPU (and compatible motherboard, of course). Now it’s time to take advantage of all that extra speed with an ultra-cheap, yet face-meltingly fast PCIe 4.0 NVMe SSD. Amazon third-party seller Store4Memory is selling the Sabrent Rocket 500GB PCIe 4.0 SSD for $76.48.

That sub-$80 price is down from the usual $90 you’d pay. It’s also the all-time low price for this drive. Amazon handles fulfillment for Store4Memory, which means the drive is covered by Amazon’s return policy.

Sabrent says you can expect read speed up to 5,000 megabytes per second, and write speeds around 2,500 MB/s using PCIe 4.0-compatible gear. If you’re buying this drive to future proof and are currently using PCIe 3.0 Sabrent says those speeds drop down to 3,400 MB/s for sequential reads and the same 2,500Mbps for writes.

An important note about this drive—and most PCIe 4.0 drives—is they were designed to use honking big heatsinks for maximum performance. This drive doesn’t come with the heatsink included, but you can pick one up for $25. If that’s too much you can also try using it with the heatsink that came with your motherboard’s M.2 slot, but that may result in reduced performance.