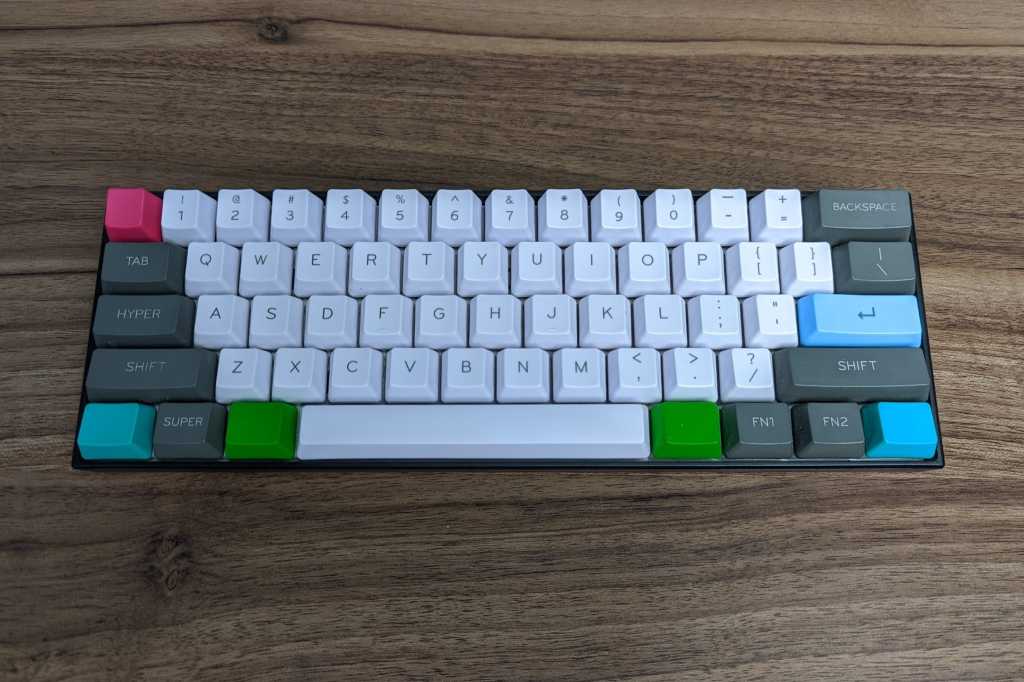 When I bought my first mechanical keyboard in 2015, I had no idea what I was doing. Coveting the clackety sound and glorious key travel of mechanical switches, I sprung for a hefty Rosewill Apollo keyboard without doing much research. It ended up being a poor fit for me, and I sold it on eBay a few years later.

Only later did I realize the depth of the mechanical keyboard rabbit hole, and how many granular options exist to get exactly the typing or PC gaming experience you want. After buying my first compact mechanical keyboard—then another, and another—I realized there was no going back to cheaper keyboards with mushy rubber membranes and blandly utilitarian aesthetics.

If you’re considering a mechanical keyboard yourself, don’t make the same mistakes I made. Here’s everything I wish that I’d done before buying my very first model.

Size down to 87 keys 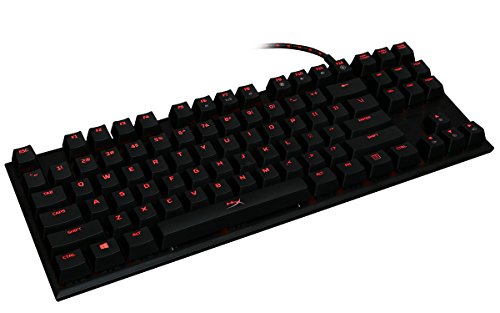 While some gamers and Excel wizards might consider a number pad non-negotiable, mechanical keyboards come in all kinds of sizes that eschew the standard 104-key format. You can lop off the number pad for an 87-key layout (as seen on the HyperX Alloy FPS Pro), or you can get even more compact with an 84-key layout that omits dedicated Insert, Scroll Lock, and Number Lock keys.

The smaller you go from there, the more keys will require holding a Function button to access. My Qisan keyboard omits the entire F-key row along with the Print Screen, Pause, and Scroll Lock keys, while my semi-portable Anne Pro 2 comes without arrow keys. Some keyboards even take those constraints to the extreme by dropping the number keys. Having a specific size in mind will narrow down your options significantly.

Different mechanical keyboards use different kinds of switches, and all have a big impact on how typing feels and sounds. Even within the broad categories of clicky, tactile, or linear switches, you’ll find variations in stiffness and feedback.

Clicky “Blue” key switches, for instance, feel light under your fingers and make a loud click as you press partway down, while “White” keys have a similar sound with more stiffness. Tactile “Brown” switches aren’t nearly as noisy, but they still make a little bump under your fingers as you press them. Linear “Black” and “Red” switches press straight down with no interference, with the former being stiffer than the latter. And while some keyboards are “hot-swappable” so you can easily move to a different switch type, most require soldering skills if you change your mind.

If all this seems overwhelming, an inexpensive $12 switch tester is a great investment. You’ll get to see what all the major switch types feel (and sound like), and it’s way better than any fidget spinner for stress relief.

Don’t cheap out on switch quality

With mechanical keyboards, the brand of key switch is arguably more important than the maker of the keyboard itself. I learned this the hard way after buying a keyboard with generic “Blue” switches, only to discover that it sometimes failed to pick up every keystroke, and I quickly returned it for a keyboard with name-brand Cherry MX Blue switches instead.

Some folks do swear by certain Cherry competitors—mainly Gateron and Kailh—and some big keyboard brands such as Logitech have their own custom switches. But steer clear of keyboards that only specify a switch color with no brand, and watch for sneaky language such as “Cherry Red equivalent.”

Keycap types are a rabbit hole within a rabbit hole, with a wide range of styles and profiles to choose from. If you’re just getting started with mechanical keyboards, the important acronyms to look for are ABS and PBT, as your keyboard is likely to ship with one or the other. The former are smoother and shinier, but their key symbols tend to fade over time and they’re more likely to show the grease from your fingers. The latter have a rougher finish that does a better job hiding the grime.

Plan for style ahead of time

Of course, part of the fun with mechanical keyboards involves buying your own aftermarket keycaps to customize the look and feel of your keyboard. Sites like Banggood and AliExpress offer keycap sets for as little as $20, or you can splurge on designer sets through sites like TheKey.Company and Drop.

If you plan to go this route, make sure to buy a keyboard whose body color and backlighting matches the style you want to create. You don’t want the keycaps you love to be a mismatch for the keyboard you just bought.

Wired USB connectivity is still the default for mechanical keyboards. While wireless Bluetooth options exist—the Anne Pro 2 and Keychron K2 are notable examples—you’ll be more limited in size and style by going that route. If you’re not planning to travel with your mechanical keyboard, foregoing the Bluetooth connection might make more sense.

On a related note, some wired mechanical keyboards have a USB passthrough port for plugging in a mouse, game controller, or other accessories. (The Das Keyboard 4 Ultimate even has two of them.) That can be a great addition if your computer’s port selection is limited.

From the outside, I admit it can seem unusual to put this much thought into a keyboard, especially if you’re not invested in mechanical keyboards for gaming performance. But if you do any significant amount of writing on a computer, you’ll be interacting with your keyboard constantly. Buying a mechanical keyboard is akin to investing in a high-quality, long-lasting tool that you can take pride in using.

As for the aforementioned rabbit hole—buying multiple keyboards in different sizes, each with their own switch types and keycap colors—that’s probably a little crazier. But don’t be surprised if the thought crosses your mind once everything clicks for you.

A version of this story originally appeared in Advisorator, Jared’s weekly tech advice newsletter, (and his mechanical keyboard obsession has only worsened since then). Sign up to get practical tech tips in your inbox every week.