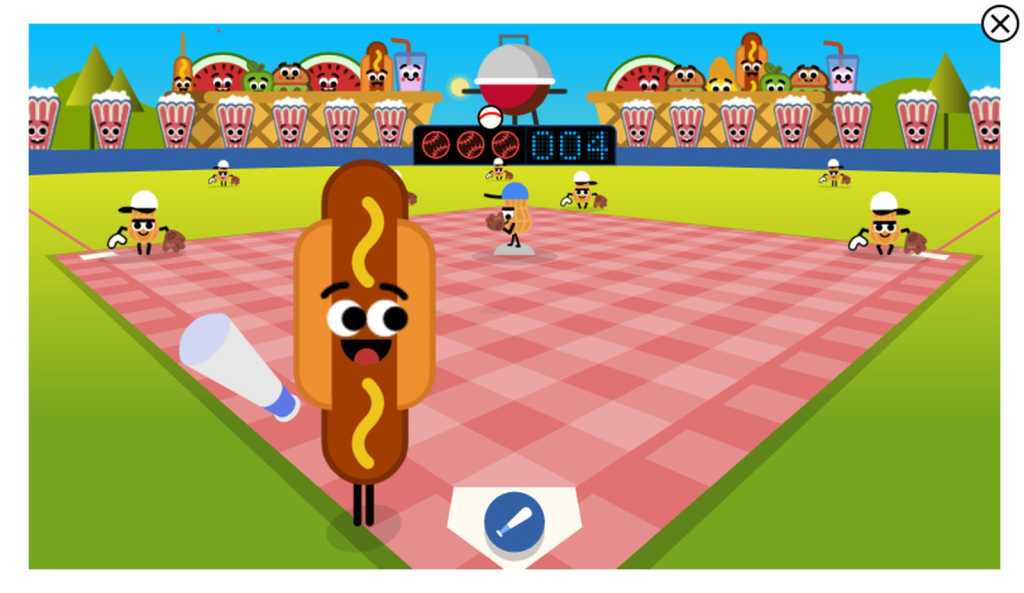 Most Google Doodles revolve around art that transforms the iconic search engine’s logo to celebrate anniversaries and special events, or to raise awareness of ongoing issues, like recent ones that shone a spotlight on Route 66 and Teacher Appreciation Day. But a few times each year, the Google Doodle team goes one step further and cranks out some high-quality games that take the drawings to another level.

Usually these games are meant to last anywhere from 2 to 20 minutes, though some last even an hour or more. (One or two may even make you refuse to give up until you beat them properly….) In no particular order, here are some of the best Google Doodle games you can still play.

Pac-Man is a timeless classic, so it only makes sense to kick off our list with this world-famous 1980s’ arcade game. On May 21, 2010, Google released this fun Doodle to celebrate Pac-Man’s 30th anniversary. Experience the nostalgia by chomping down on some dots, assorted fruits, and maybe even a ghost or two.

The objective of the game is to clear the stage of all the dots while avoiding the ghosts. If a ghost touches you, it’s game over. You can control Pac-Man using the arrow keys on your keyboard. If you have a friend that wants to play with you, click “Insert Coin” twice and Ms. Pac-Man appears! Ms. Pac-Man is controlled using the A,S,D, and W keys.

The Baseball Google Doodle was released on the Fourth of July, 2019, and what better way to celebrate Independence Day than playing some good ol’ fashioned baseball! To make things even more ‘merican, you play as various foods that you may find at a baseball game, such as hotdogs or nachos and cheese, while the opposing team are peanuts.

When you start the game, a random food item walks up to the plate. Press the Spacebar to swing your bat when the pitcher throws the ball. The speed and style of the pitch will vary as you score more points. The game ends when you strike out. See how many points you can score!

Continuing with the sports theme, Basketball lets you shoot hoops in this single-player time-passer. This was actually part of a four-day Google Doodle run, where you could also test your skills in soccer, slalom canoe, and soccer. According to Google Doodle lead Ryan Germick, these four games were played over one billion times in the span of four days.

The mechanics of the game is simple—just press and hold the spacebar to build up strength, and then release it to shoot. If you build up too much strength (or don’t build up enough), you’ll miss. See how many balls you can net within 30 seconds!

In celebration of 50 years of Kids Coding, the Google Doodle team released Coding for Carrots. This simple drag-and-drop game for kids introduces the concept of coding by using building blocks to send the rabbit in the correct direction to gather carrots.

Each block has an arrow pointing in a specific direction. To complete each level, players must add the correct sequence of blocks to direct the rabbit across the platform, collecting all of the carrots the level has to offer. The higher the level, the more difficult the sequence becomes.

Made up of six colors, six sides, and 54 squares, the Rubik’s Cube has been around since 1974. In 2014, Google released the Rubik’s Cube Doodle in celebration of 40 years of frustrating people around the world.

The objective of this game is to get each side of the Rubik’s Cube the same color by twisting and turning the blocks. To play the Google Doodle version, click and drag your cursor to spin the blocks or rotate the Rubik’s Cube. Good luck!

The Pony Express was a mail delivery service back in the 19th century. The first successful delivery was on April 14, 1860. As a nod to that history, Pony Express, the Google Doodle team made a neat Pony Express game where you collect mail on horseback, dodging obstacles all the while.

To play, users must use the up and down arrow keys to move the rider up and down, respectively. Collect as much mail as possible while avoiding cacti, fences, rocks, holes, and many other obstacles. There are three levels in total—try to collect all of the mail in each level!

Pangolins are the most trafficked animal in the world and face extinction thanks to poachers hunting them down for meat, medicine, and fashion. In order to raise awareness of this problem, Google made a love-based Doodle on Valentine’s Day back in 2017 in honor of the endangered pangolin.

The pangolin Google Doodle is a Sonic-like side scroller. Move the pangolin using your left- and right-arrow keys, and make it jump with the spacebar. Collect as many items as you can and make it to the finish line before time runs out.

Meow-loween is a spooky Google Doodle that was created to celebrate Halloween back in 2016. In Meow-loween, the player controls a cat named Momo who must save the School of Magic from the onslaught of ghosts.

In this game, each ghost has a symbol that appears over their heads. In order to send the ghost back to the realm of the unknown, the player must click and drag their mouse across the screen to draw the symbol. Be quick, because the longer you play, the more ghosts that appear!

The Doodle Champion Island Games is one of the longest Google Doodle games to date, taking around two hours to complete. This was originally scheduled to be released during the 2020 Olympics, but due to the pandemic delaying the event for an additional year, the Google Doodle team had more time to work on it, bringing even more fun to the table than originally planned.

To play, move your character around the world map and approach each challenge that awaits you. The controls are different for each game, so be sure to read the instructions carefully. Compete in all of the competitions and see if you can make it to the top of the leaderboard.

Ever get the urge to sling garden gnomes several meters across a garden using a catapult? Now’s your chance! To give a bit of background on the history of garden gnomes, including their origin and how they’re made, Google Doodle brings you The Garden Gnomes.

Loteria, often referred to as Mexican Bingo, is a traditional Mexican card game. The announcer shows a card, and you have to quickly see if you have a match on yours. Unlike bingo, the pattern you must make on your card changes each game. This is also the second Google Doodle that allows multiple players to join!

To play, listen to the announcer call out the card, take a look at it, and then check your card to see if you have a match. If you do, quickly drag and drop a bean on the card. If you don’t, then just wait until the announcer shows the next card. Match the pattern required for a win to complete the game. This is a game of chance, so good luck!

We’ve all made the mistake of popping an entire spicy pepper in our mouth. Filled with instant regret, we try to remedy the burning sensation as quickly as possible. Thanks to Wilbur Scoville, we know that running to the fridge and grabbing a jug of milk is the perfect solution to easing the pain. Also thanks to Scoville, we know how to measure the level of heat each pepper gives off. In honor of Scoville’s 151st birthday, the Scoville Doodle gives you the opportunity to show that spicy pepper who’s boss by chunking a scoop of ice cream at it.

At the bottom of the battlefield, you’ll see a bar with a circle quickly moving back and forth. To hit the pepper with a scoop of ice cream, try to stop the circle as close to the middle of the bar as possible. You can stop the circle by clicking your mouse. The more you progress, the spicier the peppers get. See if you can defeat them all!

This Doodle pays tribute to the 100th anniversary of the humble crossword puzzle and its inventor, Arthur Wynn. Google’s digital version operates just as its paper counterpart does—you fill answers, erase them, and re-enter them as you slowly piece the correct responses together.

No hints or easy outs here; if you need to ask for help, open a separate tab and use the Google search engine to ask for assistance. (Also known as “what exactly to fill in.”) If it’s been awhile since you’ve last done a crossword puzzle, this hint may make your life easier: Not all answers are a single word.

Created in honor of swing dancing and the Savoy Ballroom, the legendary dance venue in New York City’s Harlem neighborhood, this Google Doodle puts your rhythm game skills to the test. No need to be light on your feet or to dress in your best vintage outfits—instead, you’ll be sitting at home and tapping your keyboard for this one.

The challenges start simply enough as you match key presses to on-screen prompts, driven by music from the likes of Ella Fitzgerald and Louis Armstrong. But as the tempo rises with each level, so does the difficulty. If you’re naturally dexterous, take on the two-player mode solo to make the game far spicier.

This article originally was published on May 3, 2022. It was updated in August 2022 with additional games.