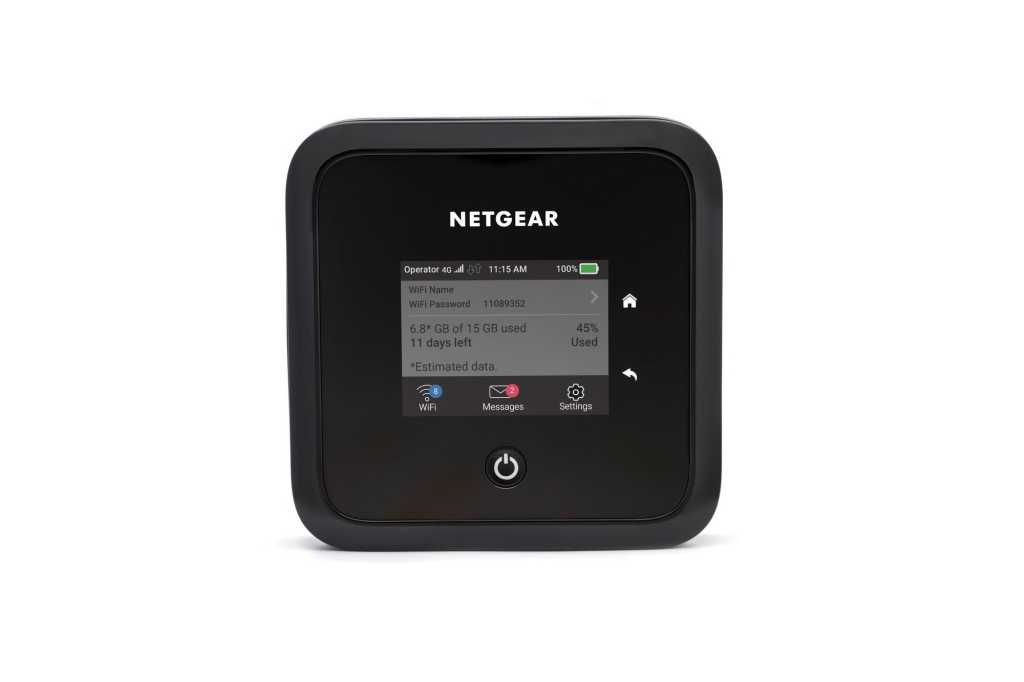 The Nighthawk M5 represents a new class of mobile hotspot—er, mobile router—that challenges the notion that you need a hardwired connection to get low-latency, high-throughput internet. What’s more, its mobile nature lends it a versatility that typical routers cannot match—after all, what other router can you just throw in a laptop bag and take with you to a coffee shop?

Netgear pitches the Nighthawk M5 as a boon for those working outside the home. Its connection to 5G networks, Wi-Fi 6 capability and up to 13 hours of battery life equals immensely usable internet access while traveling on vacation or even hosting in-person, out-of-office work sessions: Imagine co-working in a park instead of using spotty coffeeshop Wi-Fi.

The Nighthawk M5 is also presented as a replacement or backup to your home Wi-Fi network, thanks to its gigabit ethernet port that allows you to connect your existing wireless network to it instead of your modem or ISP gateway device. As a permanent solution, however, it might be a pricey gambit, considering most people use vastly more data in a month at home than they do on the go. You’ll want to be dead certain you have a non-throttling, truly unlimited plan to attach it to (which, handily, both AT&T and T-Mobile now offer).

Per the product data sheet on Netgear’s website, the Nighthawk M5 is rated for up to 1.2Gbps Wi-Fi transmits, and up to 3Gbps when connected via the unit’s USB-C port; although it’s important to note that, because of the normal wireless constraints of proximity and physical barrier interference (as well as the density of connected devices), it’s very unlikely you’ll see this kind of throughput from the internet.

While the Nighthawk M5 was promised for release in May 2020, what was ultimately delivered was an AT&T-only version—the MR5100—which was available in limited quantities, and is otherwise identical to the MR5200. The unlocked Nighthawk M5 is currently compatible with T-Mobile and AT&T and is available for a not-cheap $699.99 from Netgear.com.