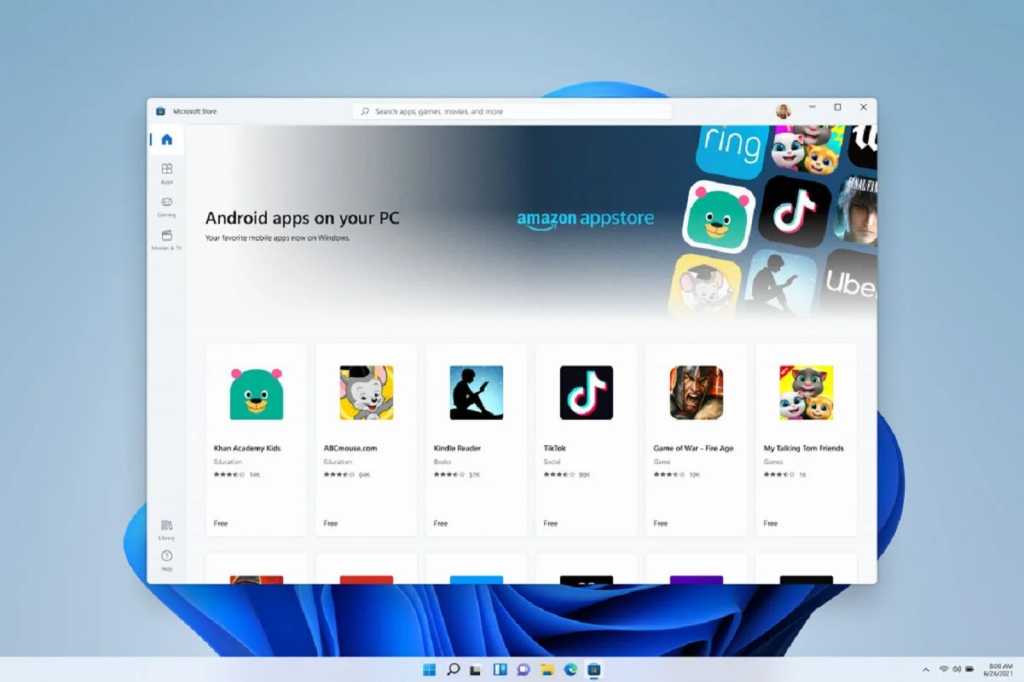 Microsoft snuck some key news into a corner of the Windows 11 release date announcement: Android app support, one of the most anticipated new Windows 11 features, won’t be available when the operating system launches on October 5.

“We look forward to continuing our journey to bring Android apps to Windows 11 and the Microsoft Store through our collaboration with Amazon and Intel; this will start with a preview for Windows Insiders over the coming months,” wrote Aaron Woodman, Microsoft’s Windows marketing manager.

If Android support will only start being tested with Windows Insiders in preview form in the “coming months,” we’d be shocked to see it arrive in the official Windows 11 build before sometime in 2022. The effort to bring Android apps to Windows without official Google support sounds complicated, requiring the help of Amazon’s app store and conversion technology running under the hood. As Windows reporter Mark Hachman explained in our look at 7 new Windows 11 features we didn’t expect:

“To bring Android apps to Windows PCs, Microsoft is using the Intel Bridge technology, which Intel describes on a high level as a “runtime post-compiler that enables applications to run natively on x86-based devices, including running those applications on Windows.”

It sounds like Windows 11 will be performing that work on your PC, rather than on the Microsoft Store, so that Windows 11 PCs should be able to sideload Android apps and games.”

The delay of one of Windows 11’s key features is a bummer, but assuming Microsoft, Amazon, and Intel are able to pull off Android app support in due time, it’ll make Windows 11 an even more compelling platforms for consumers and developers alike. Microsoft has struggled to lure developers into the thus-far-terrible Microsoft Store app, and leaning on Android apps to compensate may appeal to users who don’t like using web apps. And for people who are actually elbows-deep in cranking out code, the ability to run both Linux and Android apps on Windows 11 sounds mighty enticing indeed.

If you aren’t up to speed with Windows 11 yet, be sure to check out our overview of 7 big Windows 11 changes for a high-level look at things. We’ve also got a hands-on preview of Windows 11, along with a Windows 11 FAQ that holds all the answers we know about Microsoft’s next-gen OS so far.