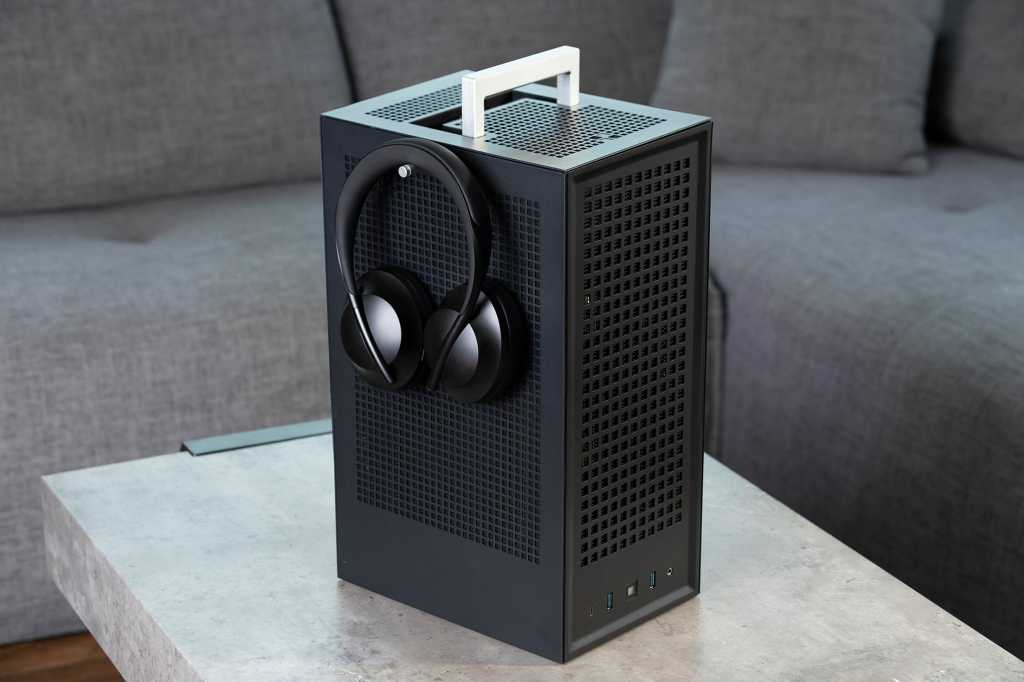 You likely know iBuyPower as a system integrator—a company that offers customizable prebuilt PCs using off the shelf parts. But the company also has a history of producing interesting standalone computer cases, namely the Snowblind series, which had a transparent LCD screen in place of a standard tempered glass side panel.

This time, the company has gone a different route. On Wednesday, it launched the Hyte Revolt 3, a mini-ITX case with a tower design similar to the popular SSUPD MeshliciousRemove non-product link and infamous NZXT H1, as part of its new Hyte lifestyle sub-brand.

At 18.4 liters, this baby monolith stands larger than both of its main competitors, the 14.7L Meshlicious and 18.2L Cooler Master NR200. The case most strongly resembles the Meshlicious, especially with its easily removed panels on all sides, but instead of going directly head-to-head with the Meshlicious, the Revolt 3 instead seems to focus on smaller quality-of-life upgrades not found in the other two cases. For example, a hinged radiator bracket for easier post-installation upgrades, an aluminum carrying handle, and retractable accessory pegs all come built into the case.

You also get more ports on the Revolt 3 than the Meshlicious and NR200: two USB 3.2 Gen 1 Type-A, one USB 3.2 Gen 2 Type-C, and a combination audio/microphone jack. iBuyPower says this case aims to be friendly to new small-form factor builders, as well as experienced SFF builders looking for more space due to an oversized graphics card. The emphasis is less on a compact footprint and more on a smooth building experience.

Perhaps that philosophy justifies the decision to restrict compatible power supplies to the SFX and SFX-L form factors. You can install CPU air coolers up to 140mm in height, or about double that allowed in its main rivals. The case also supports radiators up to 280mm, with a thickness of up to 35mm, and axial-fan graphics cards up to 335mm in length. (Technically, blower-fan cards will also fit, but iBuyPower says they’re not recommended for optimal airflow—which is probably why the company does not recommend installing the Nvidia Founders Edition of the GeForce RTX 3080 or RTX 3090.)

Sales for the Revolt 3 begin today for North Americans on iBuyPower’s new Hyte website, with color options of black and white. (Availability for European residents starts at the end of September.) Two variants exist: a $129 standalone case, and a $249 bundle that includes a 700W 80 Plus Gold SFX-L power supply and partially pre-routed power cables. The case + PSU bundle will also be available on Amazon and Newegg.

As added incentive for purchasing direct, the first 200 customers to buy the case and power supply combo via Hyte.com will receive a special edition Revolt 3 with a flight case. You’ll get an additional bronze-colored front metal mesh panel, along with a custom Pelican-esque case to protect your Revolt 3 build during travel.